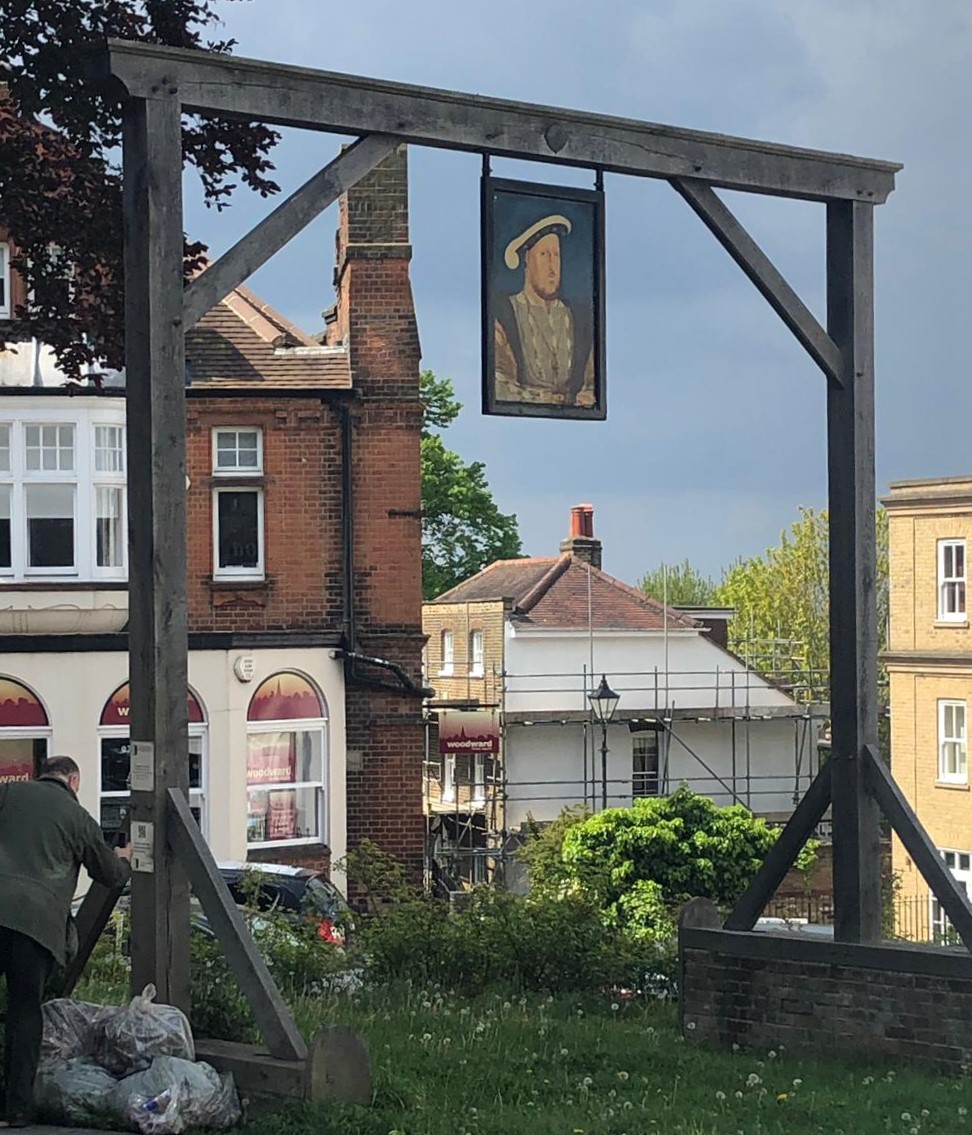 Situated in Harrow on the Hill, the Kings Head Hotel Gantry is a commemorative sign that hangs from a horizontal beam. Despite being a modern reproduction, it is one of only a few remaining gantry signs in the UK and has been preserved for its significance.

The term gantry has several different definitions in relation to construction. In the most general sense, a gantry is a structure that crosses over an area and can be used to display, support or suspend objects.

A gantry can be small (as in a kitchen gantry, which can be used as a support system for pots and pans or decorative objects), medium (as in a decorative gantry such as the Kings Head Hotel Gantry Harrow) or large (as in the case of gantries that display road signs, railway signalling or speed camera equipment or other traffic control devices).

Very large gantry scaffolds can be used to create bridge-like platforms that support towers, such as those used for electric power lines.

Gantry cranes (also known as portal cranes) typically consist of two ‘A’ frames connected by a lattice cross member which straddles the work area. The lifting gear is suspended from the horizontal cross member and can move along it on rails. On small gantry cranes, the ‘A’ frame may be wheel mounted, whereas larger cranes are typically mounted on powered bogies that run on rail tracks. Larger cranes tend to have the lifting gear mounted with a driving cab on the cross member.

Gantries may also be used for supporting window cleaning cradles and other facade access equipment.

Retrieved from "https://www.designingbuildings.co.uk/wiki/Gantry"
Create an article