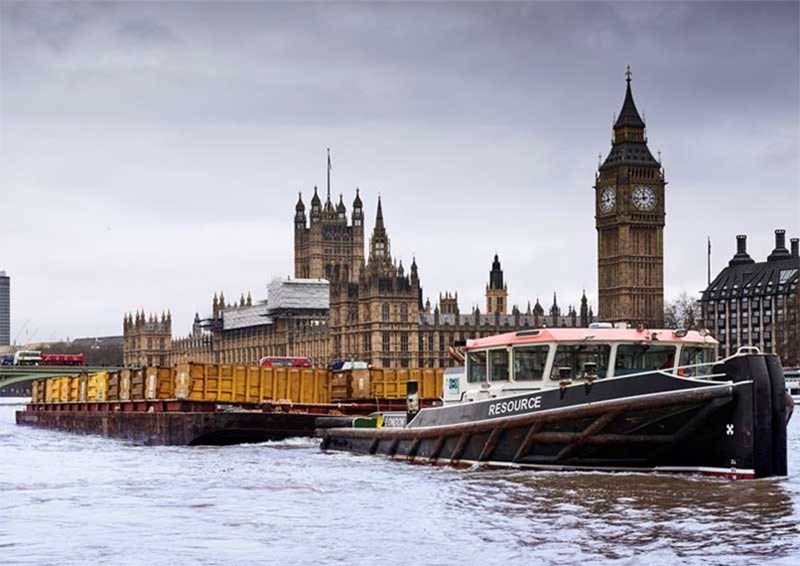 To reduce damage to the earth’s atmosphere and help prevent climate change the circular economy needs to be embraced and recycling and re-use significantly increased.

We need adequate infrastructure to manage the disposal of anything that’s left over – residual waste – in a manner that is environmentally responsible.

To some these incredibly difficult challenges at times appear at odds with one another.

But deploying energy from waste (EfW) more widely can quickly make a significant positive contribution – particularly if industry can help policy-makers overcome some of the many misconceptions around the sector.

The UK faces an acute shortage of waste treatment capacity, now and in the future, which is why landfilling of residual waste remains prevalent in the UK. We need more infrastructure to process residual (municipal and commercial) waste in the future.

According to independent research commissioned by Cory Riverside Energy, London alone faces a capacity shortfall of over 1 million tonnes per year of residual waste by 2030.

Industry’s priority must be to help policy-makers recognise that action is required, particularly as we move away from landfill while avoiding paying more and more taxpayer’s money for waste to be sent abroad for processing.

Arguments that recycling will plug this gap can be hugely frustrating. Even worse is the idea that EfW is somehow at odds with recycling.

The reality is that recycling levels have stalled. Even if they increase dramatically, the most optimistic recycling advocates must realise that there will always be residual waste left over.

EfW and recycling operate together very effectively in other countries, particularly when policy-makers are supportive of EfW technology that has proved capable, at scale, of processing lower ‘quality’ waste, i.e. after everything that is recyclable has been taken out.

Hand-in-hand with this we must work to ensure that the energy benefits of EfW get the recognition they deserve. Perceptions are changing but there remains a view among some that waste is a ‘cost’.

This does not recognise its massive potential to provide power for our homes, together with materials for construction and infrastructure projects.

At Cory’s Riverside EfW facility in Belvedere, over 750,000 tonnes of London’s waste, is processed, generating 528 GWh of baseload energy each year – enough to power 160,000 homes.

On a national level, EfW contributed 5.57 TWh of baseload electricity. That’s enough to power around 1.8 million homes, filling the gaps around renewable sources when the sun doesn’t shine and the wind doesn’t blow.

And it could do so much more. Under the right policy framework it could process the waste currently going to landfill or sent abroad as refuse derived fuel, EfW could provide an additional 7.63 TWh, enough to power 15% of UK housing stock.

Policy-makers need to recognise the value of the ash produced as part of the EfW process. At Cory, we produce 200,000 tonnes of recycled ash that is used as aggregate in the UK’s buildings and roads. That is 200,000 tonnes that is not being mined out of the UK countryside.

Part of the issue may lie in the commonly-held misconception that EfW is a ‘dirty’ method of disposing of waste and generating energy, that it’s part of the problem not the solution.

This could not be further from the truth.

Cory's Riverside plant provides some of the cleanest levels of emissions of any EfW plant in the UK. The plant operates well within emission limit values and emissions are improving year on year. In terms of air quality emissions, a walk around the facility will be enjoyed in cleaner air than London’s Hyde Park.

We are also able to further reduce emissions through our use of the River Thames to transport waste to our plant. By using our fleet of tugs and barges we can remove 100,000 truck journeys from roads each year and save around 13,500 tonnes of carbon. A further 149,000 tonnes of CO2 is saved annually by not sending the waste to landfill.

We need well-functioning EfW facilities to deliver the low carbon economy. For this to happen, industry needs to work harder to communicate the benefits of transforming waste into energy, and rebutting the often harmful assertions that EfW is the villain of the piece.

This article was originally published here by ICE on 16th Nov 2017. It was written by Nicholas Pollard, CEO, Cory Riverside Energy.

Retrieved from "https://www.designingbuildings.co.uk/wiki/Energy_from_waste"
Create an article