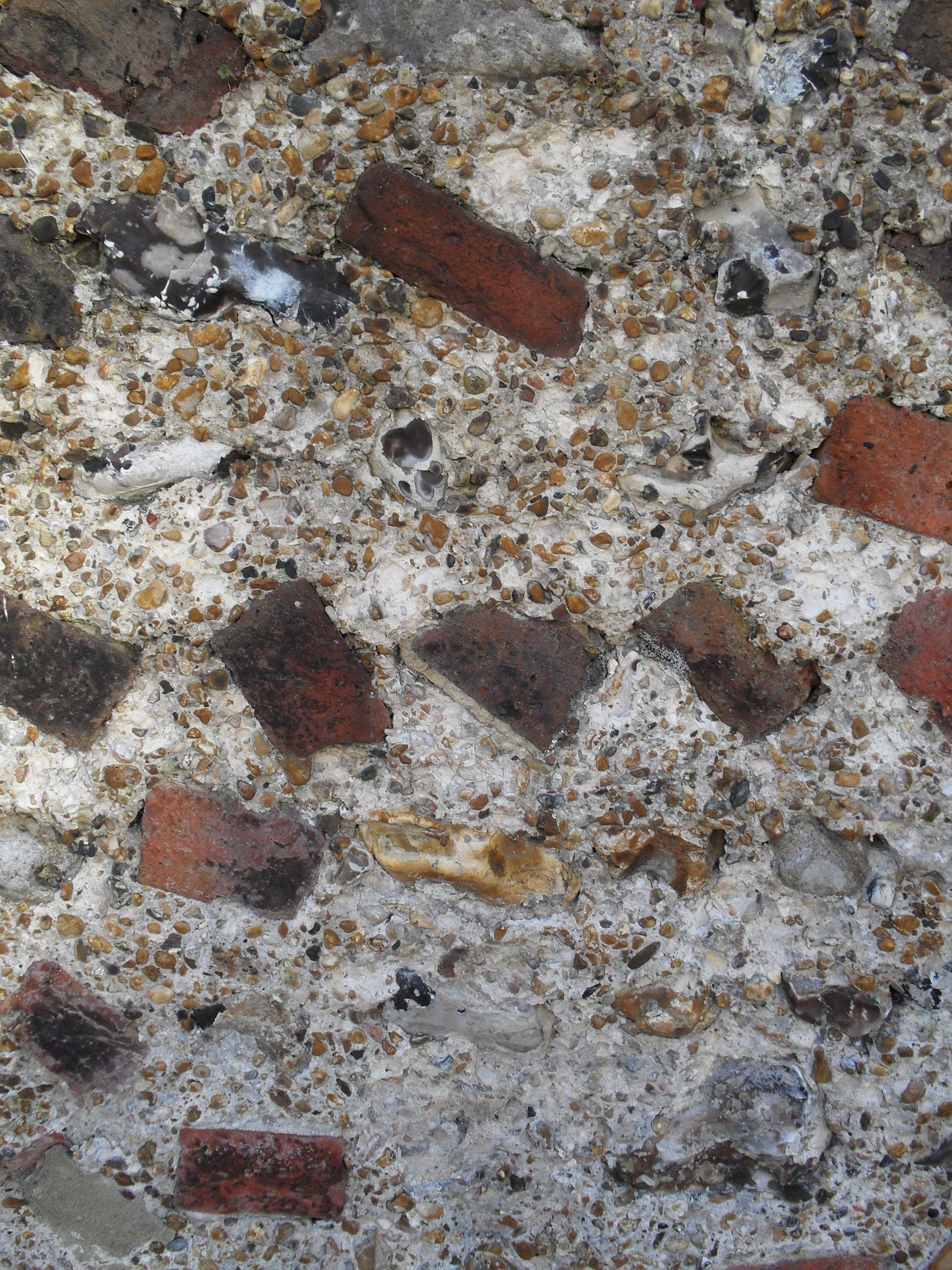 Bungaroosh is a composite building material made from lime, gravel, coarse sand, flints and sometimes brick fragments or other brick rubble. The spelling of the word has many variations, including bungeroosh, bungarouche, bungarooge, bunglarooge, bunglarouge and so on. As a wall construction material it pre-dates cement based concrete.

Walls made from bungaroush are almost exclusively found in the English seaside towns of Brighton (particularly in the Kempton neighbourhood) and Hove, where it was a popular product during the 18th and 19th centuries. Many Regency homes in Brighton and Hove that do not have brick walls feature bungaroush masonry. It may have been popular during this time due to the availability of discarded bricks and the affordability of flint from the South Downs around Brighton.

It was considered quick, easy, strong and cheap, and was most commonly used for garden walls or rear walls. They were normally protected with external stucco or plaster to prevent erosion. A galetted finish made from residual flakes of stone can also be used to fill spaces and help prevent erosion.

There is an expression, 'much of Brighton could be demolished with a well-aimed hose' which is associated with the city's reliance on this method of construction which is highly susceptible to water-based erosion.

Retrieved from "https://www.designingbuildings.co.uk/wiki/Bungaroosh"
Create an article