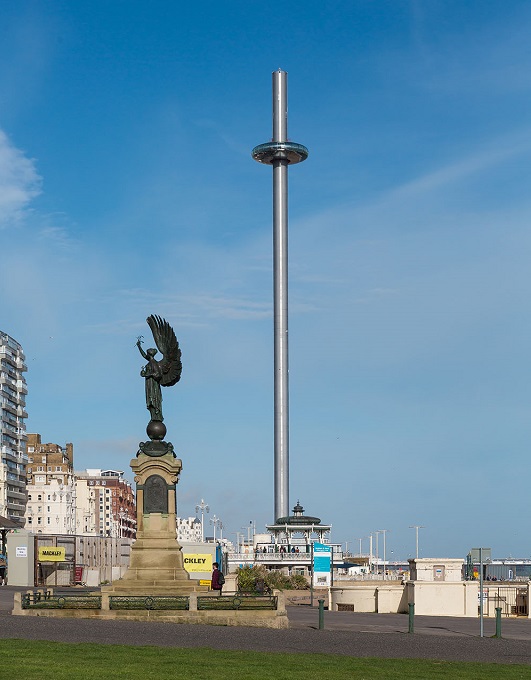 British Airways i360 was conceived and designed by Marks Barfield Architects, creators of the London Eye. The pod has been designed and built by cable car specialists POMA, who built the capsules for the London Eye. At 18 m (59ft) wide, the viewing pod is 10 times bigger than a capsule on the London Eye. 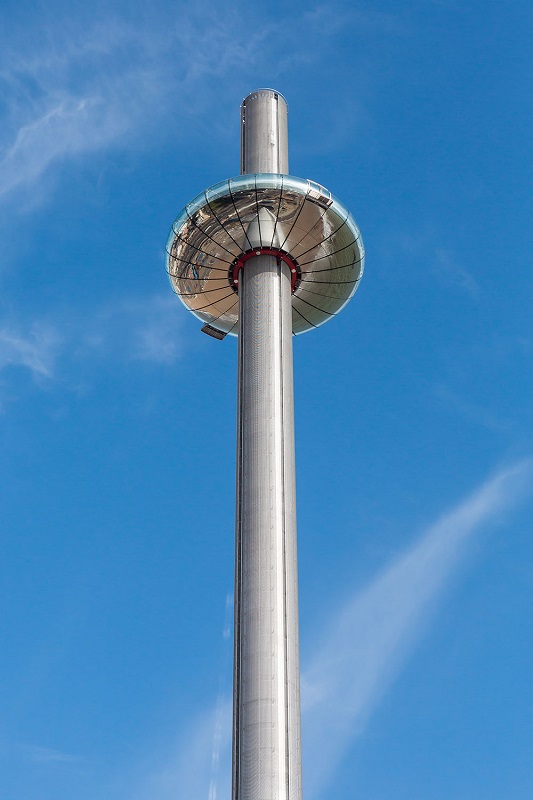 The overall height of the tower is 162 m, with an observation pod that rises from ground level to 138 m, offering 360-degree views of Brighton and Hove, the Sussex coast and the English Channel. It also holds the Guinness World Record for the most slender tower in the world, with its widest point being just 3.9 m.

Movement tests on the pod began earlier in June, progressing to a height of 30 m before reaching its full height on the 14th June.

The curved-glass pod is capable of carrying up to 200 visitors per ‘flight’, which lasts a total of 20 minutes (30 in the evening). The concept of the tower is that it will serve as a ‘vertical pier’, sited as it is at the root end of Brighton’s historic West Pier which closed in 1975 and remains in ruins following a fire in 2003.

The tower has its detractors though, with some describing it as an 'eyesore' which 'ruins the sea views' of Brighton.

The attraction’s visitor centre will incorporate a 400-seat restaurant The Belle Vue Brighton, a gift shop, a children’s play zone, an exhibition space, and conference and event facilities. 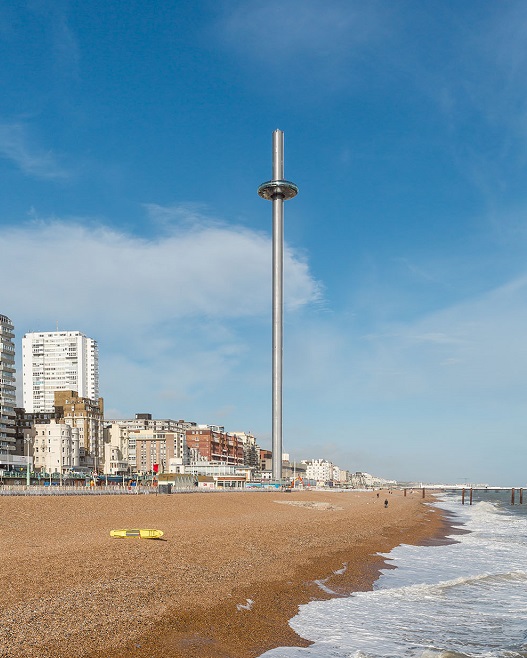 What an eye sore!