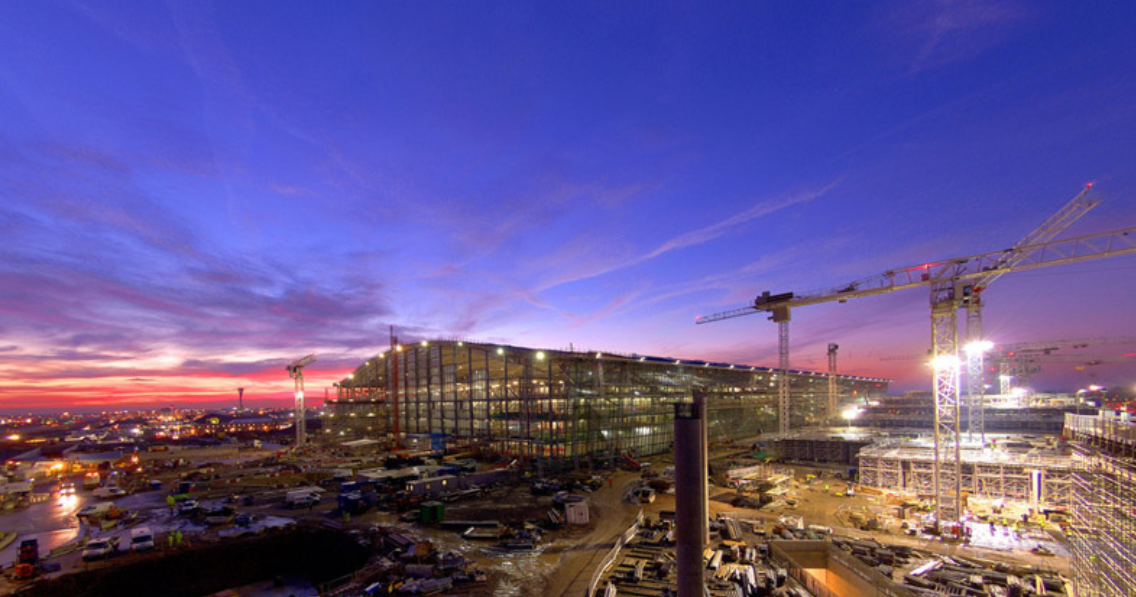 The throwing out of the Airports National Policy statement raises questions about the rest of the infrastructure pipeline.

Just before the COVID-19 pandemic, the Court of Appeal upheld that the Government had failed to adequately consider its commitments on climate change when setting out its policy for new airport capacity in the South East of England, as the Planning Act 2008 requires.

The decision came as a result of action to stop the proposed third runway at Heathrow Airport. And while the decision does not rule out a third runway, it does overrule the Airports National Policy Statement.

National Policy Statements are statements of intent; they set out government policy on the need for nationally significant infrastructure and where related projects should be developed. They also set rules for how Development Consent Orders – essentially planning permissions - should be obtained.

The Airports National Policy Statement did not grant permission for a third runway – granting permission is not the point of NPS’. It set out what Heathrow should consider when making its Development Consent Order – which Heathrow is in the middle of a consultation on. As part of the DCO process, the airport would have needed to set out how they plan to mitigate environmental impact, as all major projects do. The recent Court of Appeal ruling has not changed any of this.

The ruling itself was narrow, focusing on the NPS being produced by the Secretary of State, without the Paris Agreement on climate change being taken into consideration. But despite this, it has, rightly, refocused the spotlight on the environmental impact of major infrastructure projects and how these should be managed.

[edit] Impact on the infrastructure pipeline

There are currently 12 National Policy Statements. Six covering energy, three covering transport and three covering water, waste water and waste. All of these may now need to be reviewed.

Some projects, like HS2, don’t go through the NPS process but instead are underpinned by an Act of Parliament. But, regardless of the process, it’s clear that environmental impact is something all major projects will need to put heavier focus on going forward.

Heathrow, but not the Government, plans to appeal the decision. Regardless of the outcome, the Government can at any time reconsider the Airports National Policy Statement, so that it fully takes into account the Government's environmental policy, including the Paris Agreement on Climate Change.

A reworked NPS would then go through a Parliamentary approval process. Alternatively, if the Secretary of State determines that a revision to the NPS does not ‘materially affect the policy’ set out in the NPS, it would not require Parliamentary scrutiny. Importantly, a DCO application can be made against a draft NPS that has not yet been approved.

Infrastructure providers should welcome this focus on environmental costs and value. The ruling highlights that the UK government, asset owners and others around the world need to take into account the Paris Agreement when planning or approving infrastructure.

Decisions like the Court of Appeals’ reinforce that major infrastructure projects need to address environmental needs alongside economic and social ones. They must also demonstrate the long-term benefits and show how they can strike the right balance. While projects like HS2 will have their own carbon costs in construction and operation, they also have the potential to reduce carbon emissions.

Heathrow has set out how it plans to mitigate emissions by encouraging cleaner aircraft fuel development and the first electric aircraft, improving processes that reduce loitering times and through environmental restoration which could offset emissions.

Infrastructure provision is driven by our needs as a society. There are economic and societal drivers for infrastructure development – a growing population, new economic opportunities and improving technology means our infrastructure must and can work harder and better for us.

The Government should have seen this ruling coming and should have already been focused on ensuring that plans for major infrastructure projects meet commitments on achieving net zero.

ICE, and civil engineers, are part of this discussion. In July we will be publishing our State of the Nation 2020 report on achieving net zero, setting out what regulations, financial incentives and public education measures will be needed so that we, as a society, can pass on a cleaner and greener world to the next generation.

This article was originally published as "What does the Heathrow ruling mean for other infrastructure projects in the UK?" on the ICE Infrastructure Blog on 31 March 2020. It was written by Chris Richards, Director of Policy.

Retrieved from "https://www.designingbuildings.co.uk/wiki/Airports_National_Policy_statement_and_Heathrow"
Create an article