Why we need to talk about race 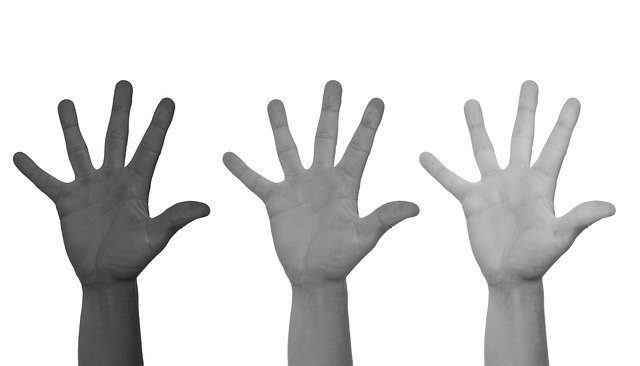 A 2021 survey of ICE members in the UK shows an unacceptable level of racism across the industry. Kate Cairns, chair of the institution's Fairness, Inclusion and Respect (FIR) Committee, discusses the findings, and what we need to do next.

Why I’m No Longer Talking (To White People) About Race by Reni Eddo-Lodge is a provocative book title, and as a white person, it stirred my indignation. If you "don’t see" race or think it irrelevant, beyond the scope of professional discourse, then Reni reminds us of, or indeed enlightens us to, 'white privilege'. And white privilege is why we all need to talk about race.

The FIR Committee was resolute that following the swell in public opinion in the wake of George Floyd’s death, in hearing of experiences of our young members shared by GSNet, and in the context of continuing complacency, ICE should take a proactive anti-racist stance. We recognised racism as powerfully destructive, as systemic, as ubiquitous, and entrenched: now was the time for talk, for frank and brave discussion, and the time for action.

In starting the conversation, and to determine the best action, the FIR committee decided to carry out the first-ever (admittedly long overdue) racism survey to invite those who experienced racism most acutely to share their experiences in order to better understand the issues within our industry and take an informed and measured approach.

The survey explored the extent of racism, company culture and how management and HR respond to racism. The scope covered the civil engineering profession and career progression, as well as the ICE and its operation.

It is well documented that racism is ubiquitous; it exists in sport, in politics, in healthcare and in the justice system, so while I am not surprised at the results of the survey, I am deeply saddened and ashamed at the extent of racism experienced and witnessed across the diverse demographic range of respondents.

One axiom follows: it is indisputable that racism is rife and can no longer be denied. That fact is unacceptable and must be changed.

We are engineers – we solve problems; this is a problem without a technical solution. Finding one necessitates we do things differently; we apply alternative skills. Being anti-racist requires the willingness to listen, the humility to acknowledge, and the courage to challenge, to call out, to stand up. Problems are deeply ingrained, and it behoves us all to have a critical eye for practices and behaviours that are discriminatory and to act or intervene.

The publication of this survey is an important starting point that serves as a call to action for both the industry and our institution. We hope it opens a wider conversation among civil engineers; we welcome feedback, further dialogue and sharing of stories on this journey to a more inclusive profession.

Following the survey, the ICE produced a toolkit to help organisations and individuals tackle racism and be more inclusive. This is a first step and an iterative process, and we welcome suggestions for improvements.

Back to why I am so passionate about this issue. As a white person, I carry privilege in all sorts of ways which I have never realised.

Dr Julie Scanlon, in her lecture on the topic, quotes Peggy McIntosh and her ‘Invisible Knapsack’ of white privilege, "an invisible weightless package of unearned assets" about which "we have been conditioned into oblivion". I unknowingly carry this all through my life, affording connections, healthcare, referrals, applications, maps, passports, visas, tools, blank cheques, opportunities, kindness, positive presumptions.

Peggy points out the blindingly obvious, yet paradoxically to which many white people are obviously blind; that if racism means Black people are disadvantaged, then white people have advantages: "I was taught to see racism only as individual acts of meanness, not in invisible systems conferring dominance on my group."

Peggy’s work on white privilege was informed through her observations of male privilege. An insightful and rare clarity on privilege is the illuminating and witty ‘Amateur’ by Thomas Page McBee, which follows his journey in becoming a transgender boxer.

He eloquently describes awakening to such male privilege and the indisputable tangible difference in the way he is treated as man than as a woman; now a room hushes as he begins to speak, he is no longer interrupted, colleagues ask for his layman’s advice, while ignoring the female expert in the room.

White privilege is why I must be humble. Why I must refrain from judging the behaviour, reaction, or feeling of someone when I haven’t lived their experience. As a Sioux Indian prayer says: "Great Spirit, let me never to judge another until I have walked in his moccasins."

As a white person, I will be an ally, I will listen and learn, I will have the courage to challenge and be challenged, and the humility to make mistakes. I will get comfortable being uncomfortable. I hope you will, too.

This article originally appeared on the ICE Community Blog portion of the ICE website. It was written by Kate Cairns, chair of ICE's FIR Committee, professional speaker and freelance consultant in sustainability, safety, inclusivity at Cairns Consultancy. She is a Royal Academy of Engineering visiting professor at Durham University: Embedding Sustainability and Inclusivity into Engineering. It was published on 10 August 2021.

Retrieved from "https://www.designingbuildings.co.uk/wiki/Why_we_need_to_talk_about_race"
Create an article