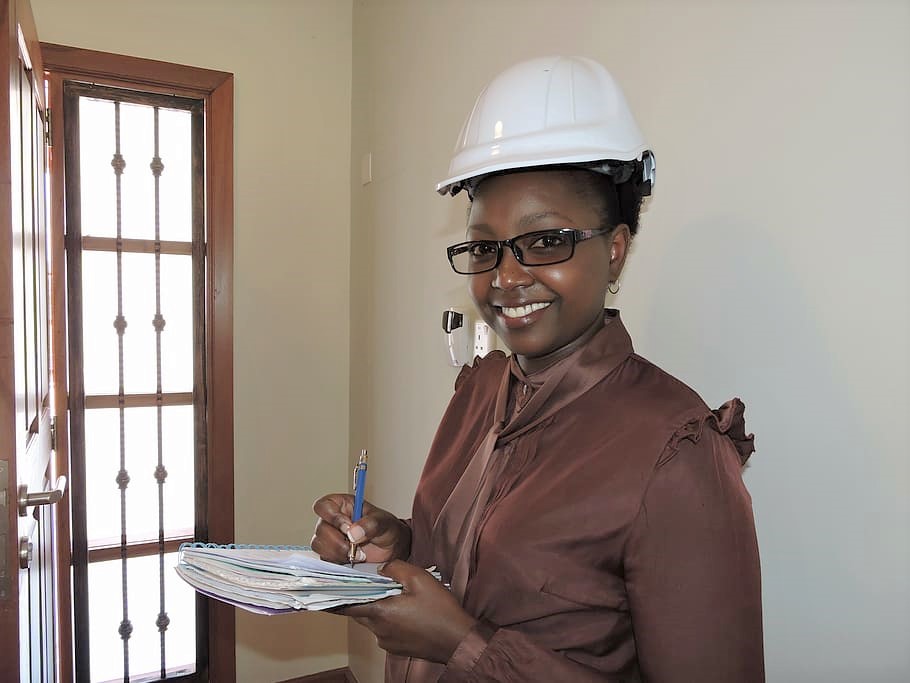 Georgia Thompson wonders if the historic achievements of British Black civil engineers have simply been forgotten.

I am a Black civil engineer. I can’t hide that; it’s written all over my face. It’s sometimes uncomfortable for people to say the word black when referring to my skin tone. I’m not uncomfortable, as I love being a Black woman and I love celebrating the achievements of Black people even more.

1987 saw the first Black History Month in the UK, organised by Ghananian analyst Akyaaba Addai-Sebo. It was purposely set in October rather than February (which is when Black History Month takes place in the USA), as the community felt it was important we recognised the achievements and history of Black people in the UK.

[edit] Where are the UK's historical Black engineers?

As with most media, I believe it’s heavily influenced by the US. The only Black female engineers I know off the top of my head weren’t even engineers!

Known as the ‘Human Computers’, Dorothy Vaughan, Mary Jackson and Katherine Jackson were mathematicians who sent the first American astronaut John Glenn into orbit in 1962 and calculated the flight path of Neil Armstrong to become the first man on the moon in 1969.

If it weren’t for the film ‘Hidden Figures’, based on a book by Margot Lee Shetterly, I would never have known these women existed. That's exactly why Black History Month exists - to remember, recognise and acknowledge the contributions of black people in history, particularly in the UK.

However, I don’t have any examples from the UK!

After a quick scan of Google with differing phrases, nothing comes up, but I just don’t believe this is the case. My action from BHM 2021 is to make sure I find some. If you can help, please get in touch!

History is typically what is written down and what’s been salvaged. In a world pre-computers and pre-Internet, I know this information has just been forgotten about.

However, there's always a time and place to recognise achievements of those who are sometimes forgotten and that’s why I love Black History Month. It gives me inspiration to go further than just what I’ve read or studied at school, which was mainly the Cold War and Henry VIII (yawn).

It gives me an opportunity to remind myself (and the world) that Black excellence isn’t a new thing.

In the absence of British examples, I’ve found some connections from Jamaica, where my grandparents were born.

From the University of the West Indies (UWI), Professor Anthony Chen, Dr Leonard Nurse and Professor John Agard jointly received the 2007 Nobel Peace Prize for their contributions to studies in environmental and climate change on the Intergovernmental Panel on Climate Change (IPCC).

This is so relevant to me now, especially with ICE President Rachel Skinner's call to action for civil engineers to respond to climate change.

As an engineer who has worked mainly on railways, this next one relates to something I do all the time.

Granville T Woods was an African American born in 1856. He was a mechanical/electrical engineer and his father was a civil engineer (now to find the UK equivalent!).

Woods invented 15 appliances for electric railways that formed the basis of the ‘third rail’. The third rail is something I have had to consider constantly, and it’s empowering to know that without the contribution of a Black engineer, we may not know the railway as we see it today.

[edit] An opportunity to look forward

Black History Month gives us an opportunity to look back, but for me I always look forward. When I chose civil engineering, I didn’t really know what it was, nor did I know anyone who knew what it was either. I just wanted to do it. I’m stubborn like that.

Now, armed with a bit of knowledge and experience, I always try to pay it forward - whether that’s spending time with my 10-year-old cousin, loaning her my clipboard and hard hat (with chief engineer) for a school careers day, or explaining to her how I contribute to building bridges. She now knows at least one person who’s a civil engineer, although her brother is pretty good at bridge designing, too!

In society, there's a great pressure to be the first, but it’s not always necessary. When it comes to Black representation, sometimes you just need to exist. Do your best. Be yourself.

I'm not particularly outstanding. I’m an engineer who loves rail bridges and paints her nails pink. And I just happen to be Black and female.

This article originally appeared on the ICE Community Blog portion of the ICE website under the headline, 'Black excellence isn't new - so where are the UK's examples?' It was written by Georgia Thompson, ICE graduate member, inclusion advocate and civil engineer at Bam Nuttall and published on 21 October, 2021.

Retrieved from "https://www.designingbuildings.co.uk/wiki/Black_excellence_in_UK_civil_engineering"
Create an article