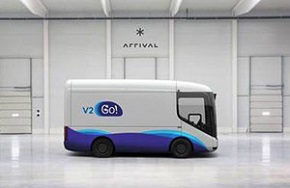 In February 2018, the Department for Transport announced a new £30 million investment in vehicle-to-grid (V2G) technologies that have been described as ‘revolutionary’. It is hoped that the new technologies will unlock the potential for electric vehicles to help power homes, as electricity can be delivered back to the smart grid.

As part of the government’s Industrial Strategy, set out in the Automotive Sector Deal, funding has been awarded to 21 V2G projects including EDF Energy’s V2GO scheme. This scheme aims to demonstrate how energy stored in electric vehicle batteries could be ‘borrowed’ during peak hours by the electricity system, and then be recharged during off-peak times.

It is hoped that by using electric vehicles in dense urban areas like Oxford, local emissions will be significantly reduced and air quality improved. The V2GO scheme is a large scale demonstration of V2G charging using 100 electric fleet vehicles (cars and vans) from a number of organisations.

The project will develop, trial and evaluate potential business models for fleet operators’ use of electric vehicles and their suitability for vehicle to grid (V2G) charging.

The assessment process for the funding has been concluded by Innovate UK, with almost £30m of government money being granted to industry-led collaborative R&D for up to 70% of project costs.

“As the number of electric vehicles grows and their battery capabilities increase, there is a huge opportunity for them to make a significant contribution to a smart grid.

“These projects are at the cutting edge of their field. Just like the visionary designs of Brunel and Stephenson in transport, they could revolutionise the ways in which we store and manage electricity, both now and in the future.”

“Electric vehicles will play an important role in the future of UK energy and its economy. They will have a beneficial impact on the environment by reducing emissions and improving air quality.

“Through our research, EDF Energy will use new technologies, business models and smart systems to make low carbon transport, and the infrastructure and market conditions needed for its success, a reality.”

Retrieved from "https://www.designingbuildings.co.uk/wiki/Vehicle-to-grid_(V2G)_technologies"
Create an article