The area of my concern is the heating of large volume living spaces within the built environment, particularly high ceilinged 100- 150 year old tenement property living rooms in Glasgow.

Tenements were erected in the later half of the 19th century in Glasgow to deal with rising housing demands. The properties were large in floor plan as well as volume to offer accommodation to families both small and large.

This type of accommodation was designed with recesses in social rooms (lounges, kitchens) to provide beds for children. Coal was cheap and fireplaces were in the majority of rooms and with women seldom in the workplace there was someone at home to continually stoke the fire and heat the building throughout the day. With social changes and further housing development in the outskirt of cities these tenement properties in inner parts of Glasgow are now relying on modern heating methods of centrally delivered electrical and gas power. The majority of the people living within this type of accommodation will experience heat poverty and innovative solutions are required to give users the same degree of comfort experienced by users of modern timber framed highly insulated homes.

The problem therefore is the heating of a space to a level that is suitable for human comfort. Factors that affect this include the following climate, weather conditions, and volume of enclosed space, potential energy requirement, power, time, insulation and activity.

Potential solutions I have identified are the user could increase activity within the space so as to heat the body up via means of kinetic energy but as the space primarily identified should be a place of relaxation and recuperation from daily activities this is not an acceptable alternative.

The increased power output of a locally supplied heat giver is not an option as this would result in greater damage to the environment via the use and incremental exhaustion of fossil fuel supplies which under current European directives and global strategies is unacceptable. Also at the local level it would mean a greater loss of power for the end user.

Control of climate and weather is impossible but insulating against them is not and so double-glazing should be installed and all areas where drafts might occur should be neutralised, as warm air will always seek to move towards cold air.

The volume of the space is still the problem and measures could be taken to bring the space/spaces up to passivhaus standard by building the walls out with greater insulation and reducing ceiling heights. Removing deafening (building waste material from between structural joists and replacing with a number of suitable insulation types, foam board, sheeps wool etc…..) but this would also be of great cost to the user/client.

Aesthetic considerations should also be taken into consideration when designing as the large ceilinged and corniced spaces of period properties are sometimes the most desirable parts of the property and the reason the user has chosen to stay there in the first place.

So the problem is an efficient means of heating a space with minimum cost and disruption to the living environment. With most options exhausted the aforementioned reduction of space is the alternative. In order to do this without losing aesthetic of place and enjoyment of space that comes with height. A temporary affordable user controlled volume reducer is the answer.

Through researching the idea of a volume reducer I looked at ways of encapsulating the user in a bubble that could be inflated around them providing an inner insulation within the building itself. This would prove impractical and with impracticality would come a lack of use that would render it ineffective.

I looked at ways of utilising existing expanding sphere structures used in childrens toys and temporarily cladding them but that proved too complex and again in effective as a simple and affordable solution.

In conclusion I came to look at domestic inventions and innovations that could be merged and innovated upon to produce a solution.

One particular product came to mind that could help was a conservatories custom made horizontal roller blind which is almost always shaped as a rectangle and designed to fit but made to keep light out as opposed to heat within. 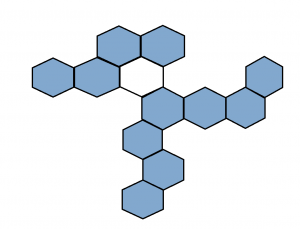 There are five particular products, which I think if engineered in a certain way they could bring about the required solution.

It is worth clarifying at this point that this particular innovation offers nothing greatly different to existing inventions but requires a high level of customising to create a useable popular solution to an existing environmental and human problem.

Existing inventions to be used as the basis for modification are the bracket less shelf, the picture rail, the roller blind, thermal insulation material and the corrugated steel shutter often seen on locked shop fronts and garages. 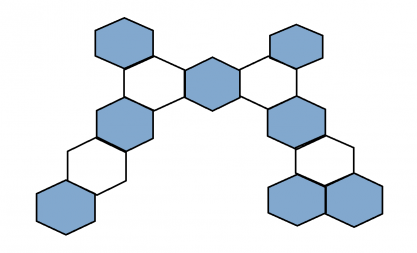 The corrugated steel shutter is the existing product that works in way most suitable for the innovation I have been working on. With the cuboid enclosure which houses the sheet material within a roller when it is not extended and the guides rails which extend from its edges encompassing the whole space keeping whoever is outside out and whatever is inside in the device meets the majority of the engineering side of the idea but not the aesthetic.

The bracket less shelf offers aesthetic compatibility within the domestic environment and if situated on the narrowest wall of the domestic living space would not seem out of place whilst the blind was fully retracted. A steel cuboid that housed the roller with selectable aesthetic (wood, steel, plastic, painted, decorated panels) on the exterior masking the inner working of a roller housing looking like a shelf but capable of opening to release the blind material.

Once the blind was drawn out from its housing rollers on its end would run along a picture rail like sections that would keep horizontal line with the shelf. This rail would be both aesthetically acceptable whilst the blind was retracted as they are commonly used in the domestic environment but would be engineered to such a level that it would be able to carry the blind across the area of the room so as to fully enclose the space.

The roller blind itself would be the most difficult to realise. The materiality of it will have the greatest impact with regards to engineering performance and aesthetic appeal. A neutral approach at first might be the best way to deal with it. The colour of most ceilings tends to be white or cream so as to lift the room and as the volume is being reduced dark colours would be best avoided. In time though innovation with the materials design and decoration could lead to more attractive patterns pictures which make the cover a more attractive piece, more like a decorative rug above or a Fresco/ wall mural. Rhinestones could be added to allow light to pass through. The engineering of the material will be important, as the specification will determine its capacity for reflecting and insulating heat.

Merging these designs with a high level of craftsmanship and detailed material selection could provide a highly stylised solution to the problem of temporarily reducing volume within a living environment without compromising on internal aesthetic and improving human comfort.

Further points for consideration at this point are the covering of awkward spaces which are off square i.e. bay windows, recesses, curved walls etc… and materiality considerations with regards neutrality and colour, texture, and ceiling lighting causing obstruction or allowing for light permeability.

Retrieved from "https://www.designingbuildings.co.uk/wiki/User:Bill_Whittaker"
Create an article