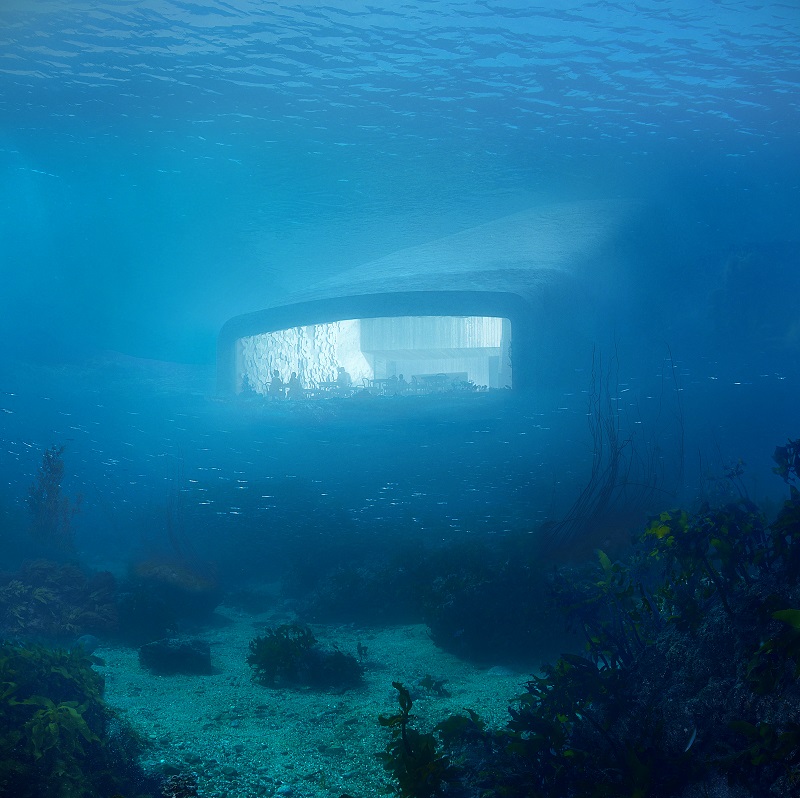 In October 2017, the architecture firm Snøhetta revealed their designs for Europe’s first underwater restaurant. Located by the village of Baly, at the southern-most point of the Norwegian coastline, the restaurant will also function as a research centre for marine life.

Known as 'Under', the restaurant will be half-submerged, resting on the sea bed 5 m below the surface, with its monolithic form breaking the surface and lying against the shoreline. Massive acrylic windows measuring 11 x 4 m will offer diners views of the seabed as it changes with the seasons and varying weather conditions. 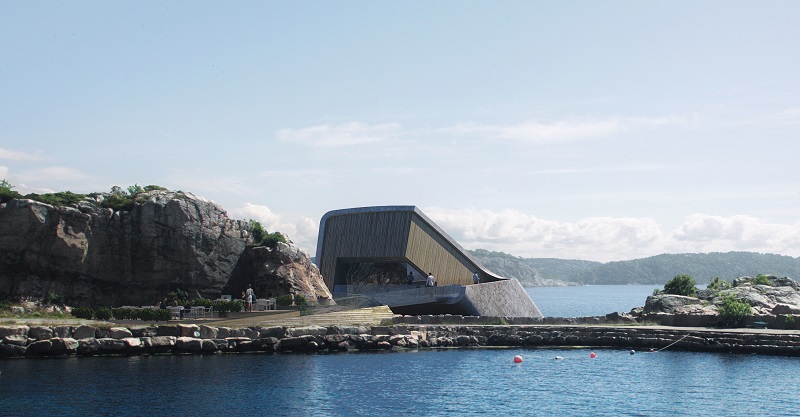 The designers are keen to stress that their concept sensitively considers its geographic context. The sleek, streamlined form of the building is encapsulated in a 1m thick concrete shell with a coarse surface for mussels to cling to. Over time, it is hoped the submerged structure will become an artificial mussel reef that attracts more marine life to its purified waters. The entrance will be clad in untreated, locally-sourced oak that will eventually harmonise with the concrete as it fades to greyish tones.

The colour palette of the restaurant has been chosen to follow the logic of the building’s different levels. The champagne bar will be designed in subdued colours inspired by the shells, rocks and sand of the coastal zone, while the lower dining room will be submerged in darker blue and green colours to harmonise with the seabed and seawater. 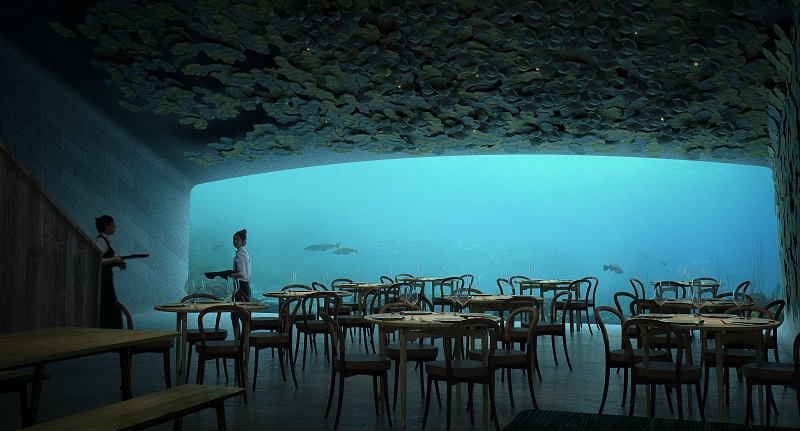 ‘Through its architecture, menu and mission of informing the public about the biodiversity of the sea, Under will provide an under-water experience inspiring a sense of awe and delight, activating all the senses – both physical and intellectual.’

Retrieved from "https://www.designingbuildings.co.uk/wiki/Underwater_restaurant"
Create an article