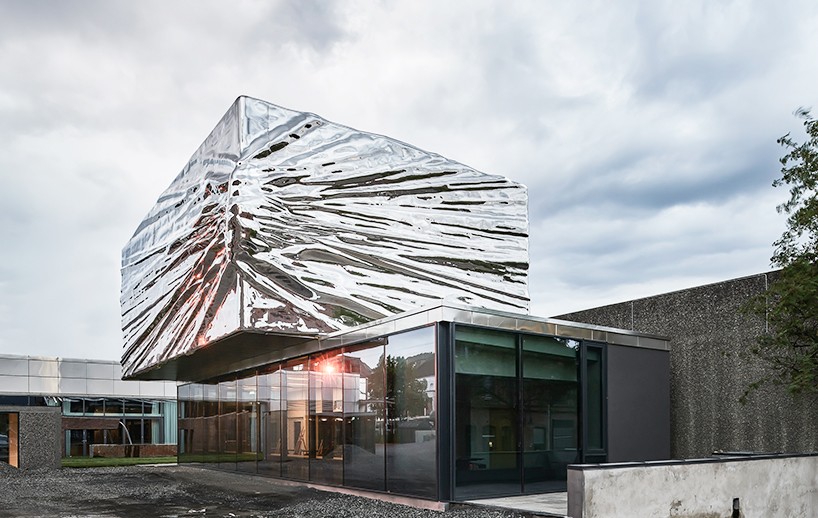 In December 2016, architectural practice Snøhetta completed their extension of the Lillehammer Art Museum and Cinema in Norway.

The striking extension is formed by a cantilevered cube covered in a layer of crinkled and polished stainless steel. It was designed by the late Norwegian artist Bard Breivik in response to the idea of art hovering above a transparent base. 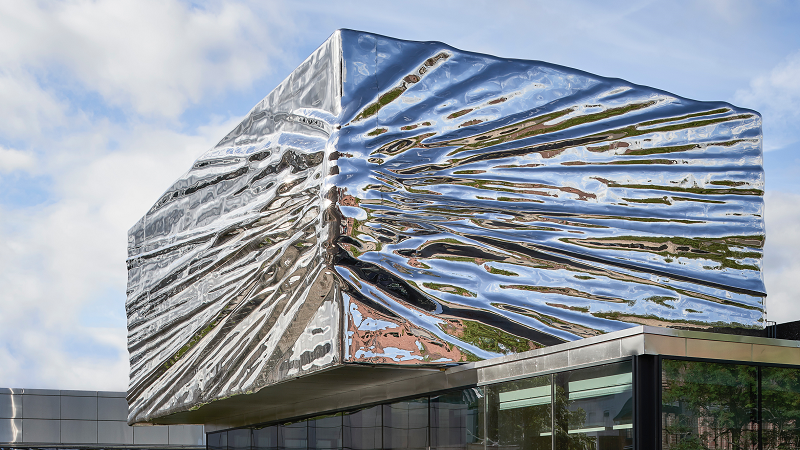 The new extension adjoins a previous extension created by Snøhetta in the 1990s and provides further gallery space as well as two new cinema theatres. 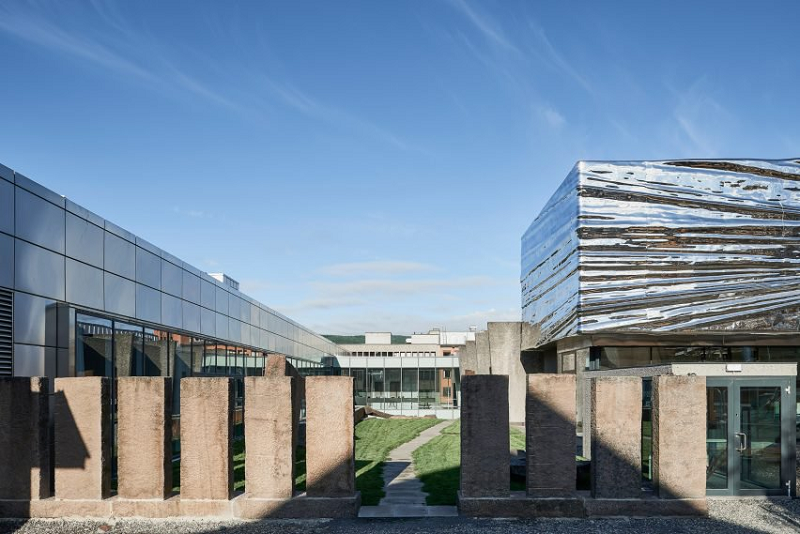 According to Snøhetta, "The gallery's striking metallic wrapping reflects the surrounding context and changes its appearance with the light.” 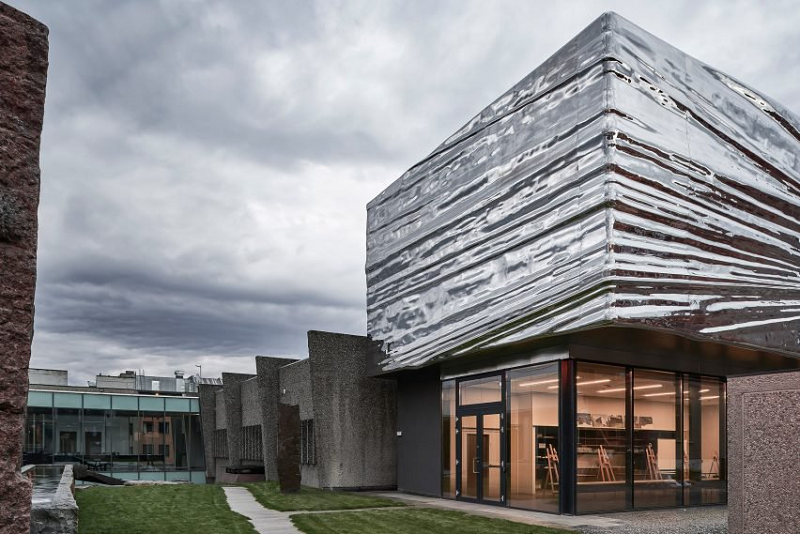 Retrieved from "https://www.designingbuildings.co.uk/wiki/Lillehammer_Art_Museum_and_Cinema"
Create an article