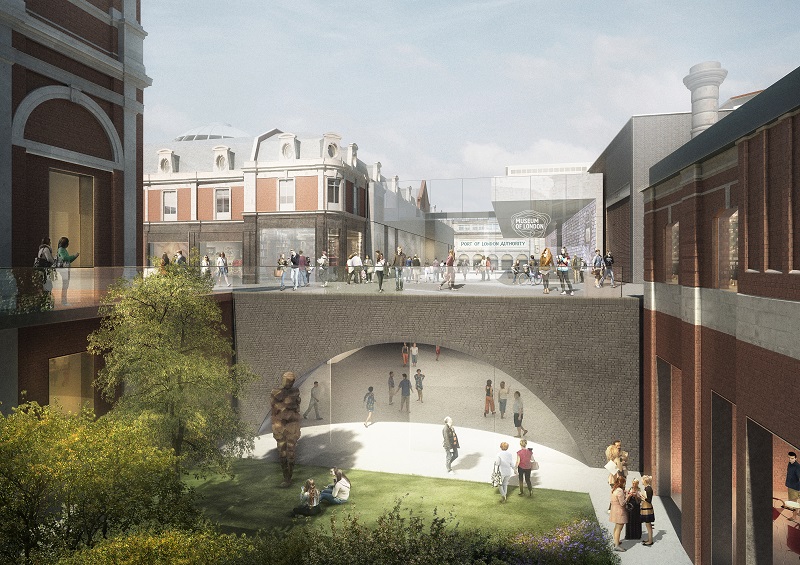 On 12 August 2016, Designing Buildings Wiki attended an event, hosted by New London Architecture at The Building Centre, entitled 'The future of Smithfield Market'.

The event began with Sharon Ament, director of the Museum of London, introducing the competitive process that was held to design the museum's new home at West Smithfield, and the winning team - Stanton Williams and Asif Khan, together with conservation architect Julian Harrap and landscape design consultants J&L Gibbons.

Ament said that despite welcoming 1.25 million visitors in 2015, and even though a central-business district (CBD) of-sorts has built up around the museum since it first opened in 1976, it could not be said to be in the most convenient or obvious location for attracting tourists, especially on weekends.

By relocating the museum in West Smithfield, building it around and beneath the legendary produce market, it is hoped that this issue will be solved. 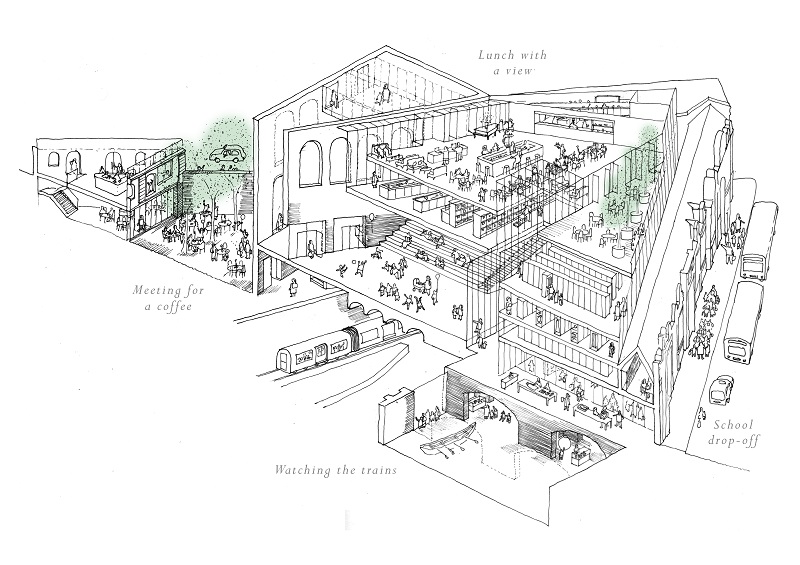 Paul Williams, director at Stanton Williams, explained in more detail the concepts behind the winning designs and the potential of the site, which involves balancing contemporary design with the physicality of the existing market architecture, to create an exciting and dynamic museum.

He drew particular attention to the idea of lifting the existing, rather flat, market dome on a collar, allowing natural light into the museum entrance below. He emphasised that the entrance hall, with its 16m wide dome, would be nearly twice the size of the Natural History Museum hall.

Drawing on the excellent preservative qualities of the location's clay soil, with amazing archaeological discoveries continuing to be made, Williams explained the idea behind visitors descending on spiral escalators down to the exhibition galleries, as being a 'portal to the past', creating a physical experience of moving down through history.

The design also includes flexible spaces to serve as a new meeting place for London and a centre for events and debate; as well as a new sunken garden and green spaces. 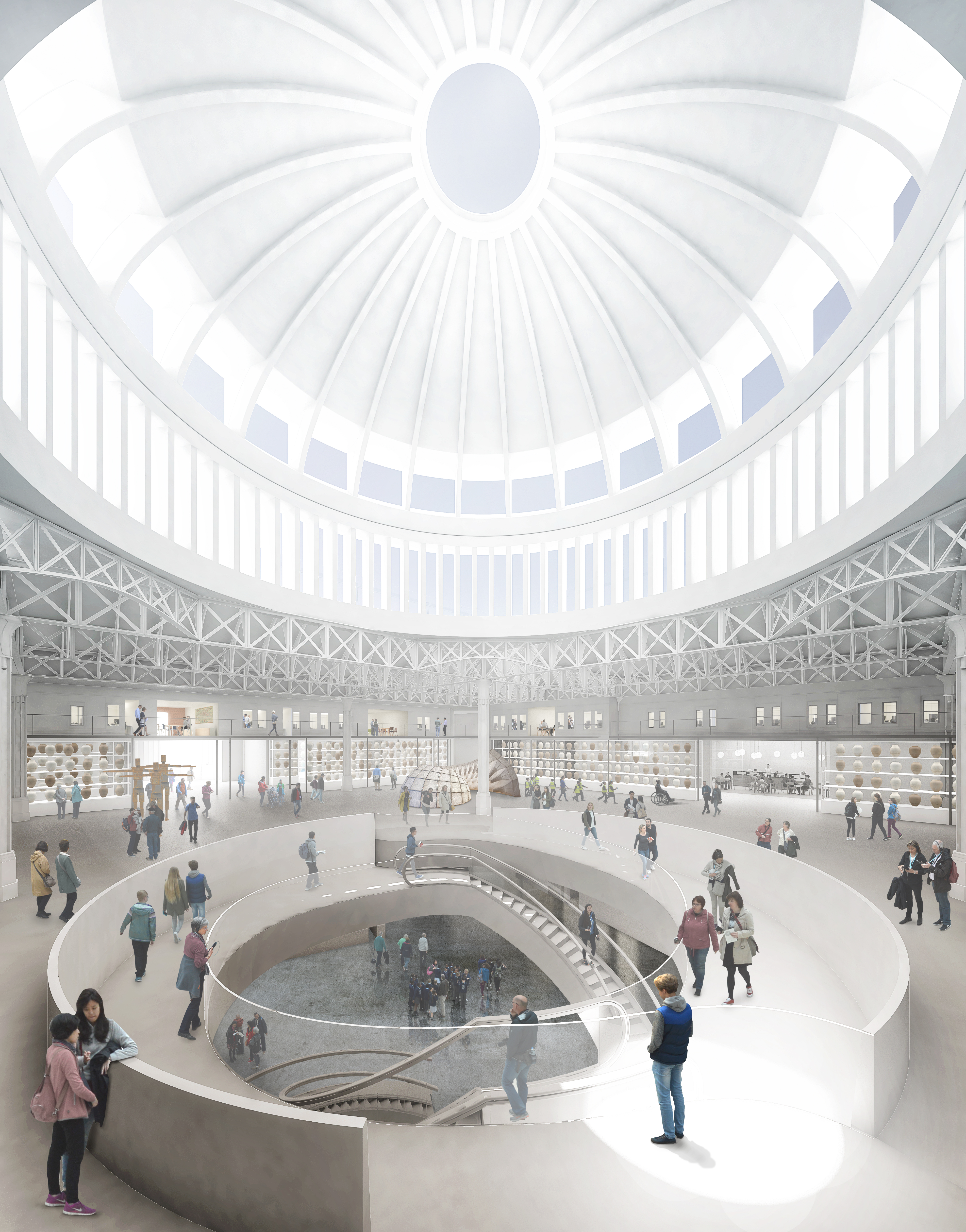 The winning proposal was selected from a shortlist of six architectural teams by a panel of well-known figures from the world of the arts, media, property, architecture and business, chaired by broadcaster and economist, Evan Davis.

The winners will now work closely with the team at the museum and the museum’s stakeholders including the GLA, City of London Corporation and the local Smithfield community to develop the initial concepts into a fully-formed design. 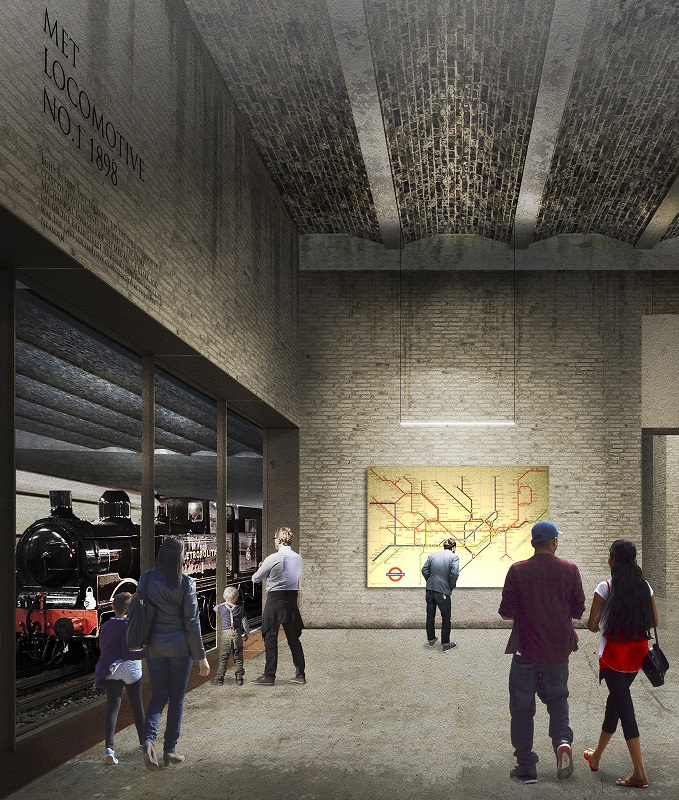 The museum intends to submit a planning application to the City of London Corporation in 2018 and to deliver the new museum by 2022. 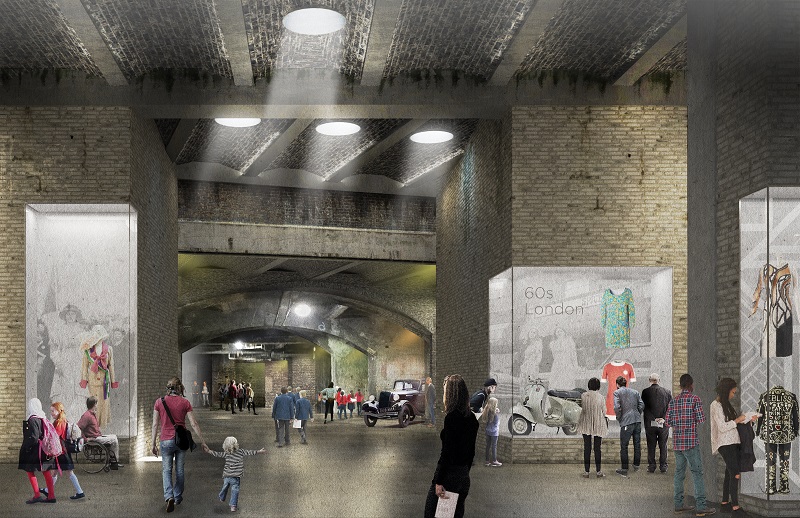 Retrieved from "https://www.designingbuildings.co.uk/wiki/Museum_of_London_redevelopment"
Create an article