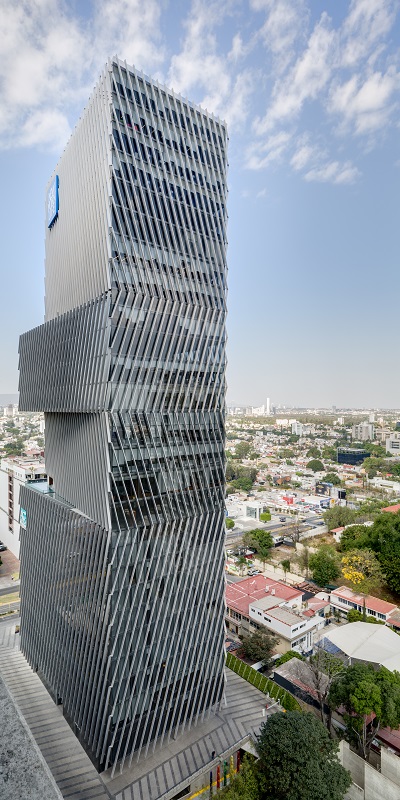 In April 2017, the Mexican firm Sordo Madaleno Arquitectos completed a new tower that stacks offset volumes. Torre Américas 1500, located in Guadalajara, is the first building to be completed as part of a complex which is emerging as a key area for Mexican architecture.

The mixed-use tower consists of four stacked geometric volumes. Two of these are slightly offset, but aligned on the rear face. These gestures of displacement are designed to interrupt the robustness of the building and express a sense of movement. The lowest volume houses a hotel, and the three volumes above are allocated to office use. 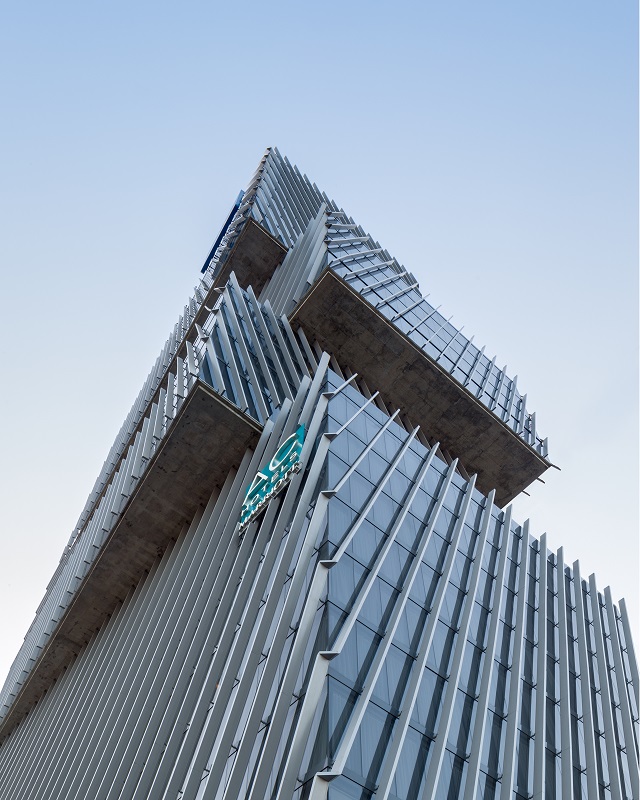 As a response to its urban context, adjacent to one of the city’s most significant highways, the building's façade resembles a double skin, enveloping it for its protection.

The solar gain the building will receive on three of its four sides was one of the most significant design challenges. For this reason, the faces include recessed aluminium framing, designed to create shading. In addition, the building has double glazing with a high degree of solar protection. As a result, it is the first building of this type in the west of the country to receive LEED certification. 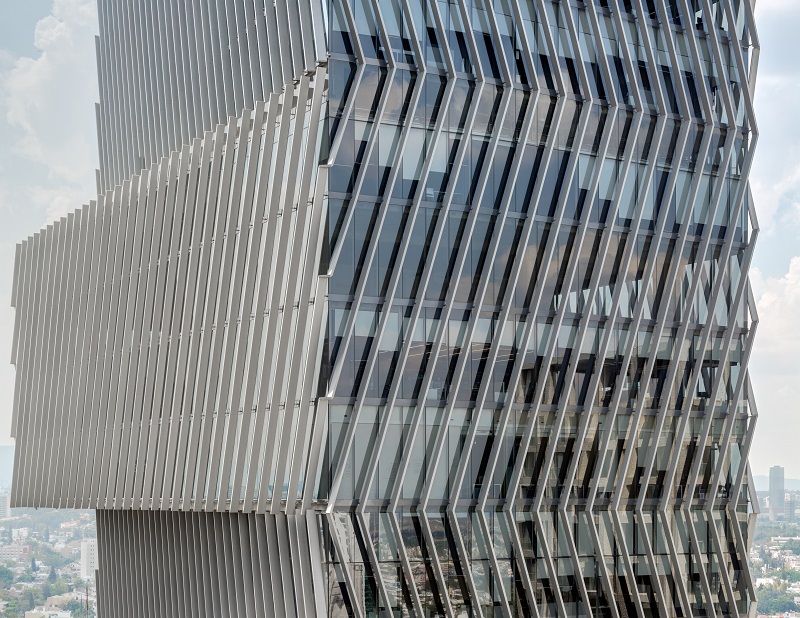 Torre Américas 1500 is located on a site of 4,116 m², with a built area of 29,461 m² distributed over 26 floors. There are 7 basement levels, and the structural design is based on post-tensioned concrete slabs and a central circulation core. 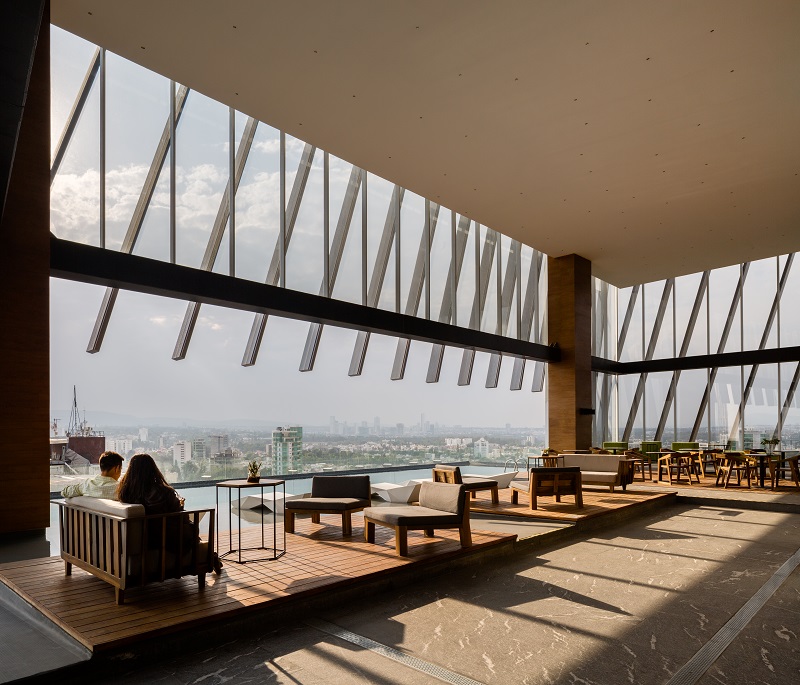 Retrieved from "https://www.designingbuildings.co.uk/wiki/Torre_Americas_1500"
Create an article