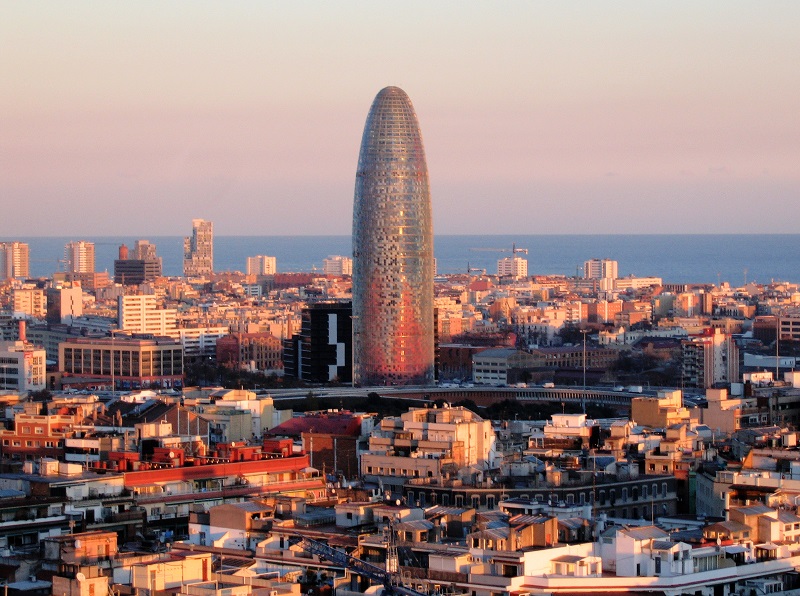 Torre Agbar is a high-tech tower in the Poblenou neighbourhood of Barcelona, Spain. The 142 m tower was designed by Jean Nouvel and completed in 2005 at a cost of €130 million.

The bullet-shaped tower was designed to give the impression of land emerging out of the ground. Nouvel said of his design: "Unlike slender spires and bell towers that typically pierce the horizons of horizontal cities, this tower is a fluid mass that bursts through the ground like a geyser under permanent, calculated pressure."

The building is striking both for its conceptual design and its integration of bioclimatic architecture, and has been compared to Norman Foster’s Gherkin, which was finished a year earlier.

The tower is made up of two concentric concrete oval cylinders topped by a dome of glass and steel. It is covered with a façade of aluminium and glass in the form of 60,000 coloured strips. The inclinations and opacities of the glass provide the tower with numerous alterations of colour and tone. 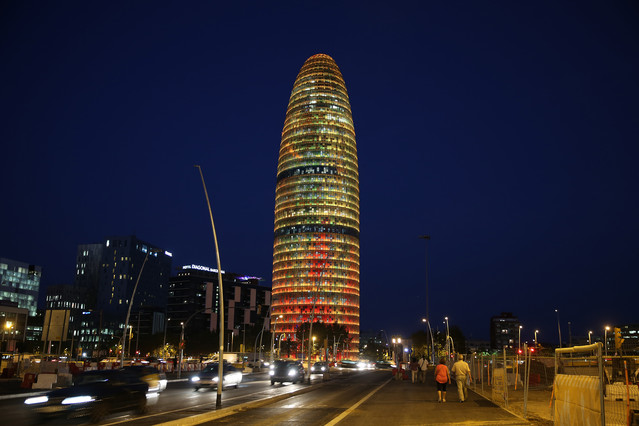 A double glazing system regulates air flow and helps reduce the temperature of the building in hot weather.

The external lighting uses LED technology to enable image generation on the façade. Capable of creating 16 million colours, this system was described by its creator Yann Kersale, as 'diffraction'.

Retrieved from "https://www.designingbuildings.co.uk/wiki/Torre_Agbar"
Create an article