The conversion of the warehouses is unfussy and economical, with existing features retained wherever possible and new elements designed to a frankly industrial aesthetic and painted in primary colours.

The relocation of the RRP offices (Richard Rogers Partnership – now Rogers Stirk Harbour + Partners, RSHP) at Thames Wharf, Hammersmith, in west London, was significant in several ways – as a gesture towards the regeneration of London’s riverside and as evidence of the practice’s commitment to the re-use of worthwhile old buildings. The site was a redundant industrial complex, containing some good early 20th-century warehouses but cluttered with oil tanks and other temporary structures and completely inaccessible to the public.

The strategy was to divide the site between a new-build residential scheme and a development of offices, studios and light-industrial space housed in the existing warehouses, one block of which was earmarked as office space for the practice. The garden courtyard forms the centrepiece of the scheme – an attractive public space linked to a riverside walkway. The River Café, established by Rogers’ wife Ruth and her partner Rose Gray, enjoys views across the garden to the river beyond.

The building occupied by the practice dates from the 1950s – it has been extended upwards with a spectacular lightweight rooftop structure designed by the practice in association with architects Lifschutz Davidson. A double-height entrance lobby is the other key intervention, creating an informal gallery for key architectural models. A recent addition was a new mezzanine kitchen above the reception area – providing home-made lunches for staff and popular as an informal meeting place throughout the day.

NB in 2015, RSHP announced that they had taken a 15-year lease on level 14 of the Leadenhall Building at 122 Leadenhall Street, which they designed, and would move out of their long-term home by the river in Hammersmith. See RSHP move to Leadenhall Building for more information. 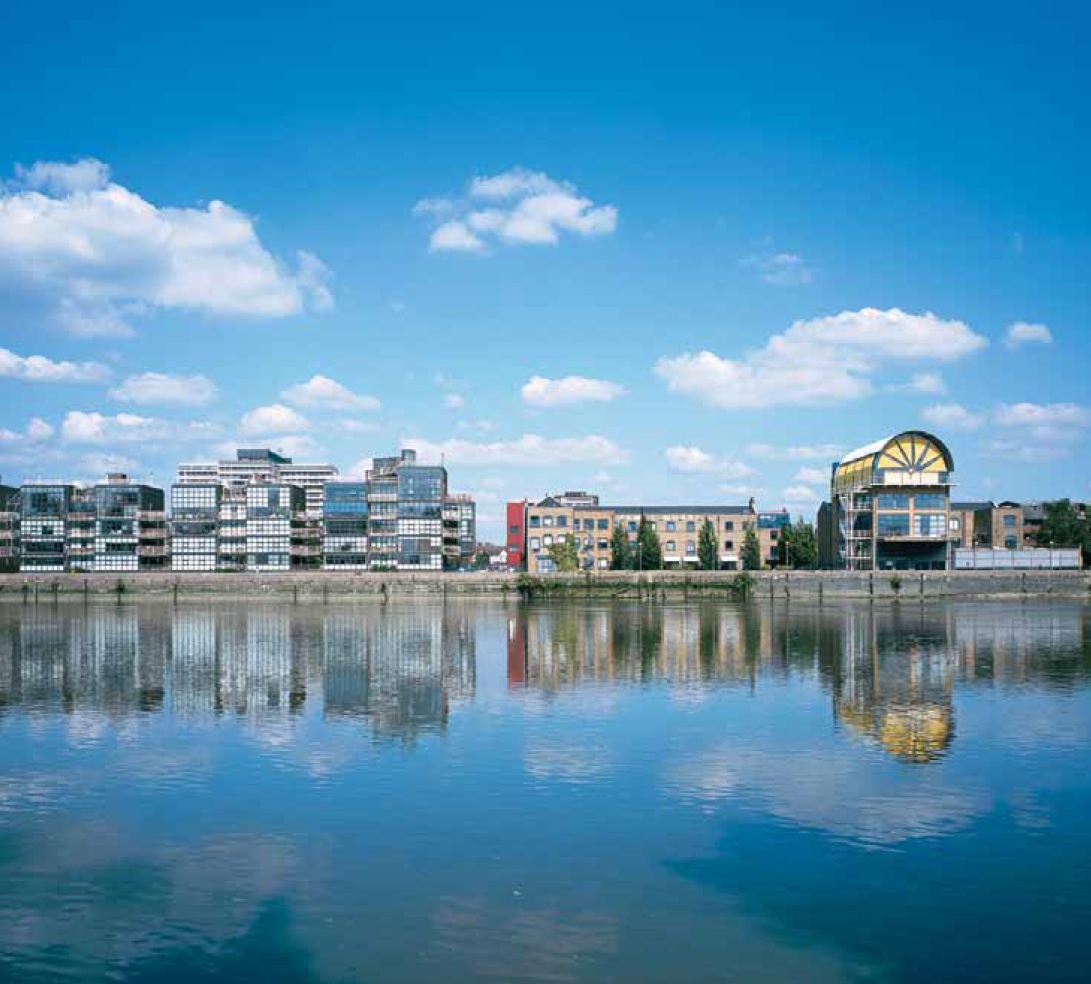 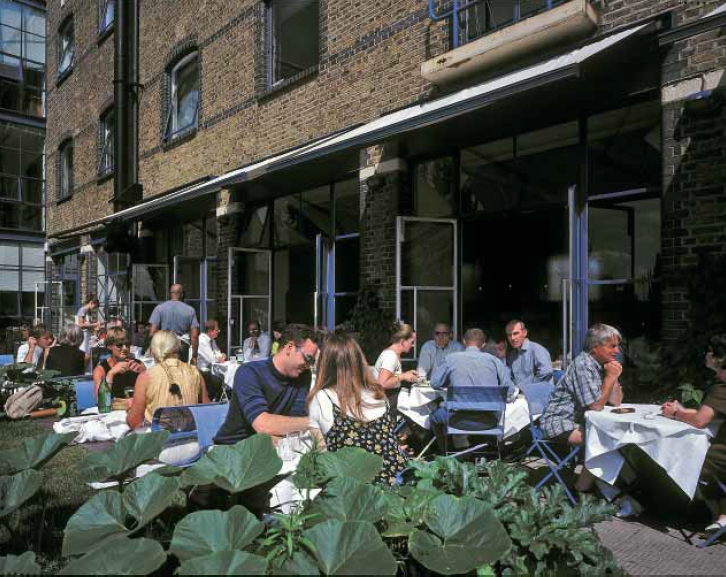 Retrieved from "https://www.designingbuildings.co.uk/wiki/Thames_Wharf_Studios"
Create an article