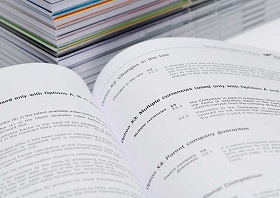 Most forms of contract will include termination clauses, setting out the circumstances under which a contract may be terminated. When a contract is terminated, the parties to the contract are no longer obliged to perform their obligations under the contract.

Terminating a contract can be complex, and it is very important that the correct procedures are followed. This may involve issuing notices setting out the grounds for termination, allowing warning periods, and giving the opportunity to remedy breaches.

There are a number of reasons why one or both parties to a contract may seek to terminate the contract.

Where one party behaves in such a way as to indicate that it no longer intends to accept its obligations under the contract, this is considered to be a repudiatory beach (or fundamental breach), allowing the innocent party to terminate the contract and to sue for damages. Generally, the contract will set out what those breaches are, but they might include:

Assessing the seriousness of breaches of contract depends on the particular circumstances and terms of the contract. For example, if a contractor failed to carry out the work to an agreed timetable, this might be considered a relatively minor issue on some projects, whilst on others it could be an extremely serious breach. The innocent party must be careful therefore to establish that there has actually been a material breach before considering that the contract is terminated, otherwise they might find themselves in breach of contract.

Frustration occurs when circumstances that are not the fault of either party mean it is impossible to continue with the contract. The contract will come to an end without any party being considered to be in breach. However, parties must be certain that a frustration event has occurred so as not to be in breach of contract.

Force majeure provisions might provide for circumstances that could otherwise be considered frustration events, and so result in termination of the contract. Force majeure (for example, exceptionally adverse weather conditions) is generally considered a relevant event in construction contracts which will allow for an extension of time rather than termination. This may be in the interests of both parties.

Contracts may allow termination for ‘convenience’. This can be useful for example if the client fails to secure sufficient funding for the project to proceed. However termination for convenience can leave the terminating party open to significant claims by the other party.

Termination for convenience is only provided for in some forms of contract, and is often only available to the client.

Rescission is a process of returning both parties to the position they would have been in had they not entered into a contract. This might be appropriate for example if there is a serious error in the contract.

Contracts may also allow suspension of performance. The circumstances allowing suspension are generally similar to those allowing termination. Suspension can be useful, for example, if the client has difficulty in raising funds to pay for the work to proceed at the speed anticipated by the contract. In addition, the Housing Grants Construction and Regeneration Act gives the right to suspend performance for failure to make payment that has been notified as due.

Either party may have the right to terminate at the end of a suspension period, or if a suspension becomes prolonged with no prospect of work re-commencing.

Determination ends the contractor's obligations under the contract, but the contract remains in place, as do the rights of both parties.

Retrieved from "https://www.designingbuildings.co.uk/wiki/Termination_in_construction_contracts"
Create an article