Swifts are plain, sooty brown, medium-sized aerial birds that breed in the UK but winter in Africa.

The Royal Society for the Protection of Birds (RSPB) report that the number of swifts has almost halved in 20 years down from almost 150,000 breeding pairs arriving in the UK to less than 90,000. It is thought that this decline is in part due to a reduction in potential nesting sites as buildings are renovated or demolished. 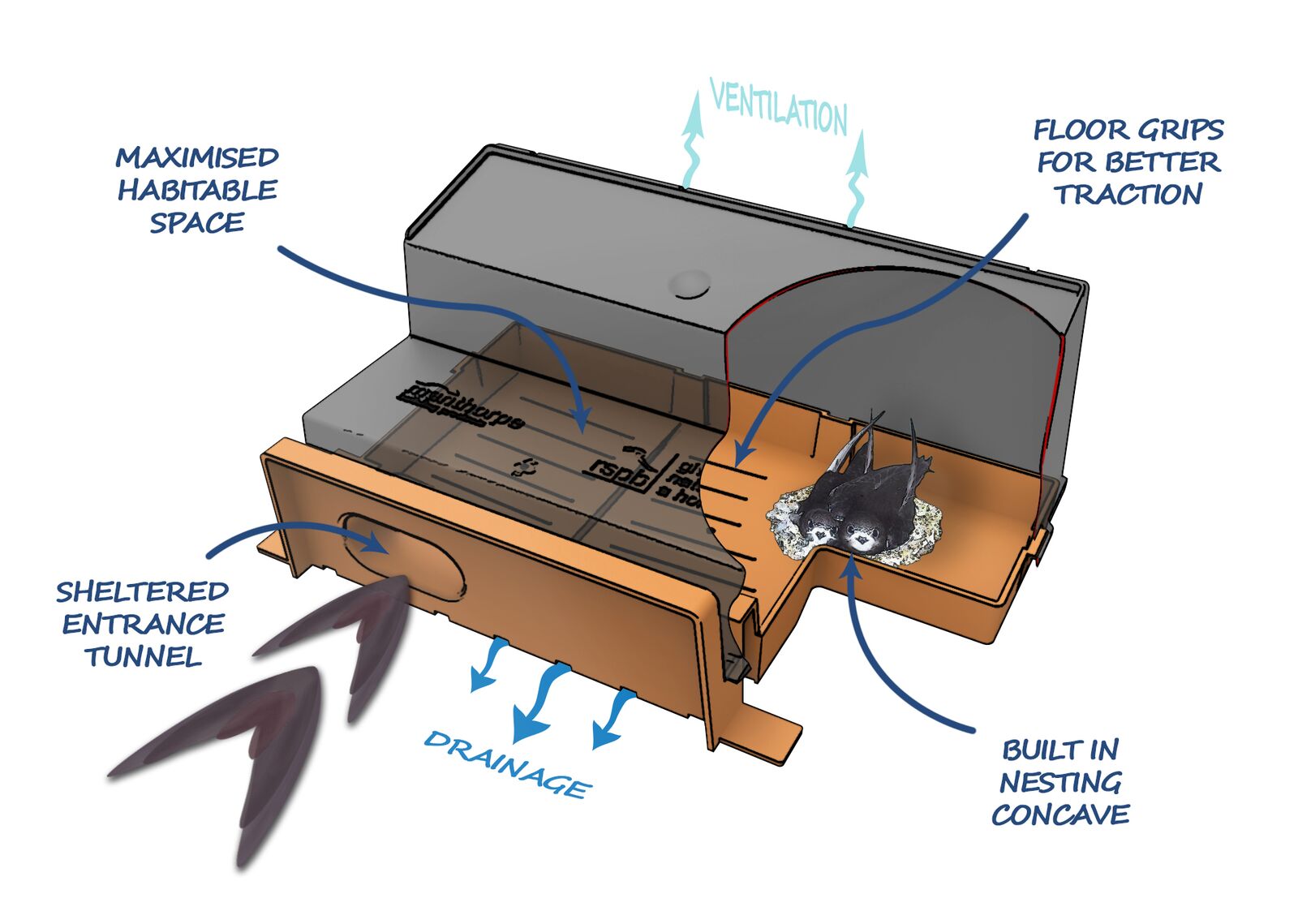 Swift bricks typically encroach into the wall cavity, or even span the cavity. If they are placed under the eaves, or under a fascia boards, this is generally not be a problem, however lower locations may need to incorporate a cavity tray to prevent water penetration. Swift bricks should not overheat on south-facing walls, but if they have a thin front wall, they should not be placed in the sun, but should be sheltered under the eaves.

In 2016, Manthorpe Building Products, RSPB and Barratt Homes collaborated on the creation of a new swift brick, designed to be easily incorporated into new homes. 900 will be fitted at the Kingsbrook development in Aylesbury.

Michael Finn, group design and technical director at Barratt Developments said, “The bricks are an industry first – they are fully drained, ventilated and are unobtrusive, by matching the colour of the bricks. They also help nurture chicks by giving them room to stand when they hatch. Crucially too, they are much, much cheaper than any other swift brick on the market, which will help their uptake. We actively want other developers to use the brick so we can all help build swift populations. It’s a great example of how we are working together with the RSPB and the wider industry to support nature.”