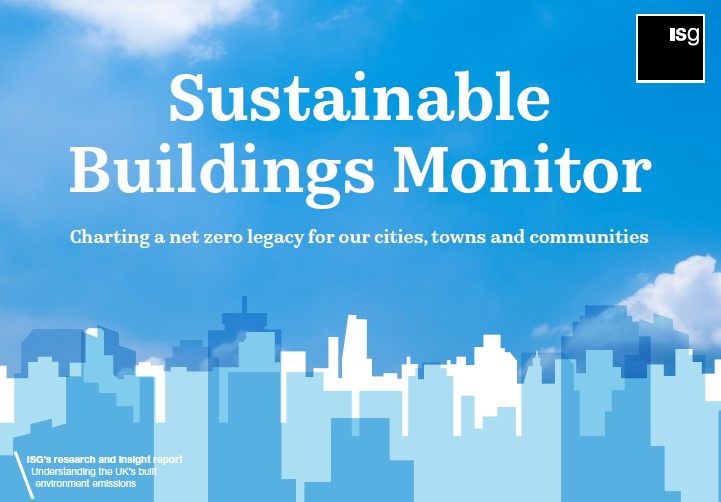 In May 2021, the construction services company ISG published the Sustainable Buildings Monitor. The report examines the range of carbon emissions created by the operation of non-residential buildings in different regions of the UK. The research was conducted by the Centre for Economics and Business Research (CEBR) on behalf of ISG.

CEBR used publicly available information to set out regional estimates of the emissions and energy consumption of commercial buildings to assess the scale of the net-zero challenge. The report concluded that all regions have a significant distance to travel to achieve carbon neutrality by 2050.

Regions including London and the South-East, with a higher reliance on electricity, would perform marginally better in 2021 due to the changes in electricity carbon emission factors.

The report’s industry analysis highlighted how some of the UK’s most important sectors are embracing innovation. Education and healthcare were recognised for their commitments to moving towards zero carbon goals. Data centres were also acknowledged as innovators in terms of energy usage.

One of the most significant findings revealed an inherent challenge - the availability, timeliness, quality and inconsistency of data - highlighting the need for a uniform and transparent process for benchmarking and performance measurement. ISG sees standardised data as pivotal in the fight to reduce carbon emissions.

Retrieved from "https://www.designingbuildings.co.uk/wiki/Sustainable_Buildings_Monitor"
Create an article