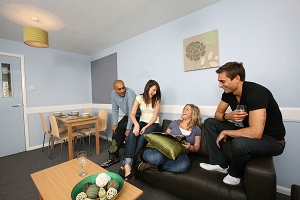 In a decision of great importance to landlords of student accommodation, a tribunal has found that bedsits with communal facilities are not separate dwellings. The recent ruling meant that the tribunal had no power to consider an attempt by a group of students to have their service charges fixed by law.

The case of JLK Ltd. v Ezekwe and Others [2017] concerned an old fire station that had been converted into student accommodation. It contained 96 bedsits, most of which had en suite shower rooms. In common with most student accommodation, tenants had access to communal living areas and kitchens, and only their bedrooms were fitted with locks.

The landlord would also be required to provide information to tenants and consult with them before major works were carried out. There would be time limits set on the recovery of service charges and tenants would have access to the tribunal system for the determination of disputes. All those protections would, however, only be available if the bedsits were 'separate dwellings' within the meaning of the Act. The First-tier Tribunal (FTT) found that they were.

In ruling on the landlord's challenge to that decision, the Upper Tribunal found that in order to qualify as dwellings, the bedsits did not have to be someone's home. However, in upholding the appeal, it found that the extent of the communal facilities meant that the bedsits were not occupied as separate dwellings. The FTT thus had no jurisdiction to consider the tenants' application.

Retrieved from "https://www.designingbuildings.co.uk/wiki/Student_bedsits_and_separate_dwellings"
Create an article