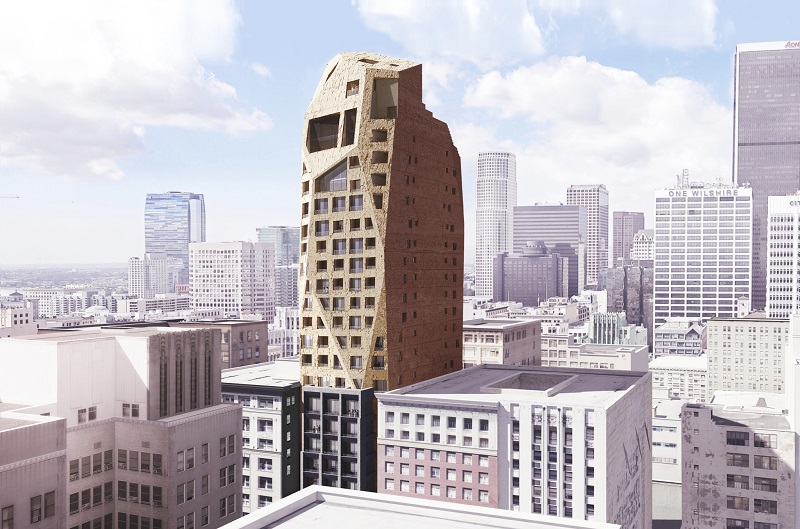 In February 2017, American design studio ASAP unveiled a concept for a new hotel in the historic district of Downtown Los Angeles.

The 28-storey hotel is meant to resemble a rock emerging from the landscape, drawing inspiration from the region's natural features. Totalling 15,000 sq. m, the hotel will contain 176 guest rooms, including 20 suites, intended to capitalise on the area's resurgence as a tourist destination. 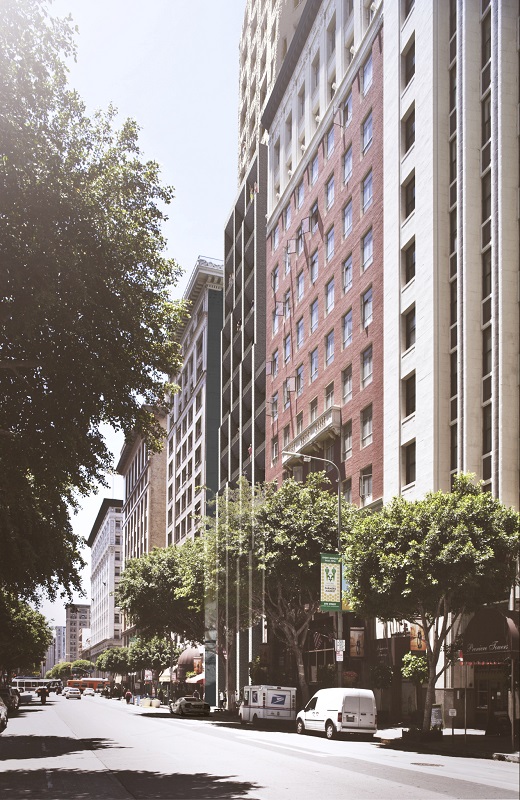 "The design will build on its distinctive location and cultural context to create a landmark destination and memorable hospitality experience.

"The design of the hotel is based on the idea of a large rock in the landscape drawing on a generation of land art in Los Angeles and the southwestern United States.

"The building is meant to stand in contrast to neighbouring structures. It benefits from the tension with the existing historic buildings to create a distinctive icon in the landscape.

"The roof bar will be Downtown Los Angeles' highest outdoor public space, with panoramic views of the skyline and mountains."

Additional amenities will include a garden bar with a movie screen, a restaurant, banquet areas, meeting rooms, a gym, a business centre and retail space.

The building is currently under construction (Feb 2017). 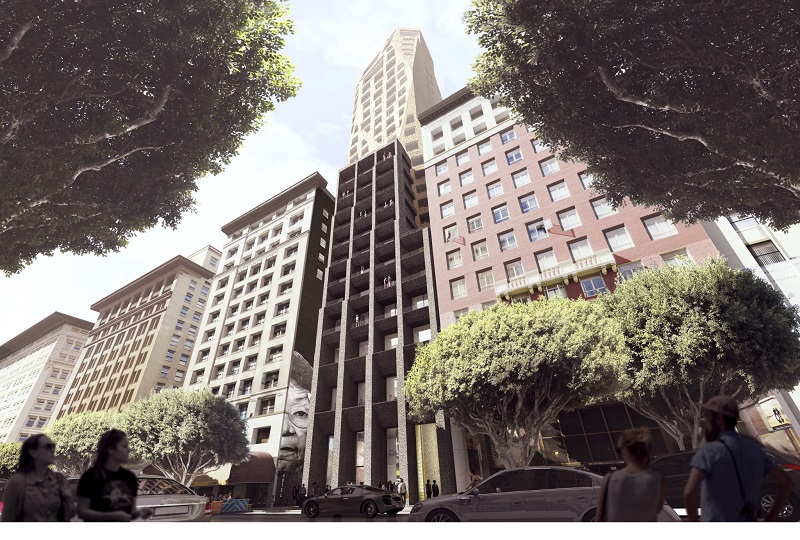 Retrieved from "https://www.designingbuildings.co.uk/wiki/Spring_Street_Hotel,_LA"
Create an article