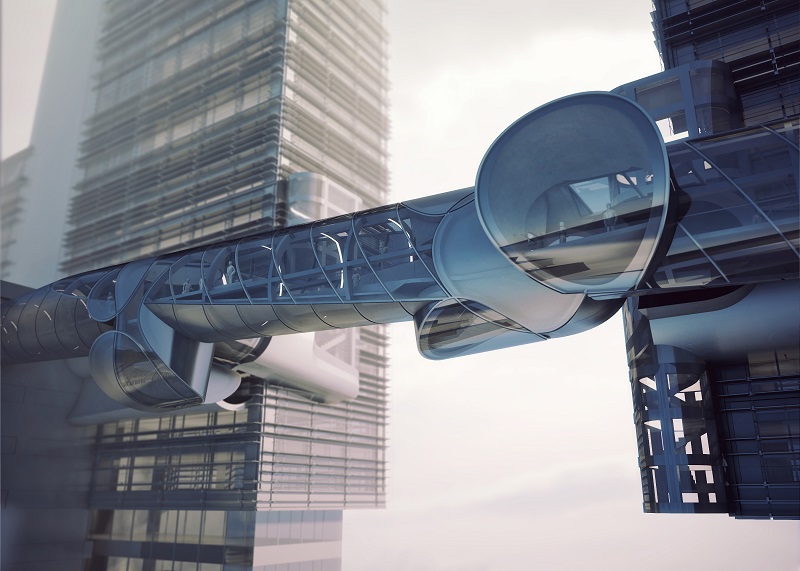 In February 2017, Preliminary Research Office was commissioned by a leading Chinese commercial drone company to design a pedestrian bridge between two towers which will become their headquarters in Shenzhen.

The body of the bridge is generated by the intersection of a set of conic volumes positioned along their common axis between the cores of the two towers. 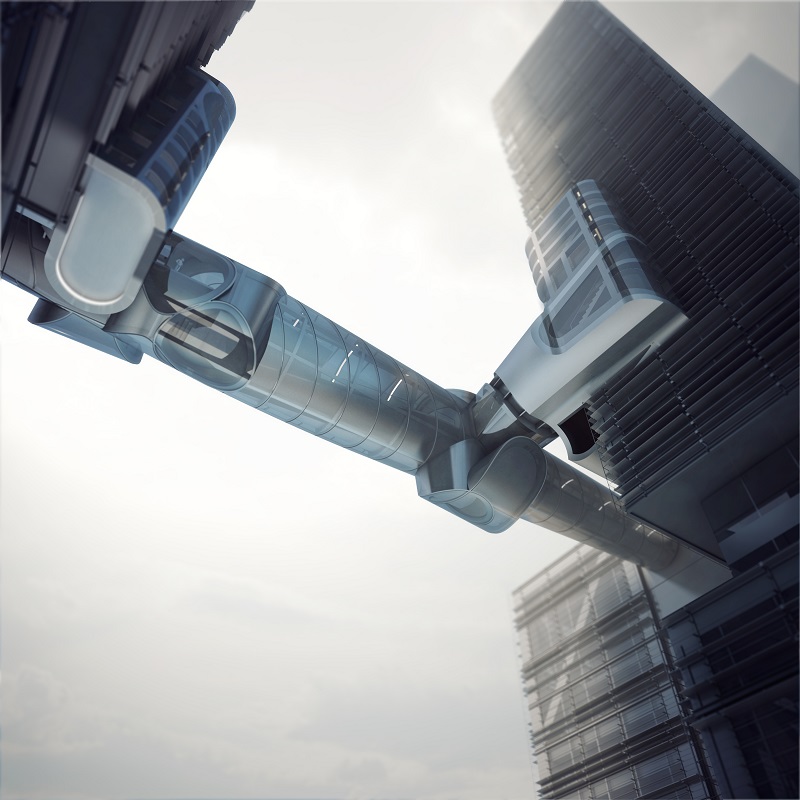 At two points along this axis, perpendicular cones are introduced and split by the same primitive cones that generated the volume of the bridge. These perpendicular cones extend beyond the body of the bridge to create large platforms from which drones can be flown and observed, and which serve as meeting areas with expansive views of the surrounding city.

Adjacent to each platform, the bridge 'plugs in' to two enclosed structures that allow for additional circulation back to the towers. The two structures allow both vertical and horizontal circulation, and are attached to the exterior of the towers. 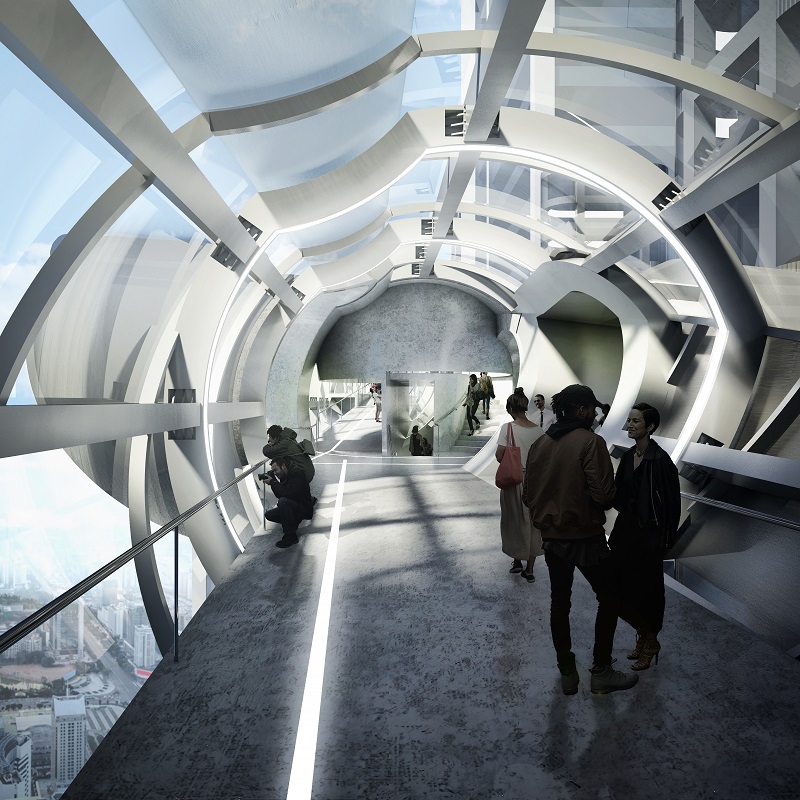 The bridge is split into two levels, meeting the first tower at the 28th floor and the second tower between floors 28th and 29th, with a staircase connecting both floors to the body of the bridge. The two levels within the bridge are connected by a large ramp that spans the two viewing platforms. Views into each partially-enclosed platform are generated by the level shift, and are visible when traversing the ramp.

Retrieved from "https://www.designingbuildings.co.uk/wiki/Sky_bridge"
Create an article