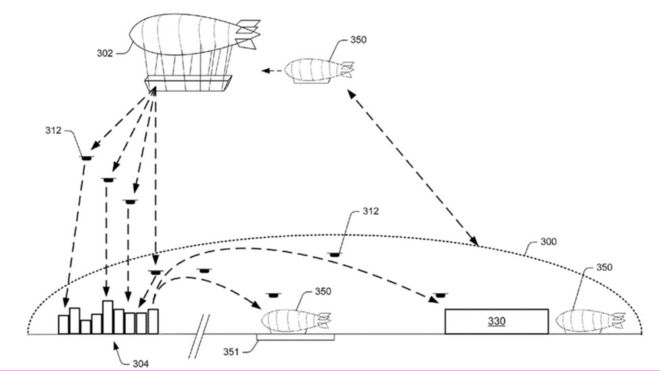 In December 2016, it came to light that the online retail giant Amazon had filed a patent for massive flying warehouses that could be used to assist and house a fleet of delivery drones.

Originally filed in 2014, the patent refers to the warehouses as ‘airborne fulfilment centres’ (AFCs) kept aloft by airships. 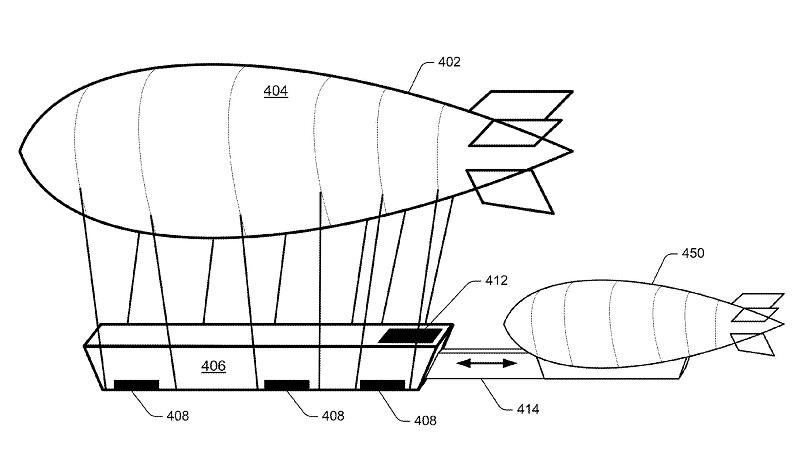 Although Amazon has refused to comment on the patent, the details involve AFCs being stationed above major cities, storing items for rapid delivery at peak times. Drones dispatched from the AFCs would glide downwards to a user-specified delivery location rather than fly, using little-to-no power. The drones are said to be capable of cruising and hovering at altitudes of up to 14,000 m (45,000 ft).

A series of ‘shuttles’ are also mentioned in the patent. It is thought that these would replenish the larger AFCs with stock and fuel, or provide transit for workers.

Areas where lots of merchandise is sold but there is difficult access, such as sporting arenas or music festivals, are highlighted as being places where AFCs could be of most use. 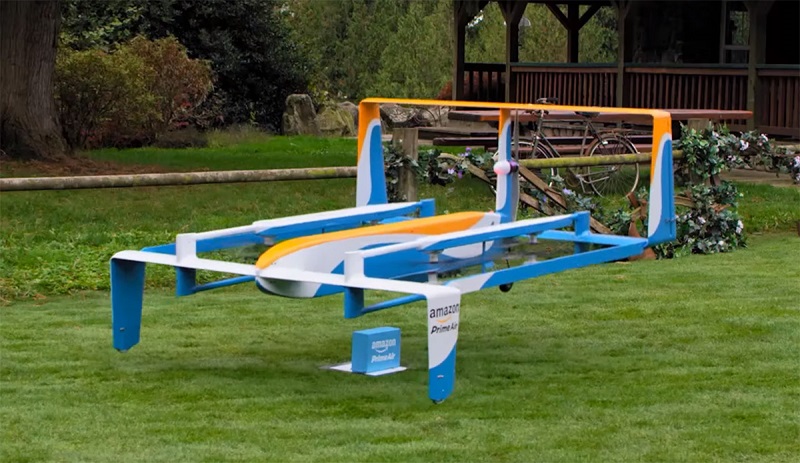 Despite Amazon being reluctant to comment, it has been widely reported that they are developing delivery drone capabilities. A video released in 2015 showed the latest versions of their flying robots undergoing testing. Packages weighing up to 2.2 kg (5 lb) were reported as being deliverable in 30 minutes using drones capable of travelling up to 15 miles.

Retrieved from "https://www.designingbuildings.co.uk/wiki/Amazon_flying_warehouses"
Create an article