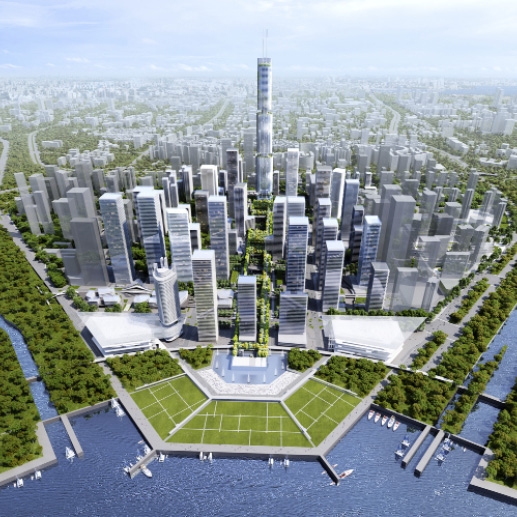 In September 2018, Rogers Stirk Harbour + Partners (RSHP) was confirmed as the winning practice for the design of a new masterplan within the Qianhai area of Shenzhen, China.

Formed in an area of reclaimed land, the design proposes a new raised level for a 1.2 km sky garden – elevated above the roads to give easy access between adjacent plots. The large city-scale of the sky garden creates both a heart and a new horizon against which people can orientate themselves within this new emerging centre. 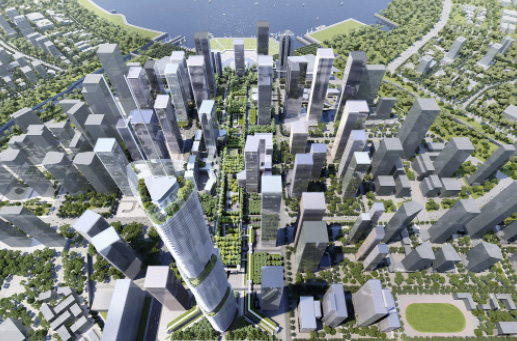 It is linked directly to a number of public transport hubs, with the garden allowing the public to flow through the city at various speeds, from the fast pace of the underground, to the medium pace of the street, through to the slow pace of the sky garden.

Enriched with cultural activities, the sky garden will form a natural focus for all-year-round activities, terminating in a major public space at the water’s edge that will be known as ‘Performance Park.’ This area will contain an Opera House and Conventions Centre and will directly link the city back to Qianhai Bay.

To the east, the city edge is crowned with a tower, forming a distinctive landmark within the urban landscape.

Senior Partner Richard Rogers said: “Qianhai is an exciting and dynamic emerging urban centre. Having the opportunity to create this bold and confident intervention will focus the city’s attempt to create a rich and diverse, culturally led public realm. This in itself will become the key element in how the city will naturally grow and develop over the coming years.” 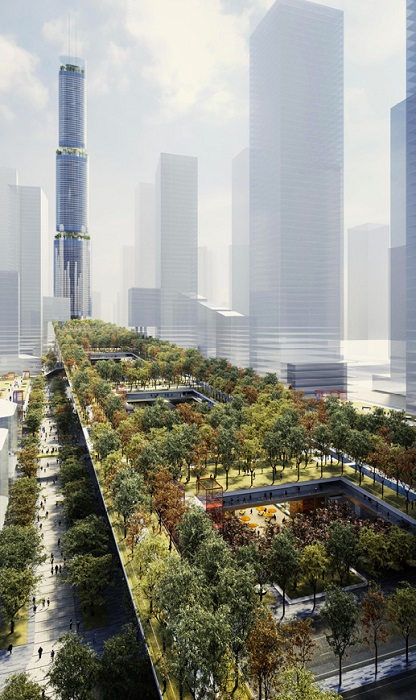 “The creation of a people-friendly series of dynamic routes weaving their way through urban city blocks will offer a memorable, unique and relevant experience, clearly marking the ambitions of this thriving city.”

The Urban Living Room Selection Panel said: “The scheme is one of strong integrity. Simple yet magnificent in its strong symbolism, it is perfectly suited to the vision of the Qianhai area, whilst furthermore enforcing its central axis.”

This article was originally published here by RSHP on 26 Sept 2018.

Retrieved from "https://www.designingbuildings.co.uk/wiki/Shenzhen_%27Urban_Living_Room%27_masterplan"
Create an article