The Queen Elizabeth Hospital, in Kota Kinabalu, (the capital city of an area called Sabah), Malaysia, was finished in 1981. It was demolished in 2008 due to sea sand being used in the concrete, which corroded the steel reinforcement.

Standing 10 stories, it was the main hospital for the area, with approximately 300 beds. It closed and left a huge problem for many frail and sick people as they had no hospital to use, and had to wait until the local government had purchased a private hospital.

Built in the brutalist style for efficiency and honesty. The exposed frame works to hold up the structure, provide a means of protection form the elements, harsh sun and extreme monsoon rains in this area. This was cheaper than other methods, did not require skilled workers and left the raw materials visible.

However, the sea sand used in the concrete contained shells and corals and a large amount of chlorine, causing corrosion in the steel reinforcement. The corrosion or rust, is porous and expands which further adds to the problem as air can then further corrode the steel.

At the time of its demolition a report put the blame firmly in the hands of the builder and architect. The builder has since died, taking his company with him, and the architect lost all records in an office fire.

During demolition, many locals, knowing the poor state of the building expressed concern for the safety of the excavators being used to demolish it.

2 new towers have since been built to replace it, and a World Bank loan is being invested to build new hospitals in the area. 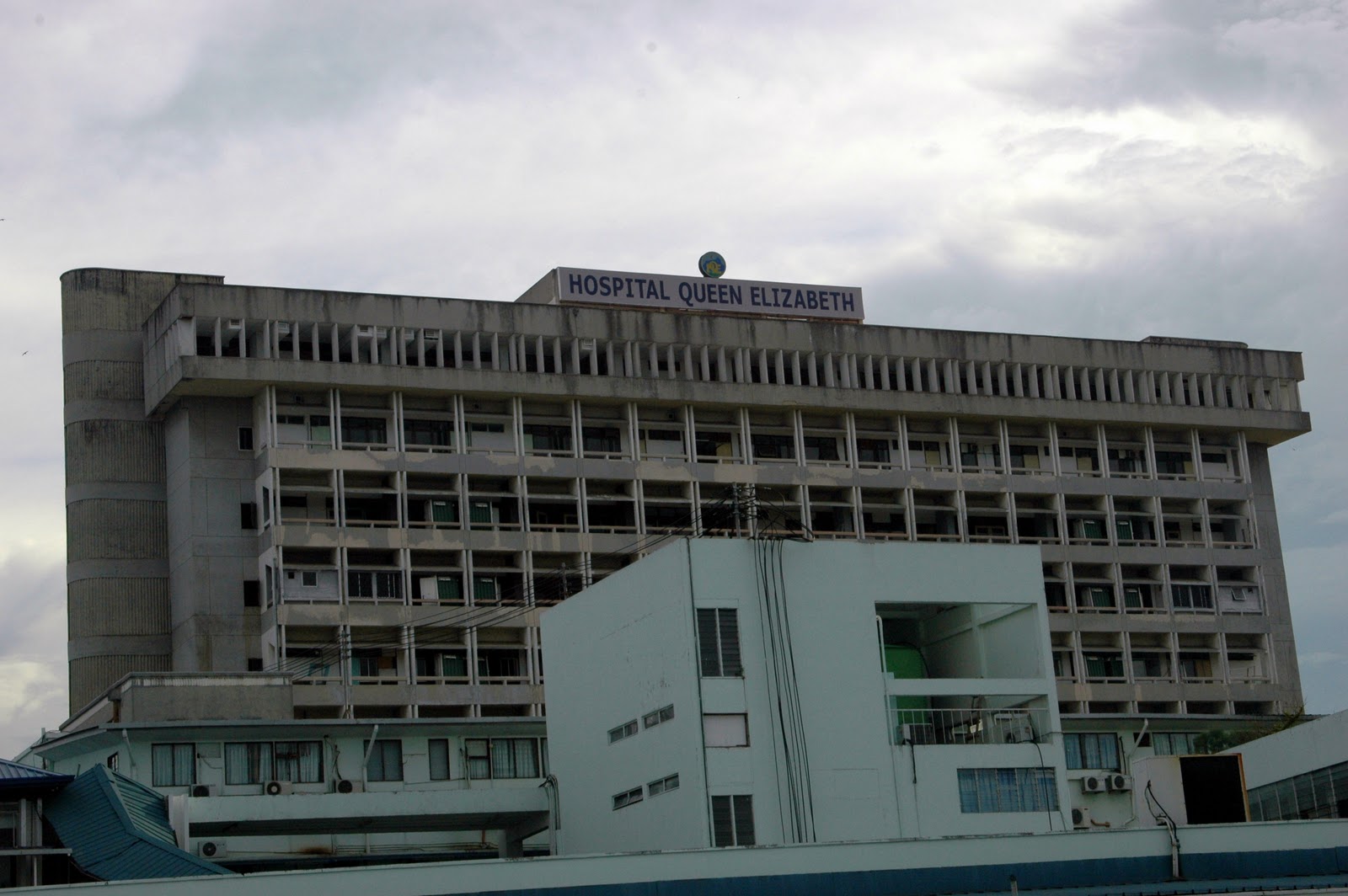 Expert: New tower block is the best option for hospital By MUGUNTAN VANAR

KOTA KINABALU: Constructing a new tower block will be the best option for the Queen Elizabeth Hospital as it is more cost-effective.

Ikram (Sabah) Sdn Bhd executive director Vincent Tan, whose company was hired to assess the safety of the building, saiddemolishing the 10-storey block and putting up a new building would cost RM24.58mil compared to repairing it for RM23.76mil.

Tan said rehabilitating the building, which has been affected by corrosion due to the use of poorly cleaned sea sand in the concrete mix, would only give it a 10-year lease of life, compared with putting up a new building which is also built to withstand earthquakes.

The forum, moderated by Sabah Health Department director Dr Marzukhi Md Isa, was to answer public calls for temporary repairs on the current tower block for continued usage pending the completion of two twin-tower blocks at the hospital.

Various services from the tower block ranging from operating theatres and wards have been moved to other government and private hospitals as a temporary move following the decision to abandon the tower block and demolish it.

Tan said that thorough investigation into the various structures of the building found that the tower, which was meant to have a lifespan of 50 years, was already suffering “ageing problems at the age 27 due to stress”.

However, he dismissed claims that the tower was tilting, adding that repairing the building would also involve shifting out all staff and services as it could not be done hygienically within a working ward.

Dr Marzukhi also said that the staff at the tower block felt unsafe as they had experienced many incidents of falling concrete debris.

“We cannot wait for an accident to happen before taking action,” he said.

Surgeries are being done at both the Likas Hospital and Sabah Medical Centre for now, Dr Marzukhi said.

He added that free shuttle services from the Queen Elizabeth Hospital to the Likas Hospital and Sabah Medical Centre are provided for the public.

Wikipedia keeps deleting my post on this. Censorship at its best. Currently this is the only reference I can find on the net for this.