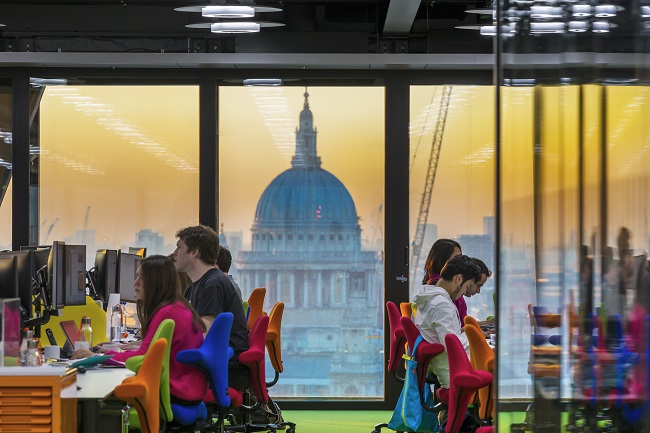 Rogers Stirk Harbour + Partners (RSHP) is an international architectural practice based in London. On 11 October 2017, RSHP celebrated 10 years since changing its name. The practice will celebrate with staff and close friends at a party hosted at the Design Museum. A short film has also been made for the practice by Pentagram.

The firm was founded as Richard Rogers Partnership in 1977 but in 2007 a decision was made to rename the firm to reflect the contributions of Graham Stirk, designer of the Leadenhall Building, and Ivan Harbour, designer of the West London Maggie’s Centre. Several long-standing members of the practice were named partners in 2015. Together, they represent the continuity and consistency of philosophy which the practice applies to all its work.

In the last ten years, RSHP has built some of the most exciting and innovative projects in the firm’s history , and in December 2015, London-based staff moved from their long-term headquarters at Thames Wharf Studios in Hammersmith into the Leadenhall Building. The new studio on the 14th floor has a completely open, flexible floor plan, a large central space for meetings, talks, events, and workshops, a modelshop and kitchen. Support teams are now in the same space as the architectural teams, helping to promote professional collaboration.

Richard Rogers said: “Since the beginning of the practice some 50 years ago, we have always upheld the principles of social responsibility and collaboration - and the constitution is a clear indication of these beliefs. I am proud of what we have achieved together over the last ten years. Graham Stirk, Ivan Harbour and my partners represent the next generation of RSHP.”

Ivan Harbour said: “The last ten years have been arguably the most diverse we have experienced as a practice. We have worked at the extremes of the scales, from Maggie’s Cancer Centre in London to the Barangaroo masterplan and International Towers in Sydney. We have worked across the world, from Lewisham to the City of Sydney, and we have engaged in a greater variety of project types than ever before, from housing homeless families to creating new city districts."

Graham Stirk said: “The last ten years have contained many personal career highlights for me... Working on such a variety of projects has also been inspiring. Buildings like Bodegas Protos winery, the British Museum World Conservation and Exhibition Centre, and Neo Bankside housing all require such different approaches but I think they all demonstrate the thought process behind our vocabulary."

Retrieved from "https://www.designingbuildings.co.uk/wiki/RSHP_celebrates_10_years_of_practice"
Create an article