“This new winery, which started as a project for the future, is today the flagship upon which we build our present, while we search for the highest quality in our wines. It allows us to define our future with greater clarity” Edmundo Bayon, President, Bodegas Protos.

Bodegas Protos is a wine cooperative in a small village in the Ribera del Duero region of Spain, where almost everyone in the village has a stake in the winery. In response to an increasing demand for Protos wines, a new building has been built to extend and modernise production facilities.

The winery is an industrial building whose design and arrangement follows the process of wine making, from the harvesting of the grapes to the bottling of the wines. Most of the winery’s internal area is underground, where the thermal mass of the ground is used to keep the wine cool, with the production area at ground level beneath a dramatic vaulted wooden roof.

This building connects via an underground link to the original winery and also provides custom-designed areas for tastings and special events, as well as administrative functions.

Because the building had to be cost efficient, the architect chose to use materials found locally. Timber parabolic arches were used as the main structure, taking advantage of the forms ability to carry large loads on very slim beams.

Terracotta roofing tiles are common to the architecture of the region, and the stone that forms the walls is waste material from a local quarry. The use of traditional materials such as wood and stone and the sensitive use of form to break down the scale of the building has resulted in a winery which complements the surrounding traditional architecture style of Penafiel.

With building work completed in September 2008, Bodegas Protos processed its first harvest of grapes from the vineyards surrounding Penafiel during October 2008. Over a fifteen-day period, tractor-pulled trailers carrying the grape crop were driven up the ramp to the processing area on the south side of the building and unloaded into vats for fermentation. The facility is now providing capacity to process one million kilos of grapes a year. 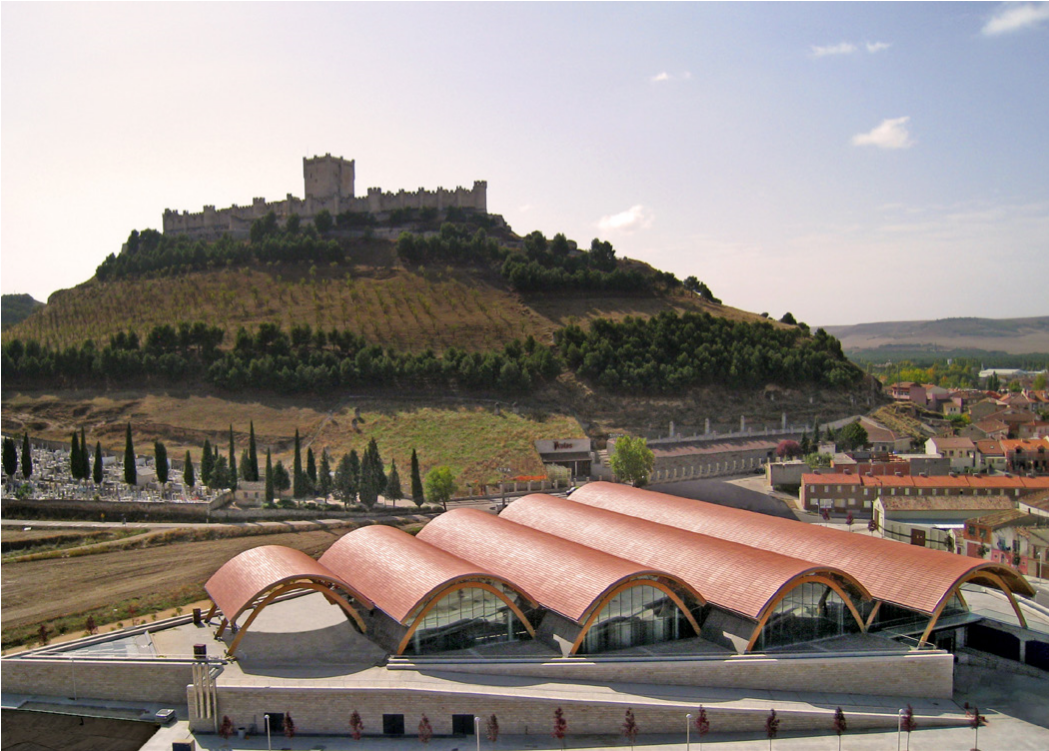 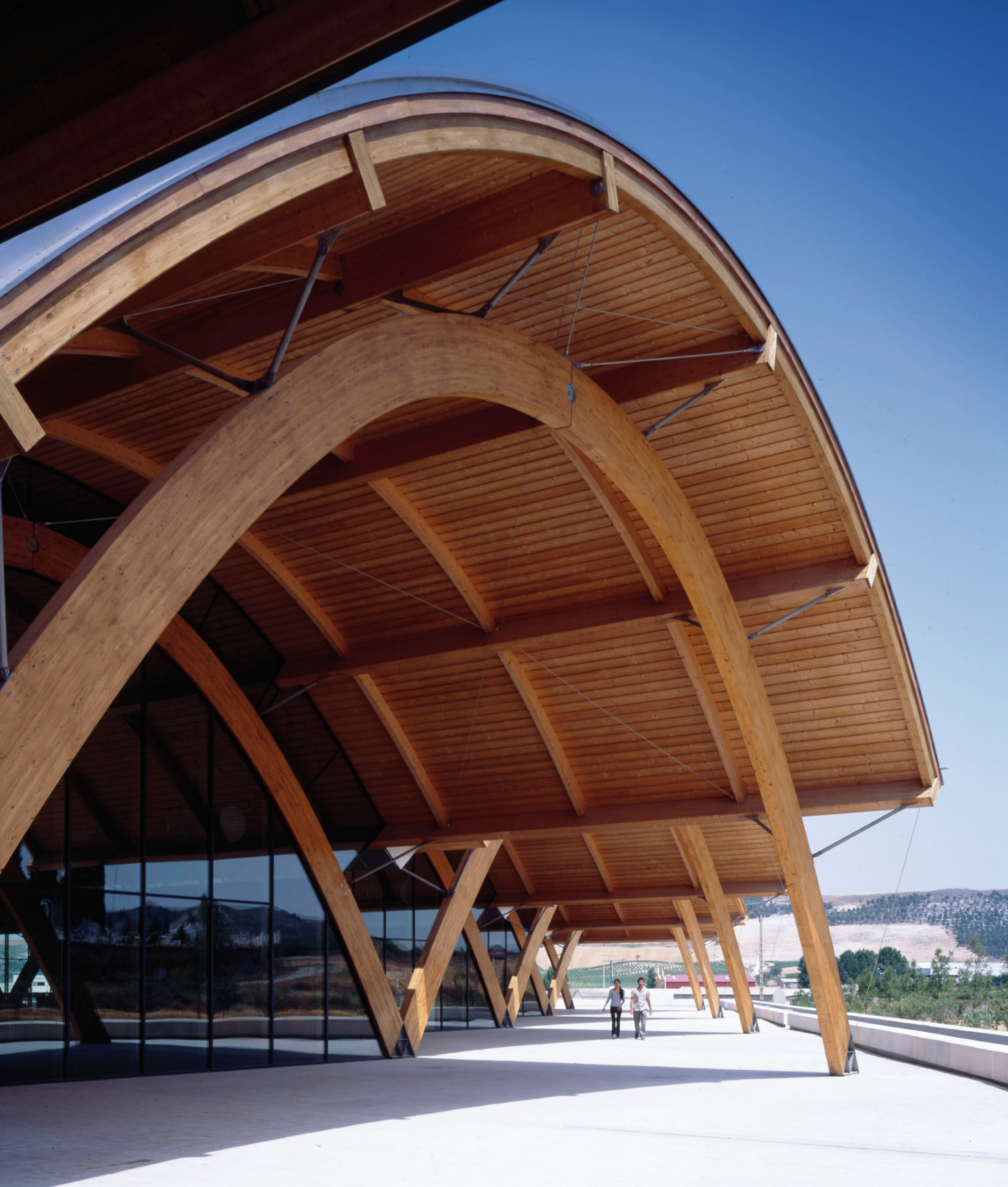 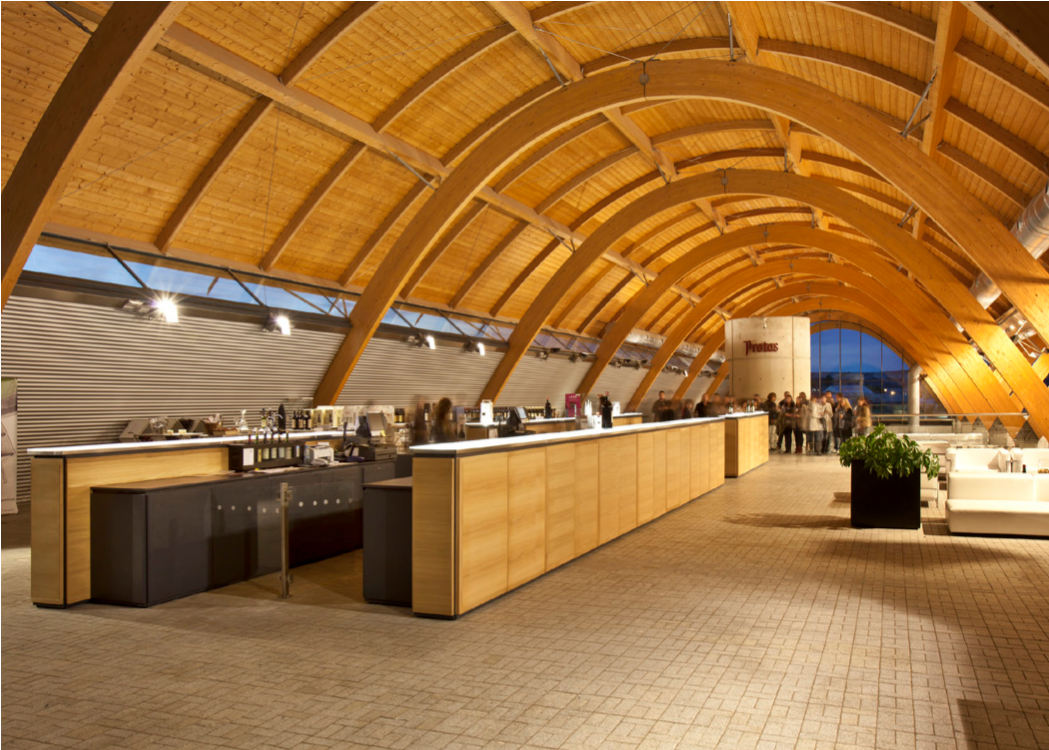 Retrieved from "https://www.designingbuildings.co.uk/wiki/Bodegas_Protos"
Create an article