The major factors propelling this growth are governments' support along with a rise in the adoption of clean energy and increases in research & development activities to reduce the overall cost of concentrated solar power (CSP) projects.

Europe is one of the main regions in the market due to constantly rising electricity demand and increases in installation of CSP projects mainly in Spain. In addition, European governments have taken the initiative for cost-effective power generation and distribution due to a rise in electricity & energy prices. 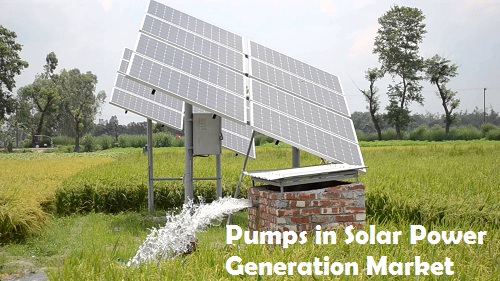 Pumps in the solar power generation market can be categorise by plant type, pump type, and regions.

By plant type, linear parabolic trough plant accounted for the largest share of the market in 2017.

Retrieved from "https://www.designingbuildings.co.uk/wiki/Pumps_in_Solar_Power_Generation_Market"
Create an article