Models in the construction industry 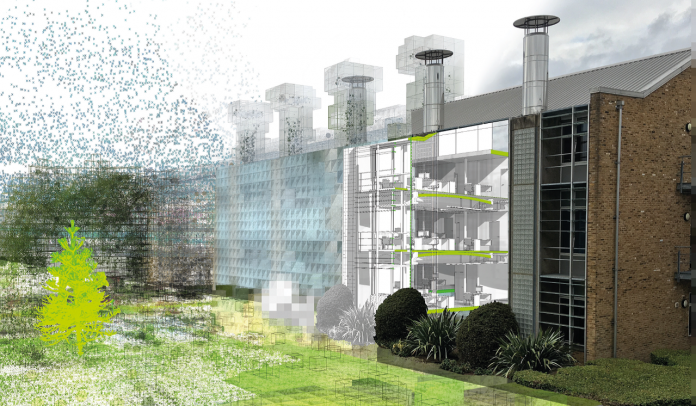 In very general terms, a model is a representation, often three-dimensional, of a structure system or procedure. It can represent something that already exists, or may be a model that it is intended will be adopted or followed.

A building, such as an architectural model is a type of model (often to scale) built to develop or represent aspects of a design or to communicate design ideas. Historically, such models have been physical representations, made from materials such as paper, cardboard, timber, and so on. These can be used to help explain proposals to clients, planning officers, members of the public and other stakeholders, or they can be used as tools to help designers explore complicated three-dimensional aspects of a design.

Model-based design is a process that involves creating digital representations systems to help with design development and decision-making. It allows rapid analysis and comparison of design alternatives, co-ordination of and collaboration between team members, clear communication and visualisation of information, easy alteration, clash avoidance, and so on.

In the early stages of a project, a digital model might simply include existing information, such as 3D context models, site surveys, condition surveys, information about existing utilities and so on. During the design stages it becomes more detailed, and ultimately, as contractors take over development of the model from designers, it may become a virtual construction model (VCM), containing information allowing all the objects in the model to be manufactured, installed or constructed.

Parametric modelling (or parametric design) is the creation of a digital model based on a series of pre-programmed rules or algorithms known as 'parameters'. That is, the model, or elements of it are generated automatically by internal logic arguments rather than by being manually manipulated. For example, a rule might be created to ensure that walls must start at floor level and reach the underside of the ceiling. Then if the floor to ceiling height is changed, the walls will automatically adjust to suit.

Digital models are generally made up of a number of different component models that may be produced by different consultants, contractors or suppliers.

Designing Buildings has a range of articles relating to models, including:

Retrieved from "https://www.designingbuildings.co.uk/wiki/Models_in_the_construction_industry"
Create an article