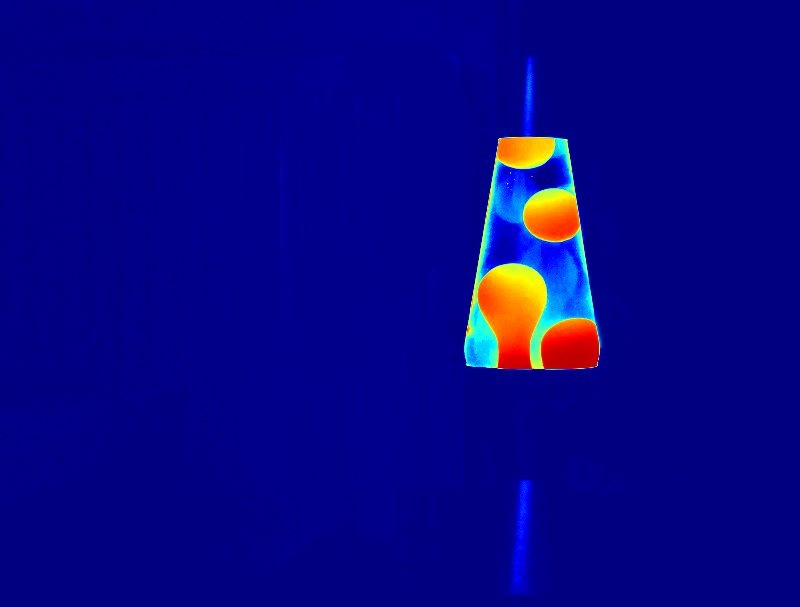 One of the most familiar products of the 1960s, the Lava® lamp is symbolic perhaps of both psychedelia and hippy culture. The colourful, cocktail shaker-shaped, illuminated table lamp is instantly recognisable thanks to its sloping glass middle section and floating wax bubbles. It has proved a best-seller over six decades and is still widely available in various colour combinations. The inventor, WW2 RAF squadron leader and engineer Craven Walker, is quoted as saying that if people bought his lamp, they would not need to take drugs.

Walker got his inspiration for the Lava® lamp while in an English pub where he noticed a strange egg-timer device shaped like a cocktail shaker bubbling away on a stove. This inspired him to set up his own company to develop a special lamp that would provide light and feature a mesmerising display of wax globules in constant, slow-motion animation, activated by the heat from an incandescent light bulb (typically 25W or 40W) housed below the glass.

The rising and falling of the wax through the coloured liquid provides the two-toned signature style of the lamp: red-orange, blue-green, yellow-mauve and other striking colour combinations. Once the wax cools, it sinks to the bottom of the glass container, passing rising globules as it does so, then it is subsequently reheated and rises upwards to begin another cycle.

At normal room temperature, a Lava-lamp can take around 45-60 minutes to heat up and to put the wax globules in motion.

Creating this effect and achieving the right balance between wax, oil and water took Crestworth – the company Walker set up – around 10 years to perfect, in a design heavily influenced by the space rockets popularised in 60s science-fiction films and literature. With another nod to its interstellar inspiration, Walker named his invention the Astro lamp and applied for a patent in 1964. Once it went on sale, the lamp became an instant hit. Walker would continue to make minor improvements up till 1967.

Sales of the Lava-lamp flagged in the 1980s. In 1990, Walker sold his company to an entrepreneur by the name of Cressida Granger, who was to later rename the company Mathmos and which still develops kinetic lighting products.

The rights to sell the lamp in the US and worldwide were bought by two businessmen who saw the lamp while on a trade mission to Europe in 1965. They renamed it Lava® lamp and formed the Lava Corporation of Chicago. Today, the lamp is marketed and sold in the US by Schylling.

The Lava® lamp is available in a wide range of wax/liquid combinations, body finishes and shapes.

Retrieved from "https://www.designingbuildings.co.uk/wiki/Lava_lamp"
Create an article