The form of the building, dictated by the sweep of the river Ill, and the work of landscape architect Dan Kiley has resulted in a scheme where building and landscape interact seamlessly.

The European Court of Human Rights is a key building in the history of the Richard Rogers Partnership (RRP, now Rogers Stirk Harbour + Partners, RSH+P) and one of the few landmarks which provide a credible architectural image for the new Europe.

The site is located some way from the historic centre of the city but close to the river. The design creates a symbolic landmark but not a monument: the nature of the Court’s business implies that its premises should be anything but intimidating or fortress-like. Rather it should be welcoming and humane, while preserving an appropriate dignity. Protecting and enhancing the quality of the site was a prime objective, along with economy of operation and a ‘natural’ environment.

The basic diagram of the scheme was tested to its limits during the design process. The collapse of the communist bloc greatly increased the European ‘family’: the building’s office provision had to grow by some 50 per cent and the public spaces by 25 per cent.

The two main departments of the European Court, the Court itself and the Commission, occupy two circular chambers, clad in stainless steel, at the head of the building, while secondary structural elements are picked out in bright red. The entrance hall is light-filled, and has fine views out over the river. The ‘tail’ of the building is divided into two parts and contains offices, administration and the judge’s chambers. Functions are clearly legible. Only the main public spaces, focusing on a stone-paved rotunda, are air-conditioned (using an economical heat-exchange system). The remainder of the building relies on natural ventilation and light with opening windows.

Façades provide for a high degree of planting: well established greenery spills down from the roofs. The building is a powerful and highly rational expression of the function it serves but is imbued too with a Mendelsohnian streak of romantic expressionism. 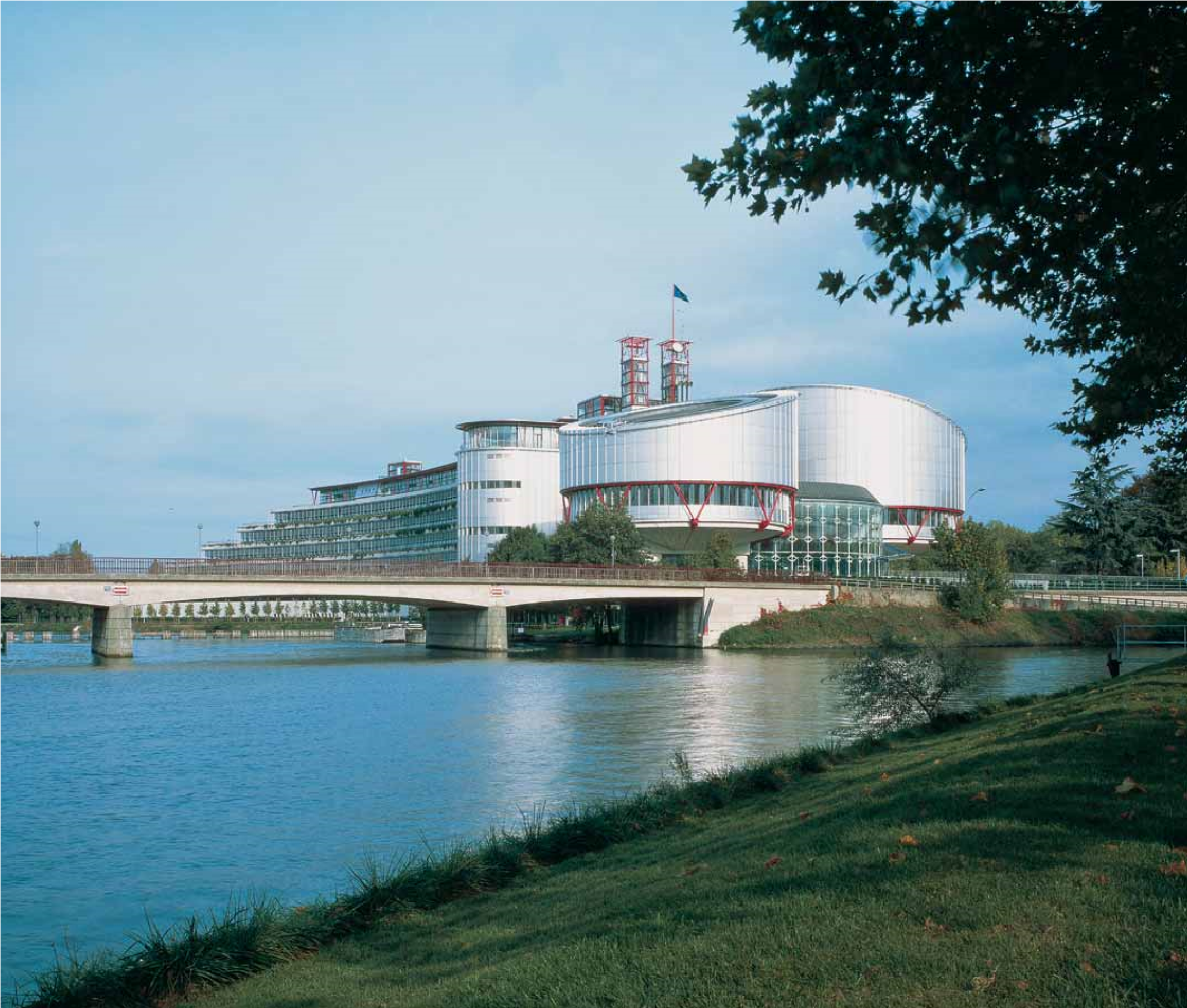 Retrieved from "https://www.designingbuildings.co.uk/wiki/European_Court_of_Human_Rights"
Create an article