On 4th October 2017, the Prime Minister Theresa May delivered her keynote speech at the Conservative Party’s annual conference in Manchester. 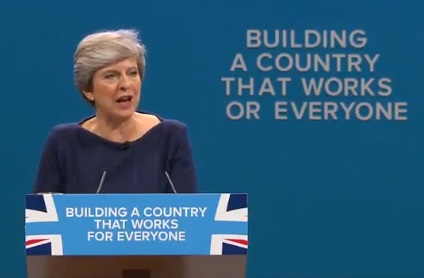 The media commentariat were quick to call it ‘shambolic’ and a ‘fiasco’, with May persevering through a protester handing her a P45, letters falling off the stage backdrop, and a failing voice.

Often coming under fire, particularly during the 2017 General Election, for not being personable enough as a politician, Mrs May sought to strike a personal note by saying that it had "always been a great sadness for Philip and me that we were never blessed with children". This, she said, did not stop her wanting to help young people on to the housing ladder.

A theme throughout the speech was of promising a ‘British dream’ for young people, with particular regard to home ownership.

May announced that the party will meet their manifesto pledge to renew the building of council and social housing, with an allocation of £2 billion. This takes the total budget for affordable housing up to almost £9bn.

Housing associations and councils would be able to bid for the money, May said, and provide certainty over future rent levels. This would mean that some homes will be built for social rent below market levels.

If ministers made the land available and gave young people the skills to build the houses, she challenged house builders to ensure they "build the homes our country needs".

There were no figures or housebuilding targets provided in the speech, although afterwards May’s team admitted to the press huddle, who subsequently shared on social media, that the extra social housing money will build 25,000 homes over 5 years – or 5,000 a year.

With over a million people currently on social housing waiting lists, there may be detractors who claim that the Conservatives’ plans fall short of offering a real solution to the ongoing housing crisis. Labour have pledged to build a million new homes, over half of which will be council homes.

Commenting on the speech, Julia Evans, Chief Executive at BSRIA said: “This announcement will revitalise industry confidence, but we must see a spade in the ground. Increased housebuilding is an absolute must for the industry… Regarding the Prime Minister’s intention to intervene in the energy market with the announcement of market-wide price caps – BSRIA is supportive of this – as long as it doesn’t prevent such energy suppliers investing in renewable energy of which BSRIA is supportive.”

Retrieved from "https://www.designingbuildings.co.uk/wiki/Conservative_conference_2017"
Create an article