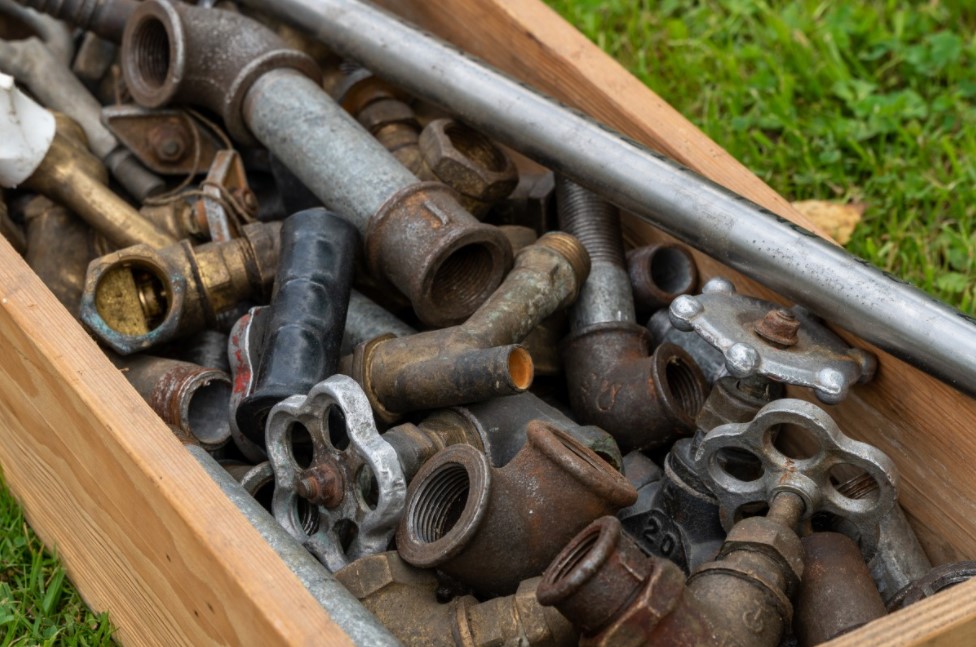 Brass is an alloy of copper and some form of zinc. Its appearance is similar to less refined forms of gold, but it is much stronger and cheaper.

Brass has been made since prehistoric times and has been used by many civilisations. Passing references to very early versions of the material date back as far as Ancient Greece (during the 8th–7th century BC), and there are additional examples from the 5th century BC found in China.

Brass became more widely used during the late Roman era (roughly around the 1st century AD) when the material was often used for coinage, military equipment, vessels for eating and drinking as well as other objects. Most of these early brass items were made with calamine instead of pure zinc. Calamine is the term used for the two zinc oxides known as smithsonite or hemimorphite.

In the period leading up to the Middle Ages, brass continued to be used in Islamic and Byzantine cultures. Its popularity in much of Western Europe declined until the medieval period, when demand for brass work once again increased. Many of the brass objects that were produced during this period were made from calamine ore found in the mines located in Germany, France and Flanders. Items such as domestic utensils and candlesticks could be procured by members of wealthier medieval households, and fine brass objects were also popular for religious purposes.

By the 16th century, the need for brass in England increased. This was due to the demand for brass-wire combs used by the wool industry. Widespread production of brass expanded towards the end of the 17th century as the material was used in the manufacture of even more common items.

By the 1800s, zinc had been purified and the resulting improvement in the new brass gave it qualities more suitable for casting processes. Birmingham (England) became almost a generic name for brass articles of all kinds which were sent around the world. Some fine brass castings were gilded or even plated with silver and then varnished to prevent tarnishing.

Modern brass items are made in lighter alloys while items that have been made in the traditional manner are considered luxury items.

Some uses of brass in the built environment include:

Modifications to the proportions of copper and zinc can result in types of brass with different mechanical, electrical and chemical characteristics. One type of specialty brass is a material referred to as ormolu. Originally this referred to metalwork that involved a form of gilding that used a high-carat gold–mercury amalgam on a bronze object. It was easy to cast and was usually associated with elaborate French furniture and metal parts made in the 18th and 19th centuries. Due to the toxic nature of the mecury vapour created during the process, the technique fell out of fashion and was outlawed in the 1800s. The term has since been used to describe a fine type of brass alloy, using equal parts of copper, zinc and tin, or copper and zinc alone.

Over time, brass can corrode to a dull brown colour. This form of corrosion is normally easy to remove with a standard metal polish.

Badly weathered brass can develop green deposits called verdigris. This form of heavy corrosion may leave the metal pitted, so it should be cleaned as soon as possible.

Retrieved from "https://www.designingbuildings.co.uk/wiki/Brass"
Create an article