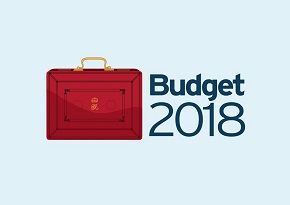 On 29 October 2018, the Chancellor Philip Hammond presented his Autumn Budget 2018 to Parliament. ICE welcomed the investment the government has announced for the UK's major road networks, but warns that much more funding is still needed for local roads.

In his speech, Hammond revealed a package for the second Road Investment Strategy of £25.3 billion for 2020 to 2025.

The investment, largely funded by road tax, is 66% higher than the previous five-year plan’s £15.2 billion, which former-Chancellor George Osborne announced in his 2015 Budget.

“It should be remembered that as we move towards a largely electric vehicle fleet, the government must think about other forms of revenue to pay for major road development and maintenance,” said ICE Head of Policy and Public Affairs Chris Richards.

“A pay-as-you-go road charging scheme should be considered, as ICE recommended in its recent State of the Nation, for the nation’s busiest roads to ensure the long-term security of revenue for continued maintenance and upgrades.”

The government is also ”immediately” releasing additional millions of pounds to help councils fix potholes and carry out bridge and other minor repairs.

“The government’s commitment of £420 million for local highways authorities to tackle immediate issues before the end of the year will be welcomed by local authorities and those who’ve seen the state of their roads declined as budgets get tightened.

“However, this is a small dent in the significant funding gap identified by the National Infrastructure Commission for local roads and should be seen as just the beginning of efforts to further improve local roads,” said Richards.

Hammond also announced £150 million of National Productivity Investment Fund (NPIF) funding for councils to use on small improvement projects "such as roundabouts".

It has also commissioned a new NIC study, to be published in spring 2020, on how to improve the resilience of the UK’s infrastructure in light of technological advances and future challenges such as climate change.

Climate change, as highlighted by the UN Sustainable Development Goals (SDGs), was the key theme of the Global Engineering Congress earlier in October 2018. The Congress brought over 2,500 engineers from over 80 countries to ICE’s London headquarters to discuss how the industry can help achieve the UN SDGs.

The Budget also briefly addressed how Brexit will affect the infrastructure industry:

“The government will review its existing support for infrastructure finance, to ensure that it continues to meet market needs as the UK leaves the EU.”

This article was originally published here on 30 Oct 2018 by ICE. It was written by Anh Nguyen. --The Institution of Civil Engineers

NB Krystyna Dawson, Commercial Director, BSRIA, said; "It is encouraging to see that The Chancellor, Philip Hammond, has delivered a portfolio of policies that decisively aim to boost house building. This will support both BSRIA members and the wider construction industry. His announcements go some way to ensure that the UK gets the housing it desperately needs to make Britain ‘fit for the future".

Retrieved from "https://www.designingbuildings.co.uk/wiki/Autumn_Budget_2018"
Create an article