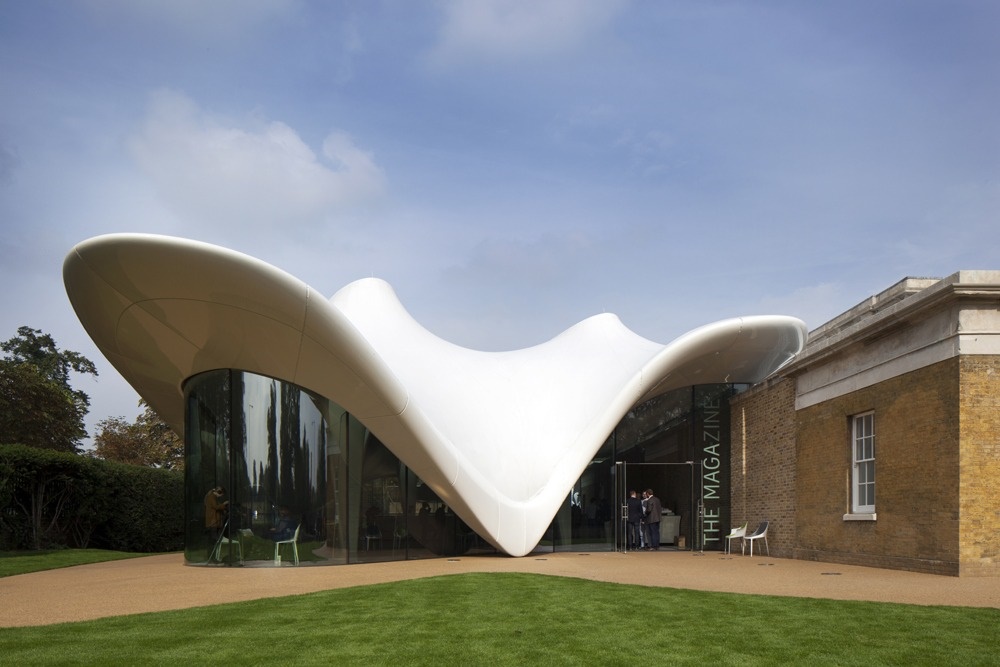 Tensile surfaces, that is, surfaces which carry only tension and no compression or bending, rely on double curvature for their stability. Stability is provided by the opposition of two curvatures which enable the surface to be tensioned without losing its form.

Tensioning the surface reduces its elasticity and so its tendency to deform under load, and the curvature itself means that the surface will deform less for any given extension.

Tensile surfaces can be used in buildings to create thin, long span enclosures, such as roofs for sports stadia, shopping centres, atria and so on. Typically they are constructed using a PVC coated polyester or PTFE coated glass fabric, typically just 1 mm thick.

Double curvature can be anticlastic or synclastic.

Anticlastic surfaces are those in which the centres of curvature are located on opposing sides of the surface. This is commonly-described as a saddle shape. A hyperbolic paraboloid is an anticlastic surface.

Synclastic surfaces are those in which the centres or curvature are on the same side of the surface. This is a dome-shape. This can be created with an architectural fabric by inflation – that is, air pressure within the dome maintains the form of the surface when it is tensioned, rather than the opposition of the curvatures.

Retrieved from "https://www.designingbuildings.co.uk/wiki/Anticlastic_structures"
Create an article