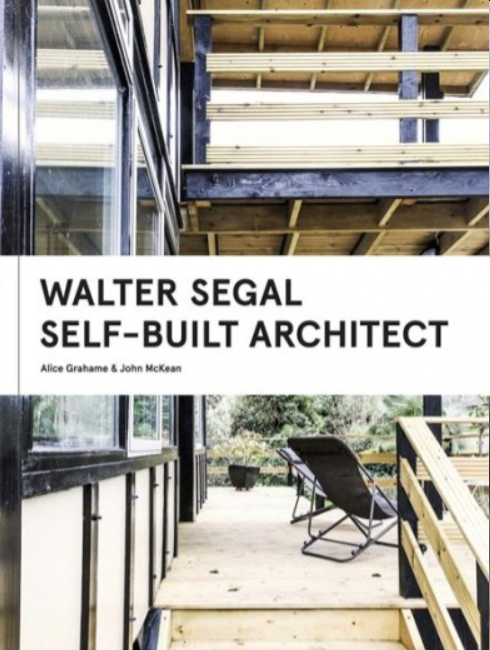 A new and definitive book on a pioneer of green architecture is most appropriate. While we endeavour to reduce our carbon footprint it is important that we study the ideas of those who have already devoted their career to the cause. The book celebrating the life and work of the 20th-century modernist Walter Segal (1907–85) is written by Alice Grahame and John McKean, who have carefully recorded the considerable architectural legacy that survives, much of it located in London.

Making use of wood, with eco-friendly construction methods, Segal both revived traditions that were centuries old and brought the use of timber into the modernist era. Although he had been close to many famous contemporaries (Corbusier, Gropius, Mendelsohn) he is by no means a household name. He was modest, amiable, practical and approachable. Unusually for an architect, he joined the builders of his schemes and helped with much of the work. Produced to the highest standards, Self-built Architect takes us through Segal’s career and beyond to illustrate his considerable influence.

Segal’s youth was spent on the Swiss-Italian border and later in Berlin, leading on to interesting episodes spent on Mallorca, and at Egyptological sites in Cairo and Aswan. In both these places he was impressed with the simple, cubic forms of the traditional Spanish and Egyptian houses. His beguiling line drawings in perspective and isometric views have an uncanny resemblance to the witty architectural draughtsmanship of his contemporary, Osbert Lancaster (1908–86). Impressive too are the measured drawings of 1935 of the ancient furniture discovered 13 years earlier in the tomb of Tutankhamun, as published in 2008. His scale drawings are acknowledged as a vital record of the 3,000-year-old artefacts. These meticulous images could have preserved Segal’s reputation as an archaeologist and draughtsman regardless of his later achievements in architecture.

In 1936, when the Nazi regime had taken control in Germany, Segal settled in London, where he remained for the rest of his career. Unlike many similar refugees, he did not face internment, and he resisted any temptation to re-emigrate later to the USA, as did the other Walter (Gropius), who passed through the small community of modernist architects who shared homes in the Isokon flats in Lawn Road before moving on to America in 1939. Segal instead was given war work, building air-raid shelters and surveying bomb sites.

When building materials ran short in the 1940s and 50s due to the war, he turned to alternatives, devising simple methods of construction in timber, usually with flat roofs that also required less material. Many refinements were needed to make such houses stable, long lasting, and draught- and rain-proof. Some larger projects can be found in central areas such as Kensington but much of Segal’s later work is to be seen in the suburbs.

Finally, he participated in the self-build projects with which, along with his activities as a teacher, his name and reputation are linked. This long and complex evolution is explored and generously illustrated in the book. It also benefits from previous accounts stretching as far back as the 1930s, when Segal first came to media attention. A considerable legacy of buildings dating to the period after his death in 1985, where his influence is unmistakeable, occupy 40 of the final pages of text and pictures. The last 24 pages contain an index, notes and book list.

This article originally appeared as ‘Necessity inspires’ in the Institute of Historic Building Conservation’s (IHBC’s) Context 171, published in March 2022. It was written by Graham Tite, former conservation officer.

Retrieved from "https://www.designingbuildings.co.uk/wiki/Walter_Segal:_self-built_architect"
Create an article