Turncoats debate - The End of the RIBA 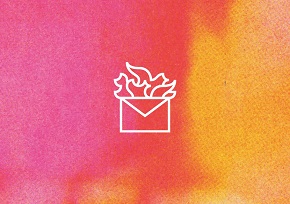 On 2nd November 2017, Designing Buildings Wiki attended the first in a new series of Turncoats debates, organised by the Architecture Foundation.

For those not familiar with Turncoats, they were set up to provide ‘a shot in the arm’ to ‘rubbish’ architectural debates which they deemed to be ‘lukewarm love-in, critically impotent, elitist and stuffy’.

This anarchic spirit characterises the proceedings of the debates. On arrival, attendees are provided with a sealed bag in which to place their switched-off phones lest anyone dare to tweet the views being aired, there’s free beer and vodka shots, and there’s a combative and purposefully provocative, yet light-hearted approach to debating the topics.

The first in the new series ‘The End of the RIBA’, posited the notion that the Royal Institute of British Architects (RIBA) is ‘a stagnant, antiquated, and irrelevant institution which demonstrably fails to enrich the lives or practice of architects anywhere.’ Describing it as a ‘fusty dinosaur’, the motion before the panel was that the time was ripe to rip it up and start again.

The chair was Amanda Baillieu, editor and founder of Archiboo, who presided over a panel including Jane Duncan, former President of the RIBA, and architectural designer Joseph Henry.

The ethos of Turncoats is that everything is off-the-record, and views can be aired that go unshared on social media, and so this article will refrain from attributing any of the comments from the debate.

The speakers in favour of retaining the RIBA spoke about how any institution trying to corral and influence such a large number of ‘self-obsessed, individualistic’ members (around 40,000) was almost destined to fall short of lofty expectations. They argued that the majority of members gripe and moan about how the RIBA doesn’t do enough for them, but they are unaware and uninterested in the many good things that the institute does – engagement with schools, the Guerilla Tactics events, CPD, providing an internationally-recognised brand for the profession, and so on.

With the motion positing the question of reform or revolution, it wasn’t long before the inevitable comparison with Brexit was made – chiefly, that it was preferable to try and improve and influence a bloated, bureaucratic organisation rather than succumbing to romantic notions of starting again from scratch.

Another speaker in favour of the RIBA argued that they recouped their annual membership fee just in phone calls to lawyers over issues of copyright and so on. It was this and other ‘unseen boring stuff’, such as the writing of contracts, and pensions that were the real benefit of the RIBA and these things would need to be done elsewhere if it were indeed to be scrapped.

The lack of diversity in the RIBA was raised several times, with all speakers agreeing that more needed to be done to make it more inclusive. Although, one of the panel said, female membership has risen steadily from 5% in 1980 to one-third today. An opposing panel member countered this by quipping that ‘you can’t have a ‘Royal’ institute and talk about diversity’.

The speakers condemning the RIBA highlighted that this was the week during which members would be receiving their annual invoices for £425, which they feel they must dutifully pay in the full acceptance that their professional careers will be far from enriched as a result. It also being the week of the Stirling Prize, they were criticised for spending far too much time ‘hyping one or two flagship projects’ instead of raising standards across the whole of the otherwise ‘poor’ built environment.

Younger architects, it was argued, are rightly asking what the point of the institute is, since it has no political power (apparently its charitable status prevented it from speaking out during the EU Referendum campaign), no regulatory purpose, and no vision of the future. Not to mention the fact that the turnout for RIBA elections is pitifully low.

Hammering home the ‘fusty dinosaur’ image, one speaker raised the point that the last major update of the RIBA Charter was in 1971, a time when a large number of architects worked for public bodies, and many were part of a union. It was described, similarly to the EU, as being far too bloated and vast to reform, with its staff of more than 250 and a council of 55 members. Another simply claimed that ‘architects have been hiding behind the RIBA for its relevance for too long … scrap it and call their bluff.’

Opening it up to the audience for their verdict, the loudest cheers came in favour of retaining the RIBA. So its future would appear safe from rebellious revolution for now.

Retrieved from "https://www.designingbuildings.co.uk/wiki/Turncoats_debate_-_The_End_of_the_RIBA"
Create an article