A trench is is an excavation, the length of which greatly exceeds its depth. Shallow trenches are usually considered to be less than 6 m deep and deep trenches greater than 6 m. Trenches are commonly required to allow services, pipelines or foundations to be laid.

A trench box is a temporary retaining structure which allows the sides of the trench to be cut vertically or near-vertically. Trench boxes are suitable for low-risk situations in stable, dry ground, often when other solutions, e.g. piling, would be inappropriate.

Trench boxes are typically made from steel or aluminium and are two-sided, supporting both sides of an excavation, separated by spreaders. They require at least two separating struts per panel for stability.

Trench boxes can be placed in pre-excavated trenches or installed using a ‘dig and push’ technique. This involves pushing them into the ground as the excavation proceeds with an excavator removing soil from between the panels, while ensuring that the sides of the trench are supported at all times. The trench width must be sufficient to accommodate what is being laid in the trench, the width of the excavator bucket, and the thickness of the box panels.

Retrieved from "https://www.designingbuildings.co.uk/wiki/Trench_box"
Create an article 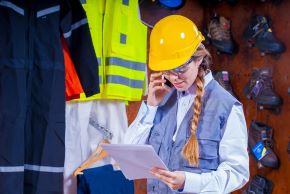 It shouldn't be so difficult to find PPE that fits properly. 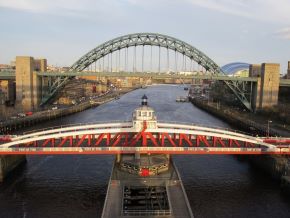 Pivoting infrastructure technology stands up to the test of time.

Report on the construction sector in Ireland