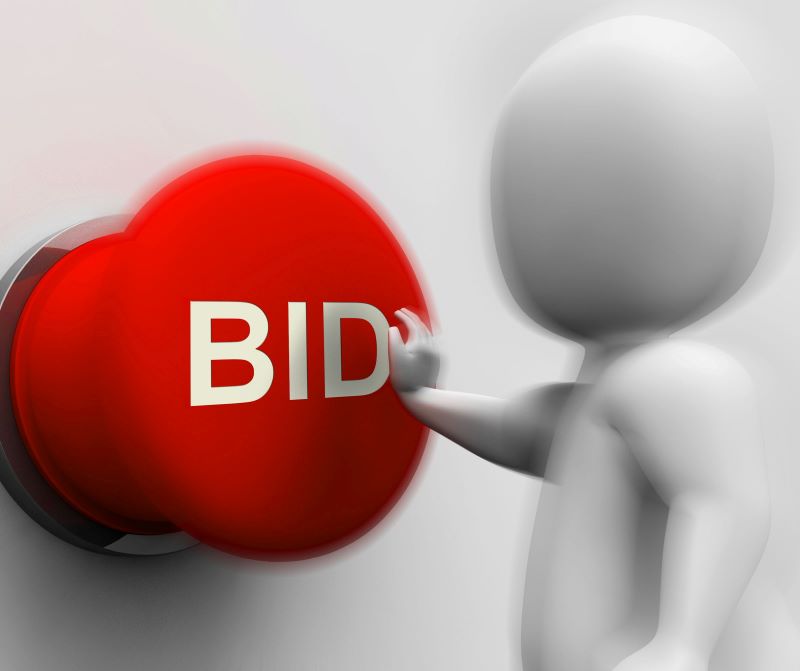 Reverse auctions occur when suppliers compete for business in an online event by submitting the lowest bid during a specific timeframe. Reverse auctions can either be open or closed/private and are forms of Dutch auctions (also known as open descending-bid auctions where an initial price is set and progressively lowered until a bidder is prepared to accept the amount offered).

The purpose of a reverse auction is to allow business owners or procurement managers to purchase construction services at the lowest price. It does not take into consideration the experience or qualifications of the bidder.

This form of service procurement originated in the US the 1990s as businesses began to incorporate Internet-based methods to increase the speed of their procurement processes. The approach was initially used to purchase items such as office supplies and manufacturing equipment, and services such as tech support. It was not until 2000 that reverse auctions were used construction services in the US by large retailers, pharmaceutical companies and automobile manufacturers.

Reverse auctions were introduced in the UK in the early 2000s when the Office of Government Commerce (OGC) tested it as a procurement method for negotiating contracts for products and services not specifically associated with construction. It became more popular within the government and is still used today.

For the project owner, the outcome of a reverse auction will depend several factors:

Suppliers must consider the following criteria before submitting their bids:

By treating construction projects as commodities (such as office supplies or manufacturing equipment), the reverse auction process can fail to properly consider external variables such as weather, personnel, site conditions and other so on. This method has generally not been popular within the construction industry.

Retrieved from "https://www.designingbuildings.co.uk/wiki/Reverse_auction"
Create an article