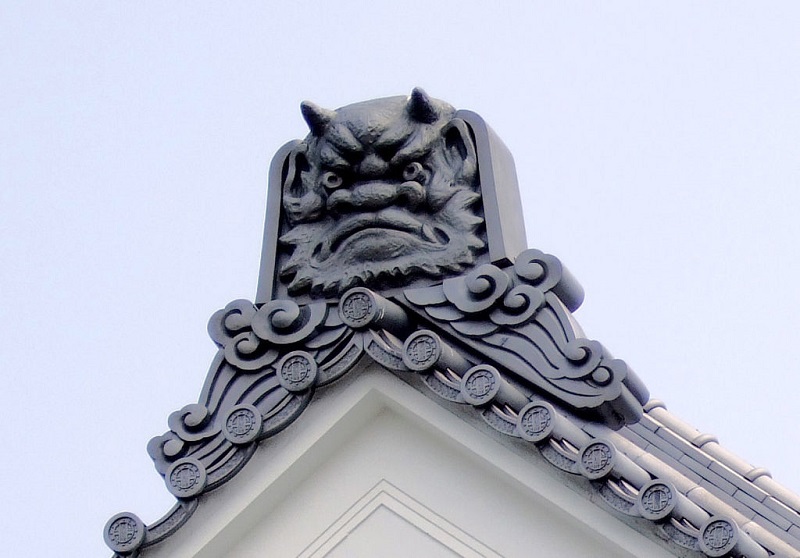 Onigawara are a type of roof ornamentation found in Japanese architecture, in particular, on the roofs of Buddhist temples.

They are generally roof tiles or statues that depict a Japanese ogre (oni) or demon. Prior to the late-12th century, they tended to be decorated with floral or plant designs, but with the arrival of the Kamakura Period (c. 1185), the ‘oni’ design became more prevalent.

Another similar decorative feature in Japanese architecture is shachihoko [see image below], which is a carving covered in gold leaf of a mythical creature comprising the body of a fish and the head of a tiger. These are often found on top of the main ridge of temple roofs and castles, to ward off fires. 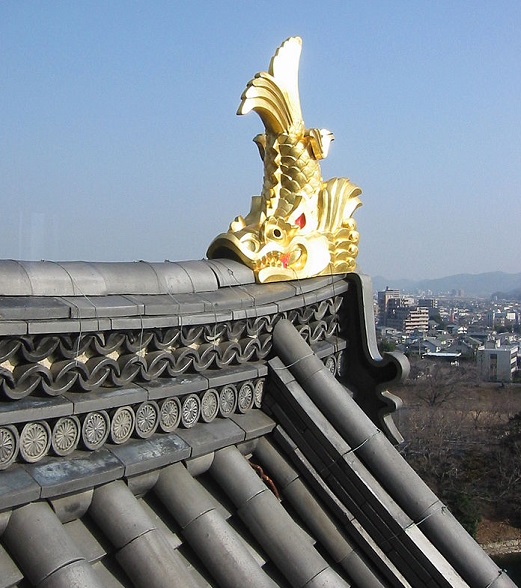 Retrieved from "https://www.designingbuildings.co.uk/wiki/Onigawara"
Create an article