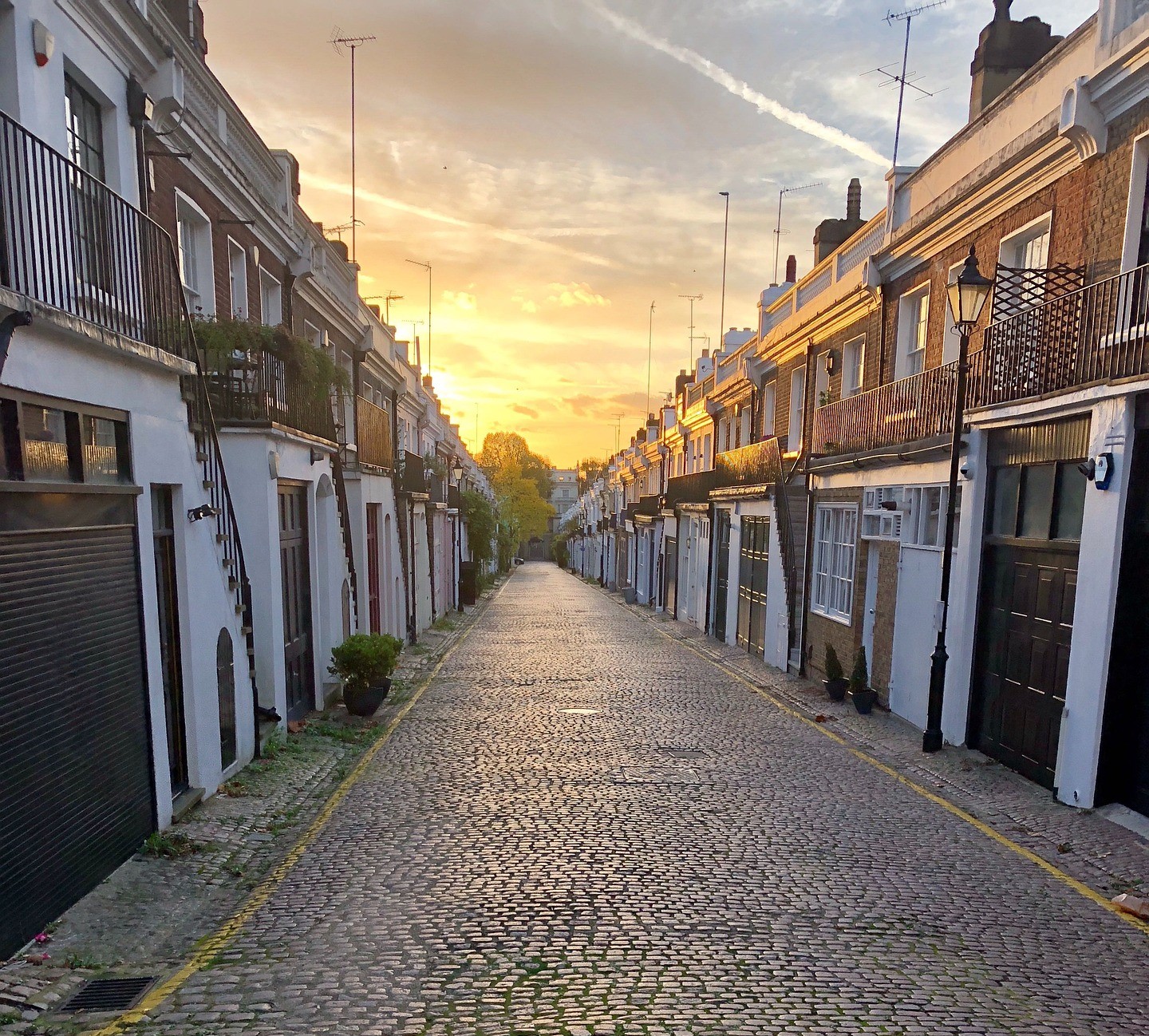 The Penguin Dictionary of Architecture (third edition) was published in 1980. It was created for Penguin Reference and compiled by John Fleming, Hugh Honour and Nikolaus Pevsner.

It defines a mews as: ‘A row of stables with living accommodation above, built at the back of a townhouse, especially in London. They are now nearly all converted into houses or “mews flats”’.

As a tertiary type of road or street, a mews is generally a type of service lane that provides access to properties within a residential area. The benefit of a mews is that it provides access to the home, but it redirects the noise and pollution (including service vehicles) away from the front entrance, which is typically situated on the other side of the building.

Usage of the term mews originated with the royal stables in the UK, which are referred to as the Royal Mews. These stables were built in the 1500s on a site that was the former location of the royal hawk mews. It is believed that the word ‘mews’ is associated with the French word, ‘muer’, which means to moult - thus the connection between mews and hawks. One advantage of this system was that it hid the sounds and smells of the stables away from the family when they were not using the horses.

After its introduction in royal terminology, its usage was often applied to city-based domestic stables that had dwellings above them. The term mews became commonplace throughout the English speaking world in the 17th and 18th century.

Traditionally, the humble living quarters above the mews - sometimes nothing more than a hayloft - were for members of the serving staff who were only given a cleared out space for sleeping. It was unusual to find windows in the living quarters of a mews, perhaps due to the cost or lack of necessity.

Meanwhile, the family lived in the more luxurious portion of the home that opened out to the main street. Sometimes a tunnel would have been built so the servants could travel between the stables in the back of the house and the front of the house without disturbing the family.

As the public shifted its reliance from horses to motorised vehicles for private transportation in the 20th century, the term mews became associated with residential buildings that incorporated the original configuration of a residence situated above garages - which would have previously been stables.

In modern times, mews are often quiet alleys that are considered to be relatively secure. They tend to have little vehicular traffic, other than that which is directly associated with their residents.

Retrieved from "https://www.designingbuildings.co.uk/wiki/Mews"
Create an article