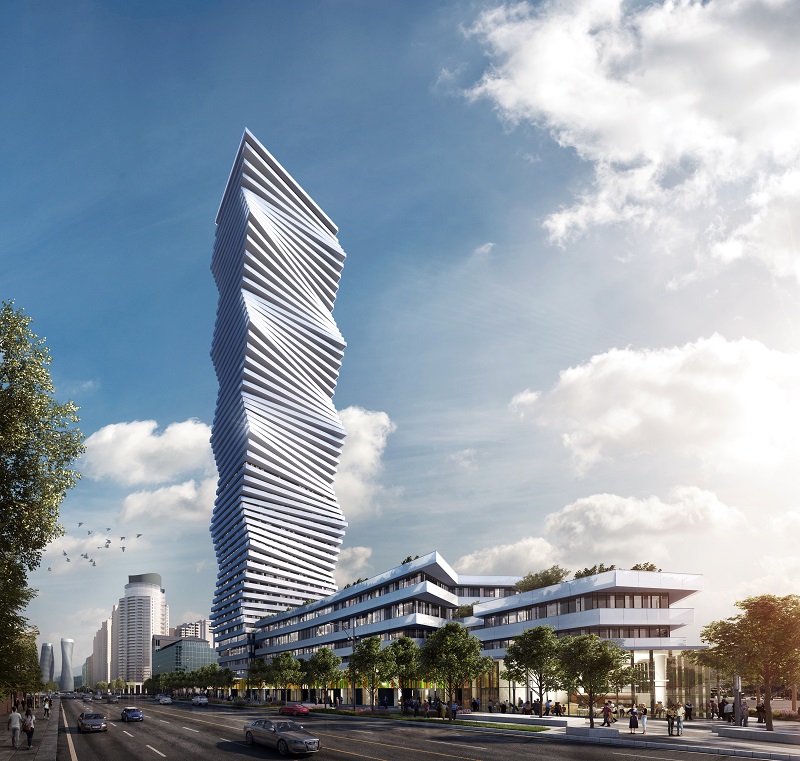 In January 2016, designs were released for a striking new high-rise tower that will be the flagship of a new M City masterplanned community in Mississauga, Ontario.

Rising to a height of 60 storeys, the tower will be the city’s tallest building, and the first of 10 towers in a $1.5 billion urban redevelopment.

Conceived by CORE Architects, who won a design competition for the project, the tower’s undulating geometry results from seven floor plates that twist the building as it rises. Each of M City’s seven typical floor plates take turns skewing to each extreme, stacking in a repetitive pattern. The non-rectangular geometry creates the impression of fluid movement and lightness of mass, leaving a striking presence on the Mississauga skyline. 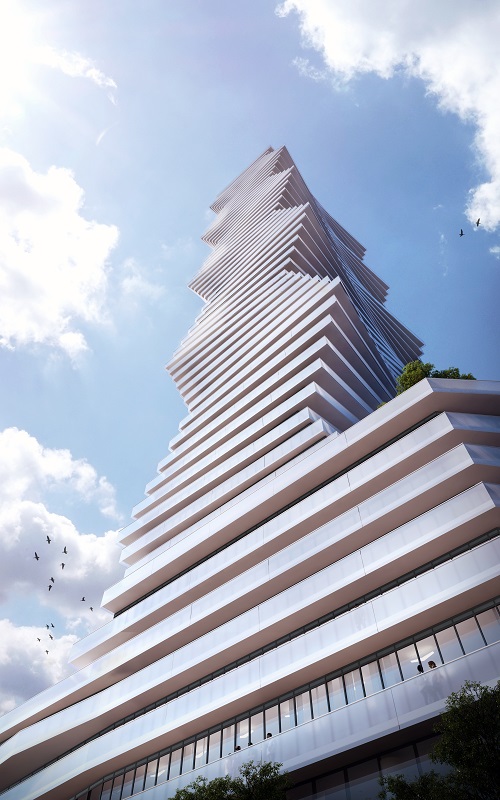 All amenities, common areas and suites for the project were crafted by the award-winning interior designers Cecconi Simone, who drew inspiration from the architecture’s fluid form and dynamic geometry. The spaces are not simply square or straight but are sculpted in angular planes defined with different materials. Floor finishes wrap up walls, planes are folded and twisted, sunlight and artificial light are manipulated to enhance the spaces.

Rogers Real Estate Development Inc. is the owner and developer of the project. Urban Capital Property Group was retained by Rogers to help lead the development of the first phase of M City, having first assisted in winning the City of Mississauga’s approval of the master plan for the whole 15-acre community.

Edward Rogers, Rogers Real Estate Development Limited, said: “Mississauga has reached an inflection point and we recognize that we have a significant role to play in how this city continues to evolve. This is a once-in-a-lifetime opportunity to play an active role in shaping the future of a city.”

Retrieved from "https://www.designingbuildings.co.uk/wiki/M_City"
Create an article