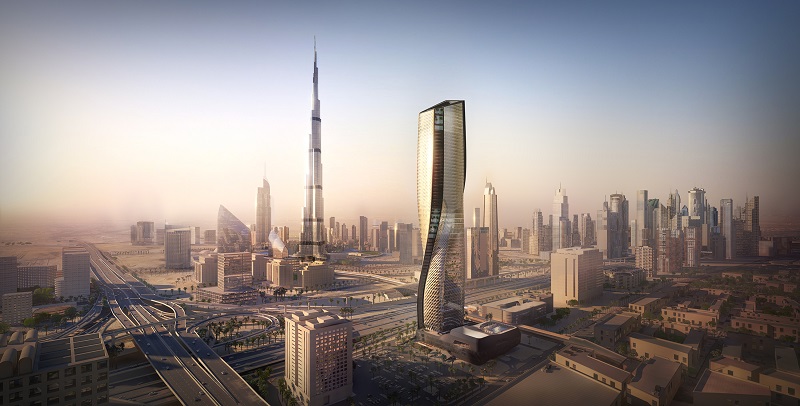 In October 2017, UNStudio and Werner Sobek unveiled their design for a new Dubai skyscraper with what has been described as the 'world's tallest ceramic facade'.

Wasl Tower will be located in an exceptional, central position along Sheikh Zayed Road, the main thoroughfare that connects the Emirates north to south - and directly opposite the world's tallest building, the Burj Khalifa.

The 300 m-high skyscraper is designed with a twisted, asymmetric shape and will be clad in glazed clay tiles that interlace to form sweeping curves. According to the designers, their concept adopts the principle of 'counterpose', a form in classical sculpture which involves one foot taking more weight and the shoulders and hips being naturally twisted off-axis.

The facade will be illuminated at night in a programmed rhythm, giving the impression that the building is breathing. Developed by Arup, the lights will be positioned behind the fin-shaped tiles and will be powered through solar panels installed on the roof of a nearby car park. The carefully-angled tiles will also provide shade whilst allowing natural light to filter into the building.

The mixed-use building will be operated by hotel group Mandarin Oriental and, in addition to a hotel, will contain offices, private apartments, and public spaces. An open seam will run the full height of the tower, forming a 'vertical boulevard' of stacked outdoor balconies and greenery, with an infinity pool at the top. 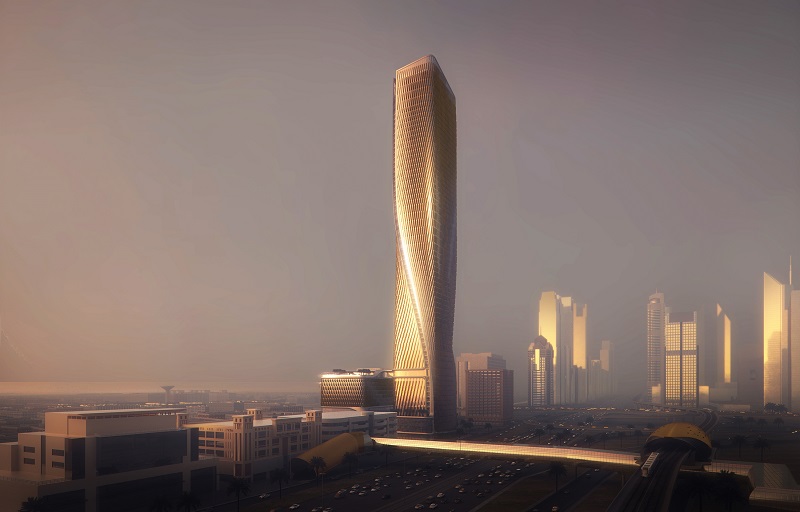 Retrieved from "https://www.designingbuildings.co.uk/wiki/Wasl_Tower"
Create an article