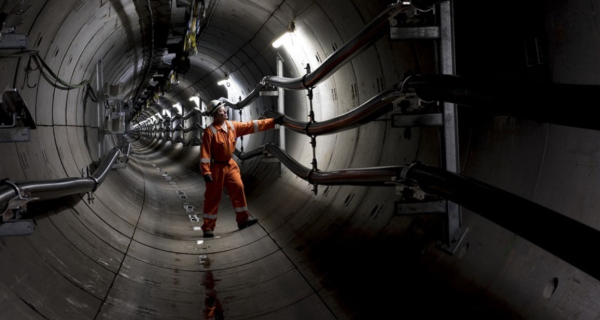 The London Power Tunnels project is a National Grid infrastructure investment in London’s electricity transmission system. The project is the first significant renovation of the city’s power grid since the 1960s. The total cost is estimated at £1bn and is expected to take 18 years.

Much of London’s electricity infrastructure is already delivered through a network of underground cables. However, the majority of this network is just below the surface of the road, which means maintenance (and any significant replacement) takes place above ground - causing significant disruption to the city’s traffic. The construction of new tunnels requiring a significant amount of excavation under Tube lines, canals and rivers provides an alternative.

This phase concentrated on constructing a 30km network of underground tunnels from Hackney to Willesdon from east to west, and from Kensal Green to Wimbledon in the south. The works required the installation of the longest single-length power cables in an underground utility tunnel in the country.

The tunnels carry 192km of 400kV cable and 30km of 132kV cable. This created 10 new transmission circuits which are able to support 20% of London’s electricity demand.

To support National Grid’s sustainability initiatives, the organisation recycled 99% of the materials excavated during this phase of the project.

Referred to as London Power Tunnels (LPT2), the second phase of the project began in March 2020. This will carry a network of cable tunnels from Wimbledon to Crayford. It is projected that LPT2 will be fully operational by 2026.

The majority of LPT2 tunnels will be approximately 30m deep. This is roughly equivalent to the height of a 10 storey building. This second phase will result in a new network of cable tunnels approximately 32.5km in length.

Retrieved from "https://www.designingbuildings.co.uk/wiki/London_Power_Tunnels"
Create an article