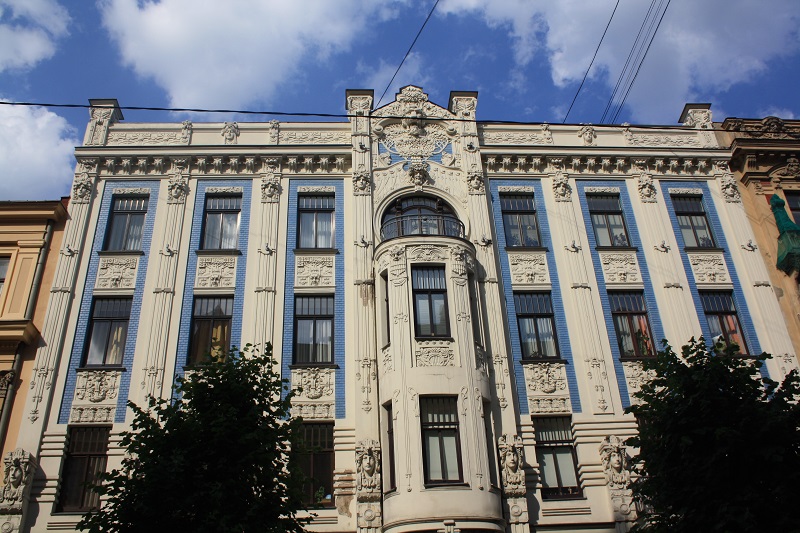 Jugendstil is a type of Art Nouveau architecture that emerged in the late-19th and early-20th centuries.

The aim of Art Nouveau was to escape the eclectic historical styles that had come to dominate the late-19th century and so modernise design. Inspiration was drawn from both organic and geometric forms, merging flowing, natural designs with more angular and rigid contours. 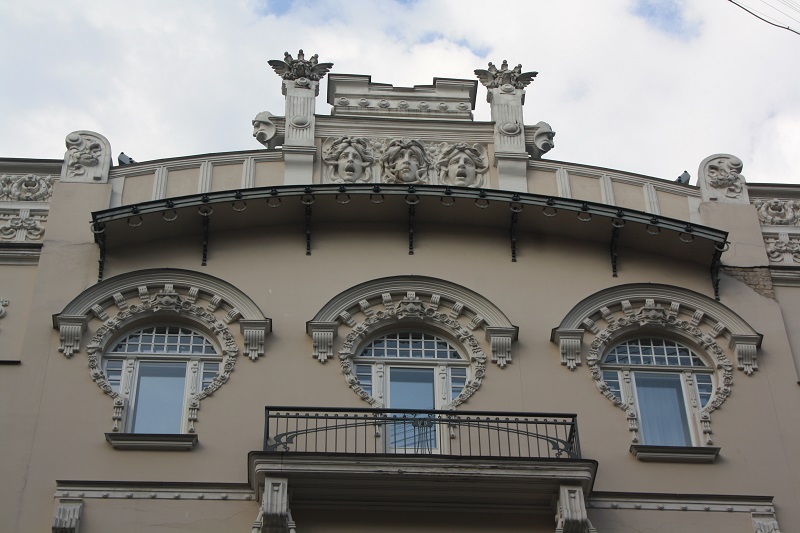 As the Art Nouveau movement spread through Europe it evolved in different forms in different countries – Style Moderne in France, Secession Style in Austria, and Jugendstil in Germany.

The Latvian capital of Riga is the most celebrated Jugendstil city in the world, with a large concentration of buildings designed in the style – roughly one-third of all the buildings in the city centre. The reason the style is so prevalent is that at the height of the Art Nouveau period, Riga was experiencing a financial boom. At the same time, restrictions were lifted on the construction of masonry buildings outside the Old City fortified walls. Accordingly, most of Riga’s Jugendstil buildings date from between 1904 and 1914. 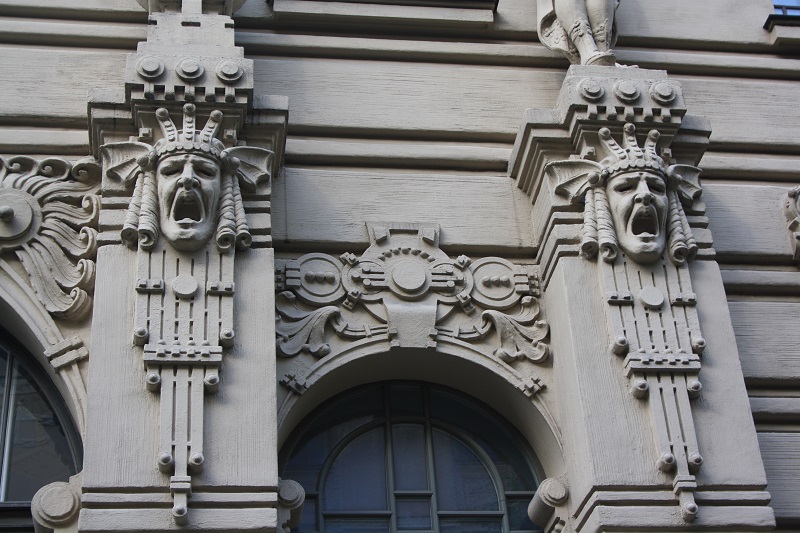 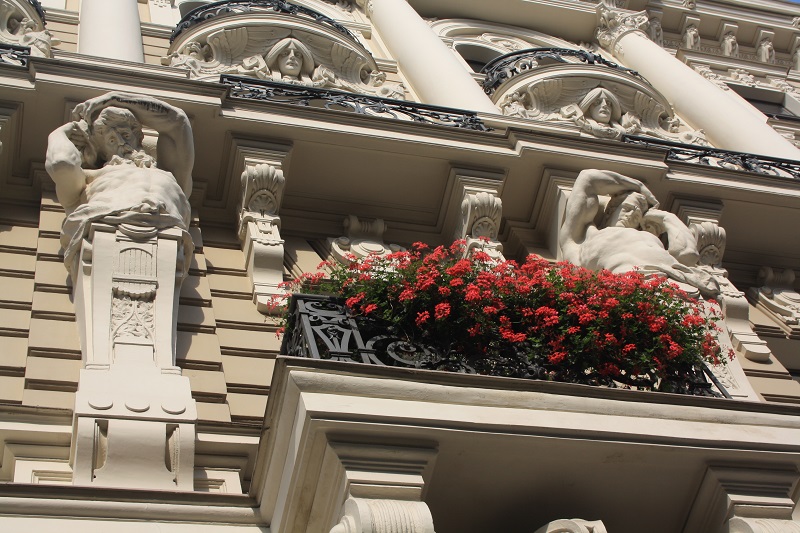 One of the most prolific and revered Jugendstil architects was Mikhail Eisenstein, who is particularly well known for his highly-ornamental three-storey apartment buildings on Alberta iela. One example features a massive woman’s face, a screaming woman, a satyr, and large busts of Lady Liberty.

On other buildings, entrances are guarded by sphinx, and windows are shaped like large keyholes. At the corner or Elizabetes and Antonijas streets, one of the city’s most famous buildings features a blue façade with long faces at the top (see below). 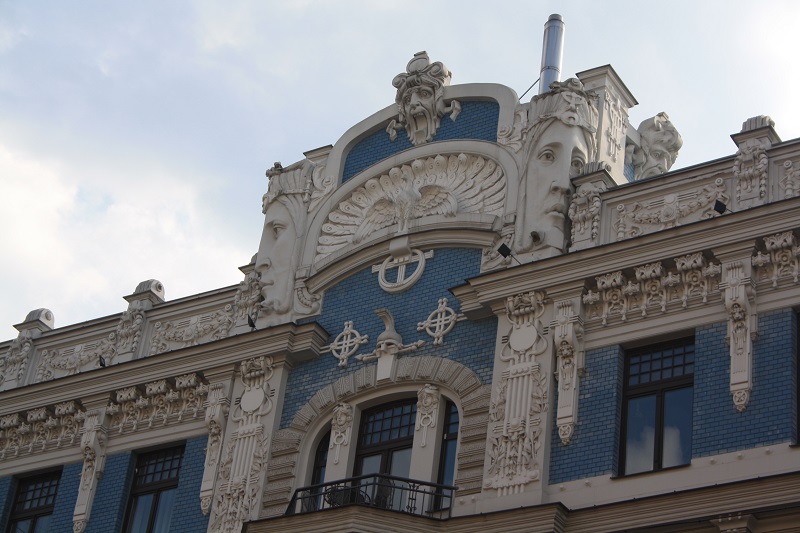 Retrieved from "https://www.designingbuildings.co.uk/wiki/Jugendstil_architecture"
Create an article