History of the Institution of Civil Engineers 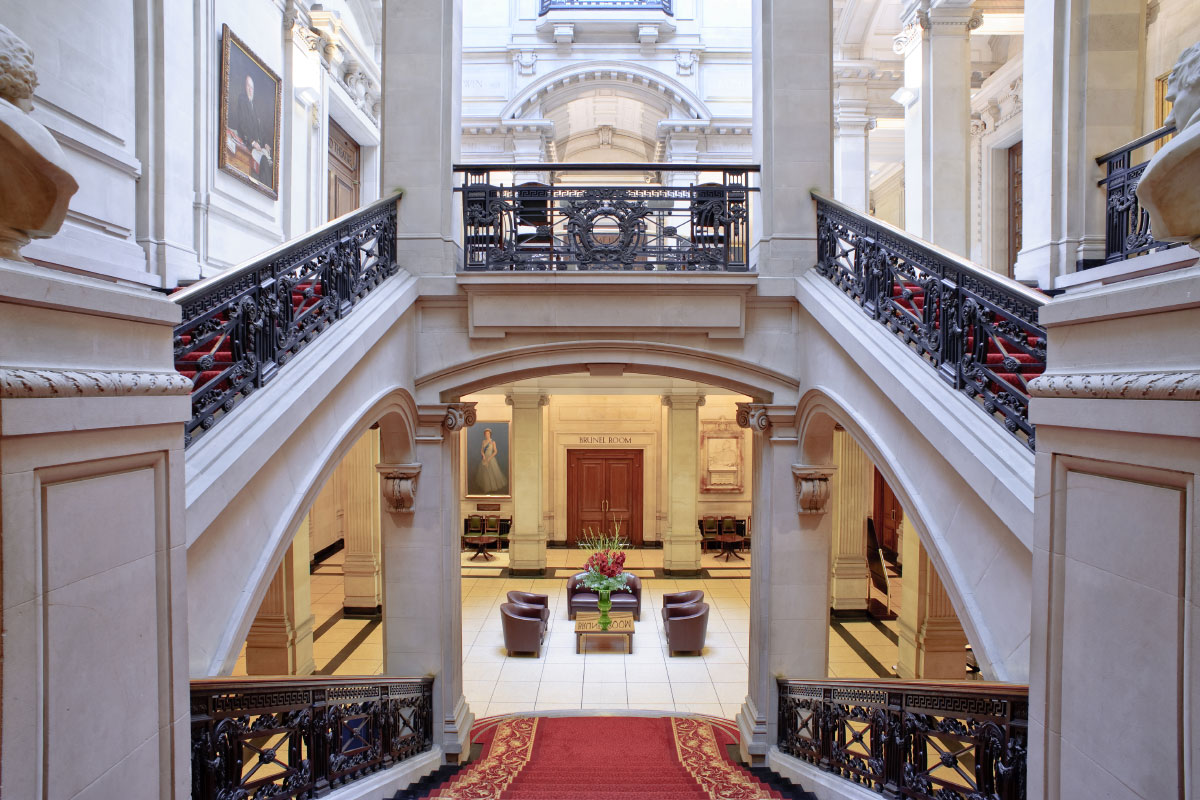 Preceding the eighteenth century, engineers around Europe were mostly military men. Civil engineering work was carried out but an identifiable profession did not exist in the UK and this was a consistent theme across Europe. Early in the eighteenth century however, the first engineering school was established in Prague and others followed in a score of European cities. The UK maintained the military status of the discipline with exclusive military engineering schools in Woolwich and Addiscombe Hill. Commonplace civil engineers were restricted to education on scientific concepts at universities/academies with most skills for civil engineering nurtured through pupillage systems. The vast majority of engineers came into the profession by learning their craft from established figures such as John Smeaton and John Grundy Sr.

During this time, British engineers delivered remarkable projects including the Edinburgh and Glasgow Union Canal and Wade's Bridge across the River Tay in Aberfeldy. This signified a very developed state for the profession around the UK, one that was as, if not more, advanced than its counterparts around the world in many ways. However, with the obvious issues surrounding the aforementioned pupillage systems (such as lack of documentation and quality control), change was necessary to ensure a sustainable growth for the profession. It was clear that a forum for collaboration, discussion and knowledge share as well as a system by which the status of civil engineers was institutionalised was needed.

As one of the pioneers of his time, John Smeaton formed the first engineering society worldwide in 1771 alongside six other leading British engineers at the time under the name “Society of Civil Engineers” (rebranded the “Smeatonian Society of Civil Engineers” after Smeaton’s death). This led to the widespread use of the title “civil engineer” as a means for differentiating from military engineers. John Smeaton, as the first self-proclaimed civil engineer, was the originator of the title and is commonly referred to as the “father of civil engineering” in modern day. The society existed as a dining club which facilitated intellectual discussions and communication of ideas and knowledge of different disciplines within civil engineering. While this was seen as a step forward, the society maintained an informal status, held a limited number of technical meetings and comprised a restricted membership policy.

It was only in 1818 that a group of ambitious young engineers (average age of 25) took inspiration from John Smeaton’s endeavours to start what is now the ICE. The main aim of the Institution was to promote and enable open discussion on engineering subjects and knowledge share for the mutual benefit of all members. It was established primarily as a learned society and qualifying body to develop the skills of its members and set standards for those engaging in the profession or in other related disciplines/professions.

The foundation of the ICE was an expected outcome following the rise and development of the profession. It was the world’s first professional engineering body and this professional element distinguished it from any of its counterparts. Two years later, Thomas Telford resumed the role of Institution President. He was one of the greatest civil engineers in Britain at the time and was well respected among his scores of political and public contacts. He expanded the footprint and sphere of influence of the Institution to all corners of the UK and overseas. In 1828, he established the Institution’s Royal Charter which confirmed its status as profession leader. It is worth noting that the ICE outlives the period in which the engineering profession underwent significant fragmentation (formation of the institution of mechanical engineers and society of telegraph engineers) and was one day the unified institution serving all engineering disciplines.

Today the Institution has helped shape the development of the engineering profession for just shy of two hundred years. It has also been intensively engaged in improving the public image and influence of civil engineers in society. The Institution has been a model for similar organisations all over the world with 80,000 members of all grades, 25% of which are from outside the UK (spread over 16 countries). It is through the efforts of the ICE that civil engineering remains a major contributor to economic growth and quality of life around the world. Therefore, it would be nearly impossible to appreciate and understand the state of the engineering profession in this time and age without looking into its role and visiting its history.

And Articles by ICE on Designing Buildings Wiki.

Retrieved from "https://www.designingbuildings.co.uk/wiki/History_of_the_Institution_of_Civil_Engineers"
Create an article