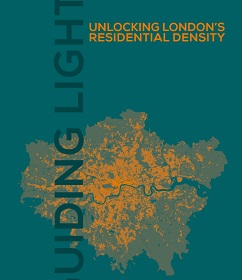 People expect good natural lighting, both daylight and sunlight, in their homes. In cities, however, external obstructions restrict the amount of light that is available.

A BRE publication, ‘Site layout planning for daylight and sunlight: a guide to good practice’ (BRE Report BR209) gives guidance in this area. It explains how to limit the loss of light to existing buildings (especially housing) and how to achieve good levels of light in new developments.

Local authorities often use the BRE Report when deciding whether to give planning permission in situations where daylight and sunlight are important.

Daylight surveyors GIA, the authors of the report, claim that local authorities use the BRE guidance ‘mechanistically’, preventing high density development. They point out that some historic London streets have higher levels of obstruction, and call for alternative targets in London, although they do not specify what these are.

The BRE Report itself recommends a flexible approach to applying the guidance. Its Introduction states that different target values can be used in historic city centres or areas with modern high rise buildings. An appendix to the guide explains how these can be applied. In BRE's experience, local authorities in London generally use the guidelines appropriately, allowing flexibility in tight urban environments.

GIA argue for density targets to be increased, and used as the basis for reduced daylight recommendations in areas of London. However, it is vital that new guidance recognises the human need for natural light, and doesn’t recommend conditions that may have an adverse impact on health.

Recent research has shown that daylight is more important than previously recognised. Scientists have discovered sensors in the eye, triggered by daylight, which regulate sleeping and waking and release hormones that help guard against cancer and other diseases. For this reason a new draft European standard on daylight recommends levels that are significantly higher than those in the BRE guidance.

There is an alternative approach, which involves careful daylighting design based around the principles set out in the BRE Report. High density is still possible, but the layout of new homes needs to be planned with care and appropriate window sizes specified. The historic examples cited by GIA often have larger windows on the lower floors which are more heavily obstructed. New developments also need to acknowledge their neighbours’ need for light, avoiding insensitive high rise blocks being built too close to nearby dwellings.

This article was originally published here by BRE Buzz on 14 June 2017. It was written by Paul Littlefair.

Retrieved from "https://www.designingbuildings.co.uk/wiki/Guiding_light:_Unlocking_London%27s_residential_density"
Create an article