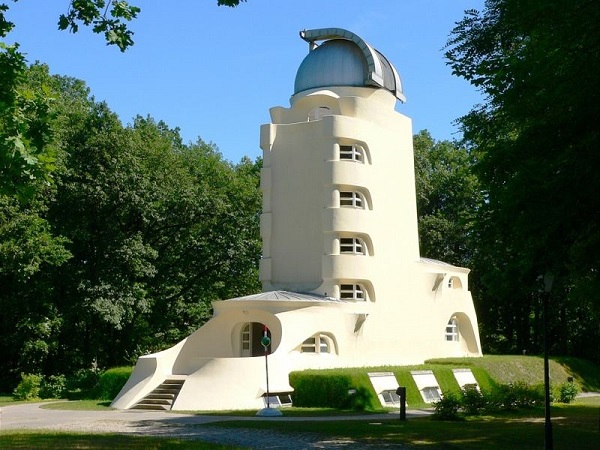 Expressionism emerged in Northern Europe in the early 20th century in poetry and painting, where it attempted to distort reality to express subjective, emotional experience. It quickly spread through all of the arts and architecture, pioneered by a group of architects from Germany, Austria and Denmark.

Expressionist architects used materials such as brick, concrete and glass to create novel sculptural forms and massing, sometimes distorted and fragmented to express an emotional perspective. Very often, expressionism involved a rejection of historical styles, symmetrical forms, and traditional designs, and instead embraced abstraction (based on structures not found or seen in the real world). This tended to result in unusual building forms using innovative construction techniques that stood out from their surroundings.

While the individualistic and informal approach to expressionist architecture makes it more difficult to define as a precise style, there are some recurring characteristics, including:

One of the landmark buildings of the expressionist form is the Einstein Tower by Erich Mendelsohn (see top image).

Retrieved from "https://www.designingbuildings.co.uk/wiki/Expressionist_architecture"
Create an article

Favoured in ancient settlements and garden cities but rejected in Circleville.