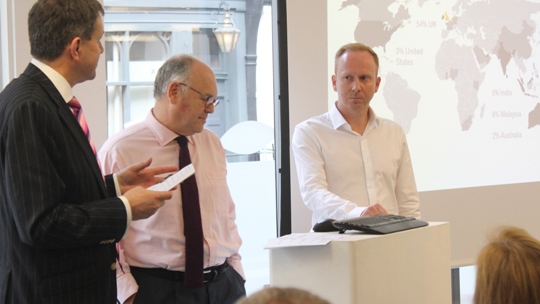 Julian Barwick, Executive Director at Development Securities, kicked things off with a presentation in which he suggested long-awaited change might be about to hit the construction industry. Julian pointed out that construction hasn’t really progressed in the last 2,000 years. Whilst we have computers now, and steel, so we can build faster and more accurately, the basic techniques would be familiar to a Roman engineer. But perhaps now, we are on the threshold of a new world in which radical technologies disrupt the status quo. Moves to automate construction are gathering pace, and in 50 years' time we might all own nano-machines that can create anything at the touch of a button. Scarcity will then be a thing of the past. What impact will this have on the established order? How will abundance and automation change the structure of the industry? How will rapid innovation affect our need for information? Who will emerge as the winners and losers? Perhaps Roman engineers will be less comfortable in the world of 2064. 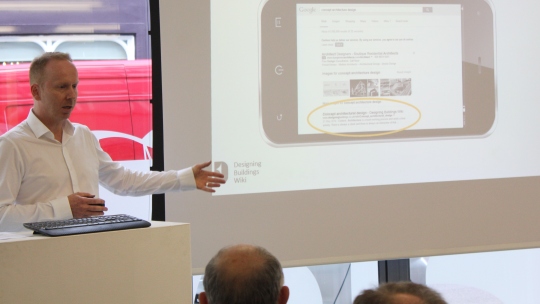 In his presentation, Gregor Harvie, co-founder of Designing Buildings Wiki, urged the industry to start exploiting the potential of digital media and stop creating ‘glossy’ pdf’s with copyright symbols on them as if we’re in the 16th century and have just published a book. We should be creating knowledge in an open format that allows it to be published anywhere and everywhere, so that as many people as possible can find it. We should make our knowledge as easy to use as possible; easy to understand, and with a licence allowing people to share it, reproduce it, copy it and improve it. He suggested that if the construction industry adopted a common standard for producing and publishing knowledge, it would make it easier to collaborate in its preparation, easier to find and share, and easier to carry forward from one project to another. He said that if the industry was to do just one thing, it should give every document it produces a unique identification number. At a stroke we would then be able to index the entirety of construction industry knowledge and search it by product, company, author, project and subject.

Harvie revealed that 46% of the users of Designing Buildings Wiki are from outside the UK and that their distribution around the world is an exact mirror of the places that employ UK consultants. The more accessible, useful and useable we can make our knowledge to people overseas, the more likely it is they will come to us when they are awarding contracts.

The presentations were followed by a lively debate, and conversations continued over drinks. Thank you to everyone that contributed to making it such a memorable evening. You can find more photos on Storify and Flickr and you can see the twitter feed that ran during the event at #dbwikido. 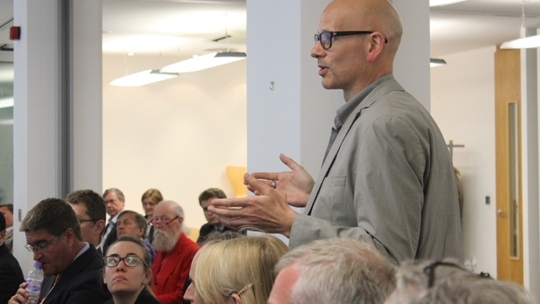 If you would like to be involved in developing a common standard for UK construction industry knowledge, please let us know by emailing [email protected]uk. 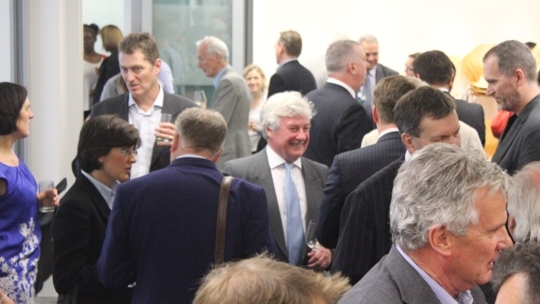 Retrieved from "https://www.designingbuildings.co.uk/wiki/Event_celebrating_two_years_of_knowledge_sharing"
Create an article