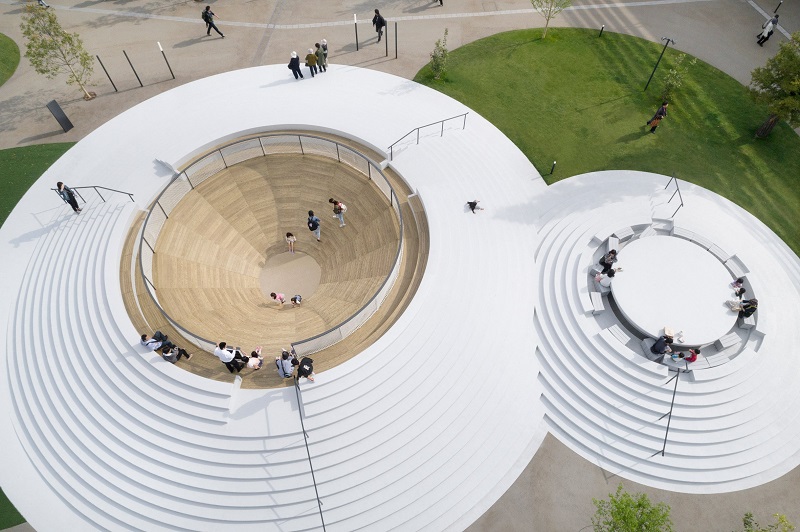 CoFuFun, located outside Tenri Station, is Nendo’s largest project to-date, and their first public space. It takes its design inspiration from ancient Japanese tombs known as ‘cofun’. The landscape of the plaza, punctuated by the cofun, is intended to represent the characteristic geography of the Nara Basin area, which is surrounded by mountains.

The plaza’s name combines ‘cofun’ with ‘fufun’ which is a Japanese expression meaning ‘happy, unconscious humming’. 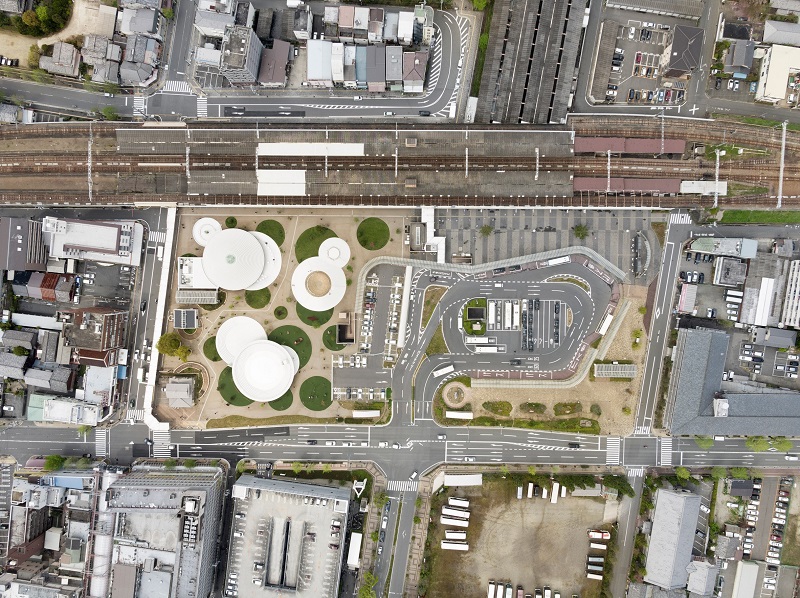 Pieces of a precast concrete mould were fitted together to create the white, disc-shaped cofun structures. A low cost was achieved by using the same factory moulds several times, creating a precise and easy-to-assemble structure pieced together like building blocks using cranes.

Some of the cofun structures are domed while others depress into amphitheatres. The different levels serve as stairs and benches, with lighting effects that flood the plaza at night. 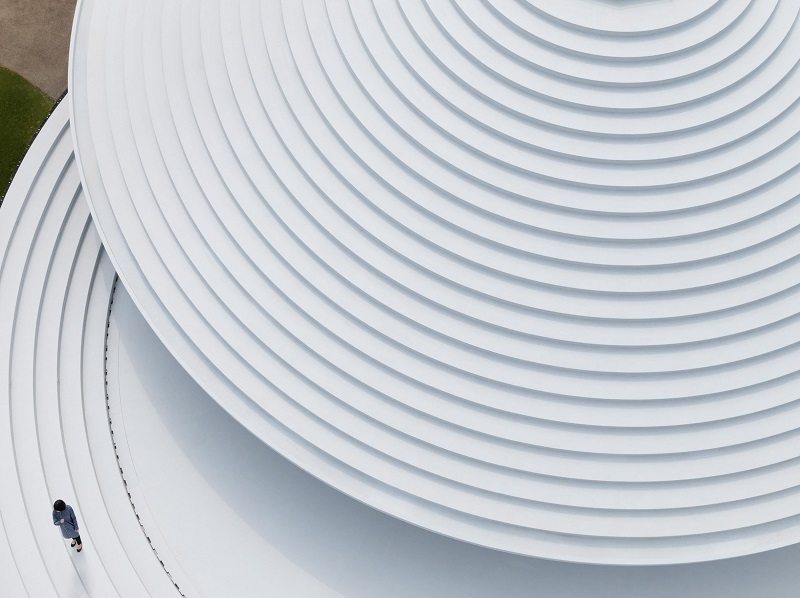 According to Nendo, ‘it is an ‘ambiguous’ space that’s entirely a café, a playground and a massive piece of furniture, all at once.’

In an attempt to encourage children to play, the innermost circle of one of the amphitheatres is bouncy. Play equipment, a bike rental service and an outdoor stage area also provided. 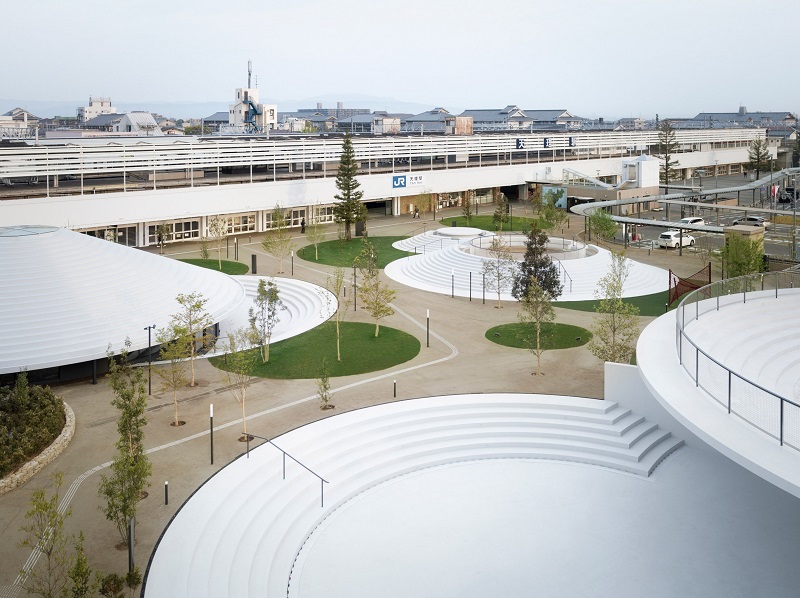 Retrieved from "https://www.designingbuildings.co.uk/wiki/CoFuFun"
Create an article