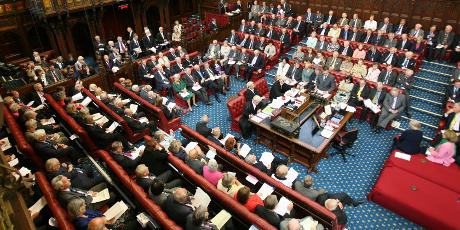 On 19 February 2016, The House of Lords Select Committee on National Policy for the Built Environment warned the government that it will miss its target to construct 240,000 new homes if only private developers are relied upon to deliver. Its report ‘Building Better Places’ included a sweeping range of recommendations that challenge some of the government’s recent policy initiatives.

They urge the government to rethink its position and allow a bigger role for local authorities and housing associations in the delivery of new housing alongside private developers, suggesting that as it stands, the ambitious targets are unlikely to be met in terms of either quantity or quality.

Addressing the recent flooding, the committee recommend that the government take steps to improve flood resilience for existing homes in areas at risk, with new requirements for all new homes that could be at risk to have such measures built-in.

According to the report, a Chief Built Environment Advisor role should be created to integrate planning policy and safeguard high standards and good practice across government departments. This is perhaps in direct response to the government having recently scrapped the Chief Construction Advisor role.

In a striking attack on government policy, the report urges reversal of the scrapping of the zero carbon homes initiative, emphasising that if a focus is placed only on the speed and quantity of new house builds, the likelihood is that design quality and sustainability will be impacted.

Baroness O’Cathain, chairman of the Committee on National Policy for the Built Environment, said: “If we build houses in the wrong place, to a poor standard, without the consent of local communities we are only storing up future misery for the people in those houses and others nearby. That is why we are recommending local authorities are once again empowered both to build new homes of their own, and to ensure all developments are of a suitably high quality.

“Spending a little bit extra on good quality design at the outset can avert massive costs to people, society and Government in the long-run. The Government should review the National Planning Policy Framework to make sure developers aren’t using financial viability to play fast and loose with design quality and sustainability. If developers submit substandard plans local authorities should be able to ask them to think again without builders falling back on questionable viability assessments to get their way.”

You can read the full report PDF here.

In November 2016, the government published Government Response to the Report of the House of Lords Select Committee on the Built Environment. This rejected most of the proposals set out in Building Better Places.

Retrieved from "https://www.designingbuildings.co.uk/wiki/Building_Better_Places_report"
Create an article